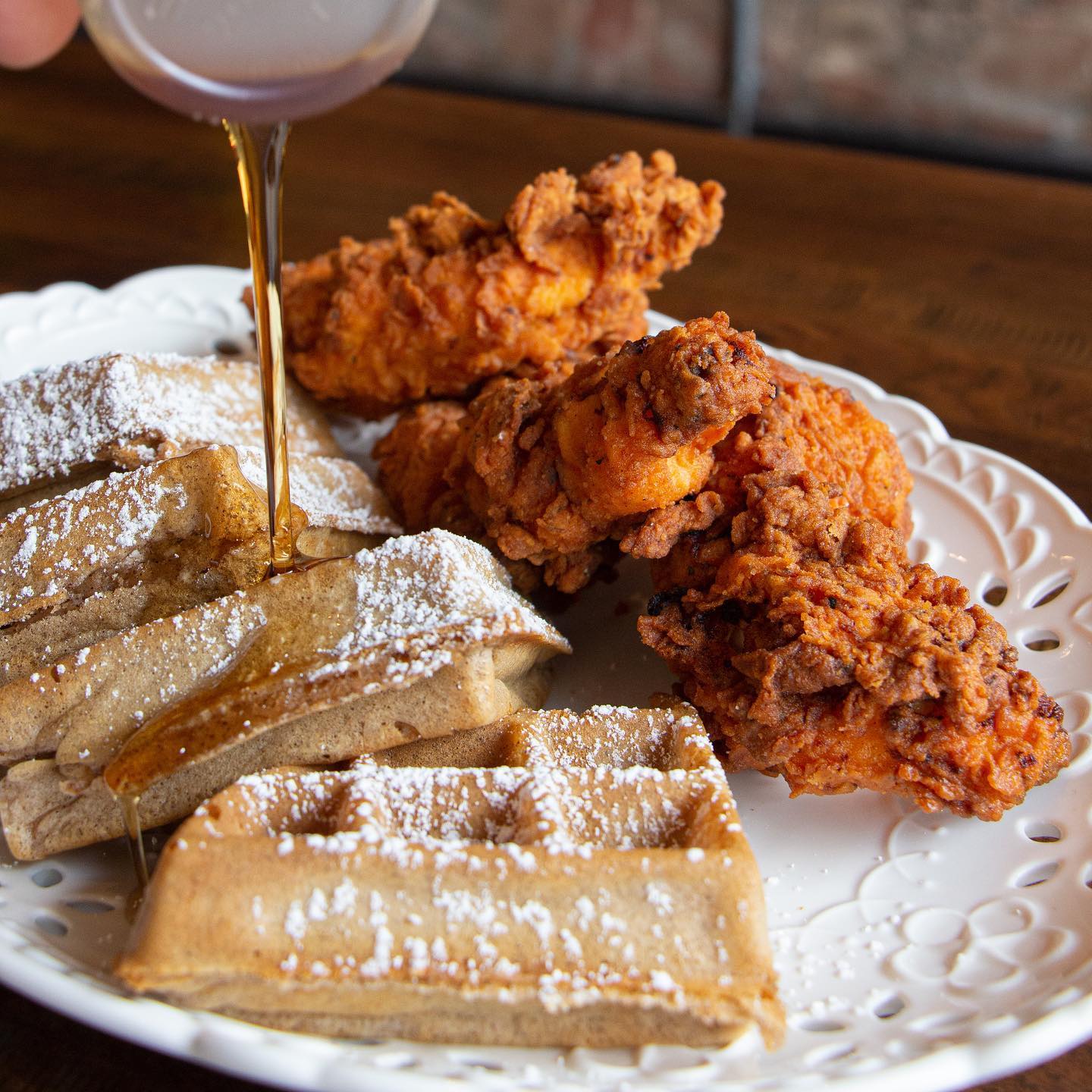 This sign is up at the first Milk & Honey Cafe location in Loudoun County — and the new brunch-centric restaurant should be opening soon.

The Burn first broke the news about Milk & Honey coming to the area back in February. The restaurant has taken over the space at the Dulles 28 Centre vacated by Cheeburger Cheeburger, a longtime burger joint.

That’s the center by the Wegmans and the Target at Waxpool Road and Pacific Boulevard just off State Road 28.

We spoke with a representative for the local brand who said — if all goes smoothly — they hope to open the cafe in early October.

Milk & Honey Cafe currently has six locations in the DC area. Many of them feature a full bar to augment your brunches, lunches and dinners. And indeed, the new Dulles 28 store will have a full bar as well.

There are also salads, as well as sandwiches including a Shrimp Po’ Boy and a Hot Honey Chicken Sandwich. Sides include Cheesy Hash Browns, Honey Butter Biscuits and a deep fried Lobster Tail.

We’re told the new menu at the Dulles location may feature some new or different items and we’re waiting to get our first look at the local menu. In the meanwhile, you can see the main Milk & Honey Cafe menu here.

Loudoun County is getting its first Lovesac store