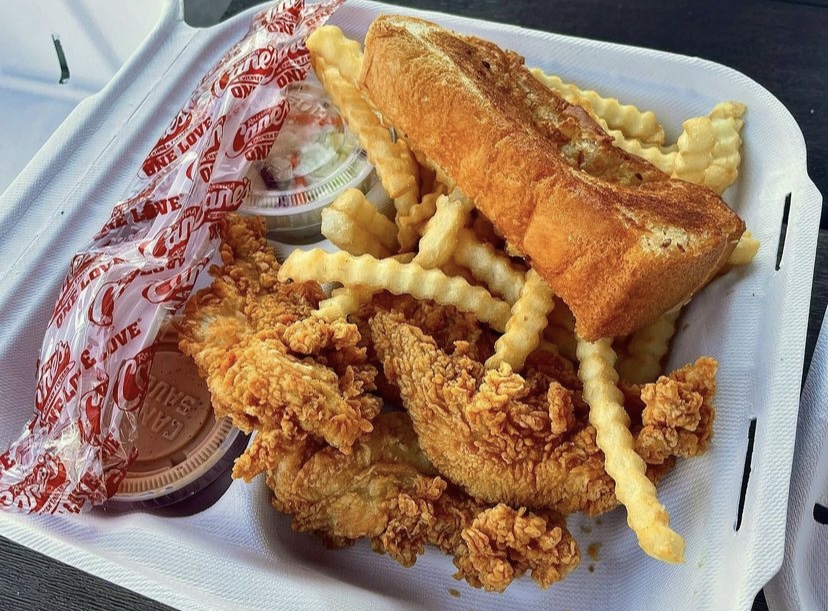 One of the most eagerly awaiting new businesses coming to Loudoun County — and Northern Virginia as a whole — has to be the pending arrival of Raising Cane’s. The chicken tender and chicken sandwich chain is opening its first location in the DC region in Sterling.

Now, the company has announced they are planning a grand opening for December. The word came via a press release that hiring for the new restaurant has started.

“In preparation for its NoVa debut this December, Raising Cane’s is hiring more than 150 local crewmembers for multiple positions ranging from crew to management-level,” the announcement read.

The Raising Cane’s in Sterling is under construction at the Dulles Eastern Plaza. That’s a shopping center near the intersection of Nokes Boulevard and Atlantic Boulevard near the Dulles Town Center mall. Raising Cane’s is going up on the site of a former bank building, in between a McDonald’s and a Chili’s Grill & Bar.

The new restaurant will have inside dining, an outside patio, and a multi-lane drive-thru according to the information released Monday.

The Burn was the first media outlet anywhere to report the news about Raising Cane’s entering the DC market. That was way back in September 2020 — more than two years ago. Planning, permitting, and construction have taken up the intervening years and now the building and the drive-thru lanes are taking shape.

If you’re not familiar with the southern brand, Raising Cane’s has close to 700 restaurants in more than 35 states. It’s actively expanding into new markets, including the DC market, with new locations in the works. But Sterling and Loudoun County will be first.

Business born from the pandemic brings beignets to Ashburn