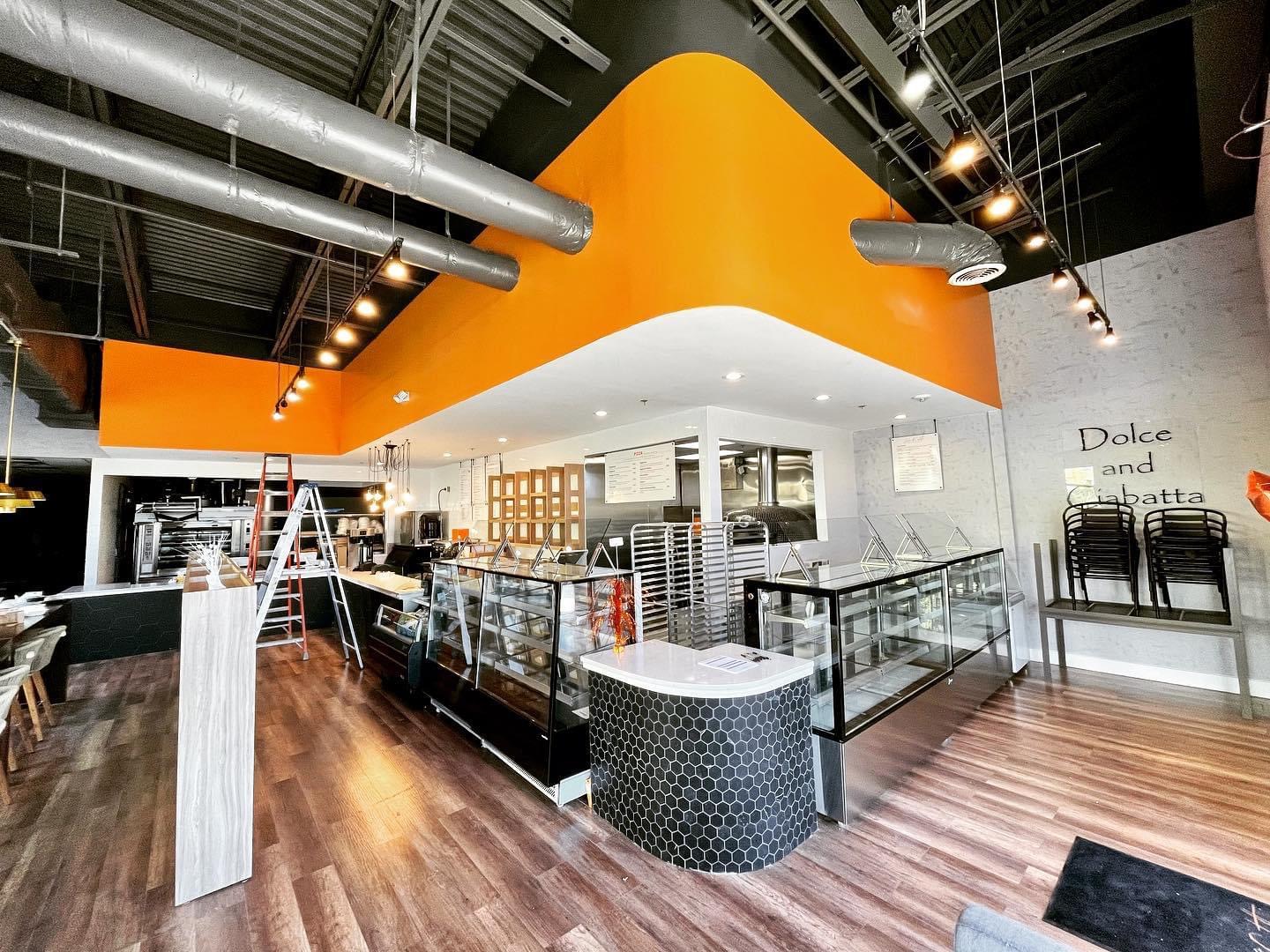 The long awaited opening of the second Dolce & Ciabatta location in Leesburg has officially been announced. The new bakery and restaurant will open next Thursday, October 27.

The popular bakery has taken over the former Cici’s Pizza spot in the Fort Evans Plaza II shopping center. That’s at the intersection in Fort Evans Road NE and Battlefield Parkway NE.

The Burn has been reporting on the new location for at least two years now, but progress was almost certainly slowed by the pandemic.

It appears the menu at the new restaurant will be expanded. Besides the many pastries and sandwiches that Dolce is famous for, they’ve also installed a large pizza oven.

The Dolce team made the announcement this morning on social media and included the above photo showing the nearly complete interior.