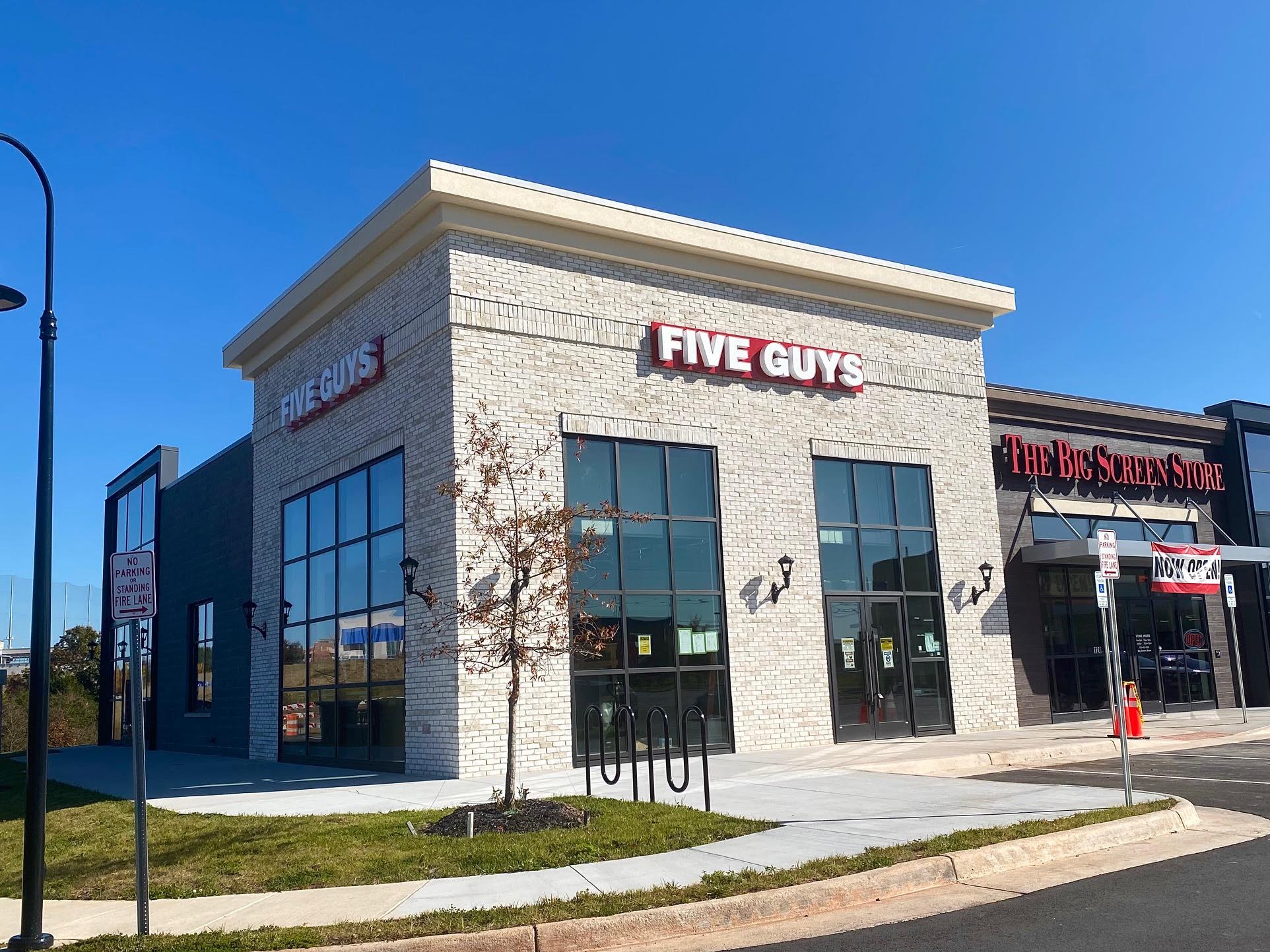 Progress at the new Five Guys burger joint coming to Loudoun County. We’re talking about the upcoming store at the Flagship Commons retail development in Ashburn.

It was back in June that The Burn broke the news about plans for the new Five Guys. It’s taking an endcap unit in the retail center next door to the giant Flagship Carwash across the street from One Loudoun.

That’s near the intersection of Loudoun County Parkway and Russell Branch Parkway.

Other tenants in the center include The Big Screen Store and Club Champion, a golf store — both of which have already opened. In 2023, a Dunkin’ Donuts is expected to join the line-up as is Corso 63, an Italian restaurant.

While the sign for Five Guys has been installed, a peek inside shows there is still some work to be done.

No official opening date has been announced yet. But we’ve been told the new Five Guys was hoping to open yet this year — so if things go smoothly, burgers, hotdogs, shakes and boardwalk-style fries could be coming our way soon.

An old farm near Ashburn becomes a modern winery