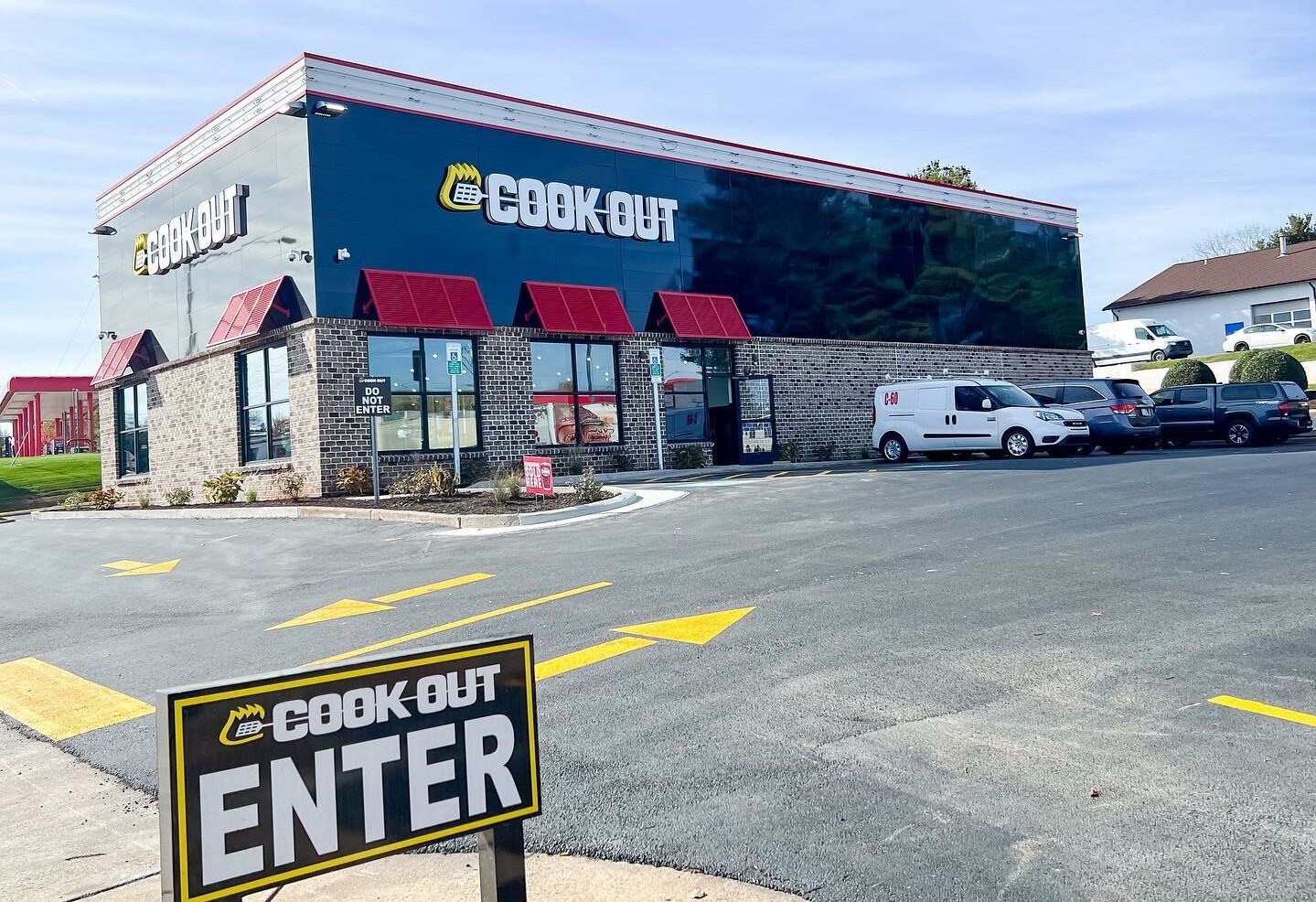 It’s been a long time in the works, but the day has finally arrived. The new Cook Out fast-food restaurant has opened its doors in Manassas Park.

The Burn was the first media outlet to break the news that Cook Out was entering the Northern Virginia suburbs with our report back in May 2021. Since then, work has made slow by steady progress until a few months ago when everything looked complete and a manager said an opening was imminent.

Then crickets. But whatever the delay, the day has arrived. Cook Out made the announcement via social media.

“The moment we’ve been waiting for

For neophytes to Cook Out, the company was founded in 1989 in Greensboro NC. It has expanded steadily in the southeastern United States and there are now roughly 300 locations in 11 states. It has a enthusiastic fan base for its burgers.

A location opened in Winchester last December, but Manassas Park is the first one in the Northern Virginia DC suburbs.

The brand is best known for its burgers and milkshakes, but they have many other things on the menu as well. There are chicken sandwiches, chicken tenders, hot dogs, corn dogs, wraps and more. You can see the full Cook Out menu here.

(Image at top: Cook Out)

Sign goes up at Lululemon store in One Loudoun