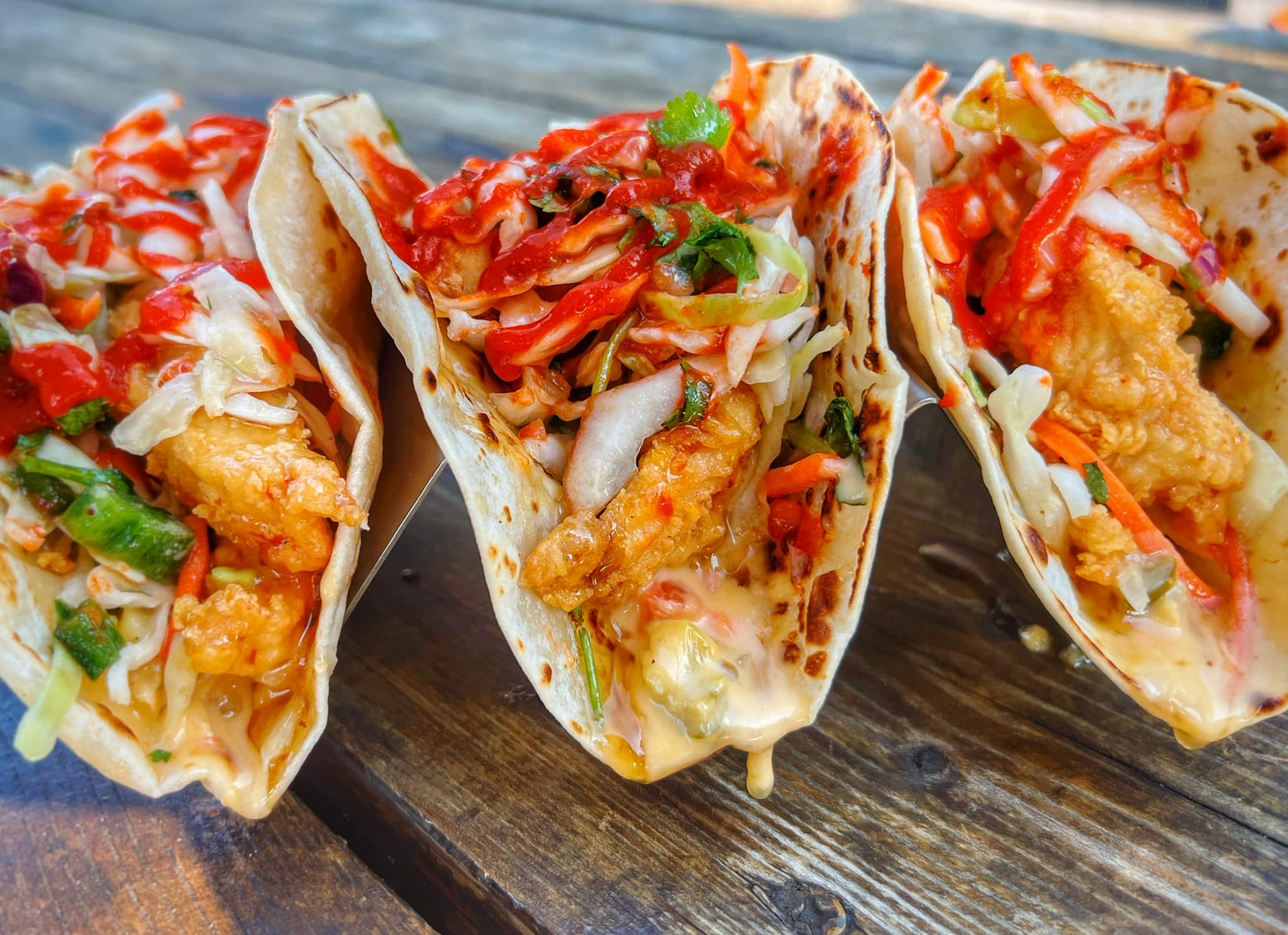 (Updated: 11-15-22) The Rusty Taco restaurant chain is bringing its handmade tacos, its nachos and its margaritas into Northern Virginia for the first time. The only catch — it’s going to be inside Dulles International Airport.

According to publicly available documents, Rusty Taco is planning a location at IAD. We know it’s going to be in Concourse D, but the exact location isn’t available yet. However, it will include a seating and bar area, as well as a counter for ordering.

Rusty Taco is a national brand founded in Dallas back in 2010. Today, there are more 30 locations scattered in major cities across the country. Here in Virginia, there are two locations in the Richmond area, but none in NoVa.

It’s part of a larger parent company that also owns Arby’s, Jimmy John’s, Dunkin’ Donuts, Sonic, and many others.

Tacos on the Rusty Taco menu include a Picadillo Taco, a Baja Shrimp Taco, a Fried Chicken Taco, a Black Bean Taco, and more. There are nachos, sides, margaritas, churros and other items as well. You can see the Rusty Taco line-up here.

So far, no word on when the new Rusty Taco will open. And there’s no word if this is the start of a brand expansion into the greater DC market, or just a one-off at the airport. We’ve got messages in for more information.

Regardless — at least when you’re flying in or out of Dulles, you’ll soon be able to stop in for a tasty taco treat.

The Human Bean officially opens in Sterling next week