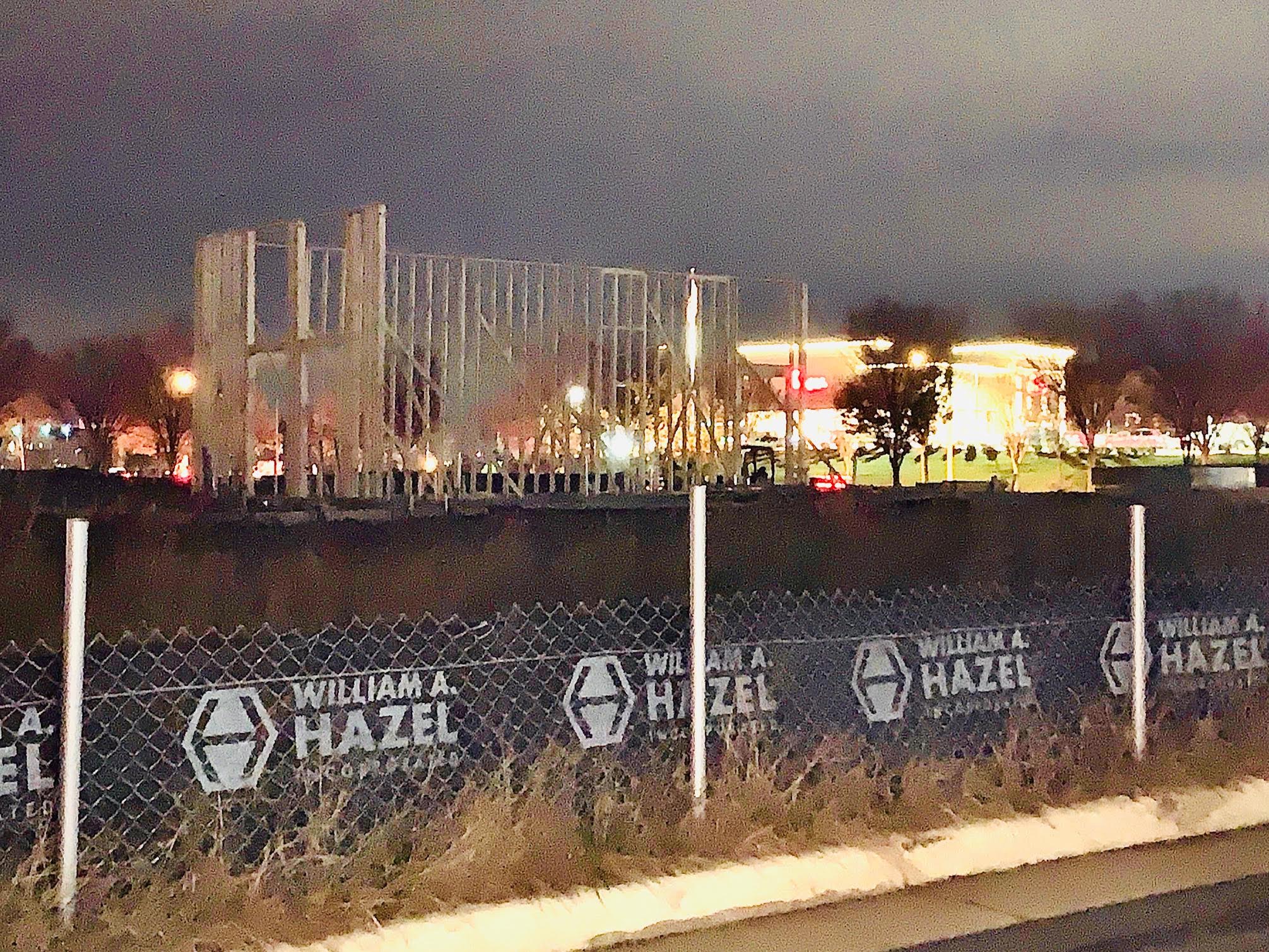 A little breaking news update to share with everyone who is eagerly awaiting the arrival of the new Sonic Drive-In coming to Leesburg. A milestone has been reached with the first walls going up at the new fast-food restaurant.

A big thanks to FOB (Friend Of the Burn) Dave W. for keeping an eye on the site the Oaklawn development at Battlefield Parkway SE and Miller Drive SE. He sent us this photo when he spotted the wooden framing tonight.

In construction, this point sometimes called “going vertical.” The site work has already been done and the foundation was being poured a couple of weeks back. Now, the building is being framed out and a lot more people will start to notice the activity at the site.

The Burn was the first media outlet to break the Sonic news three years ago — in November 2019. The plans were officially announced a year later, but it wasn’t until this summer and fall that work at the site really got going.

The first Sonic in the DC Virginia suburbs opened in Manassas back in 2019. There’s also one out in Winchester. Leesburg will be only the second location on NoVa proper.

It’s still too soon for an opening date, but the last word we heard was that the owners were targeting a Q2 2023 opening, although it could come sooner if construction move quickly.

A Place to Be music therapy headed to Village at Leesburg