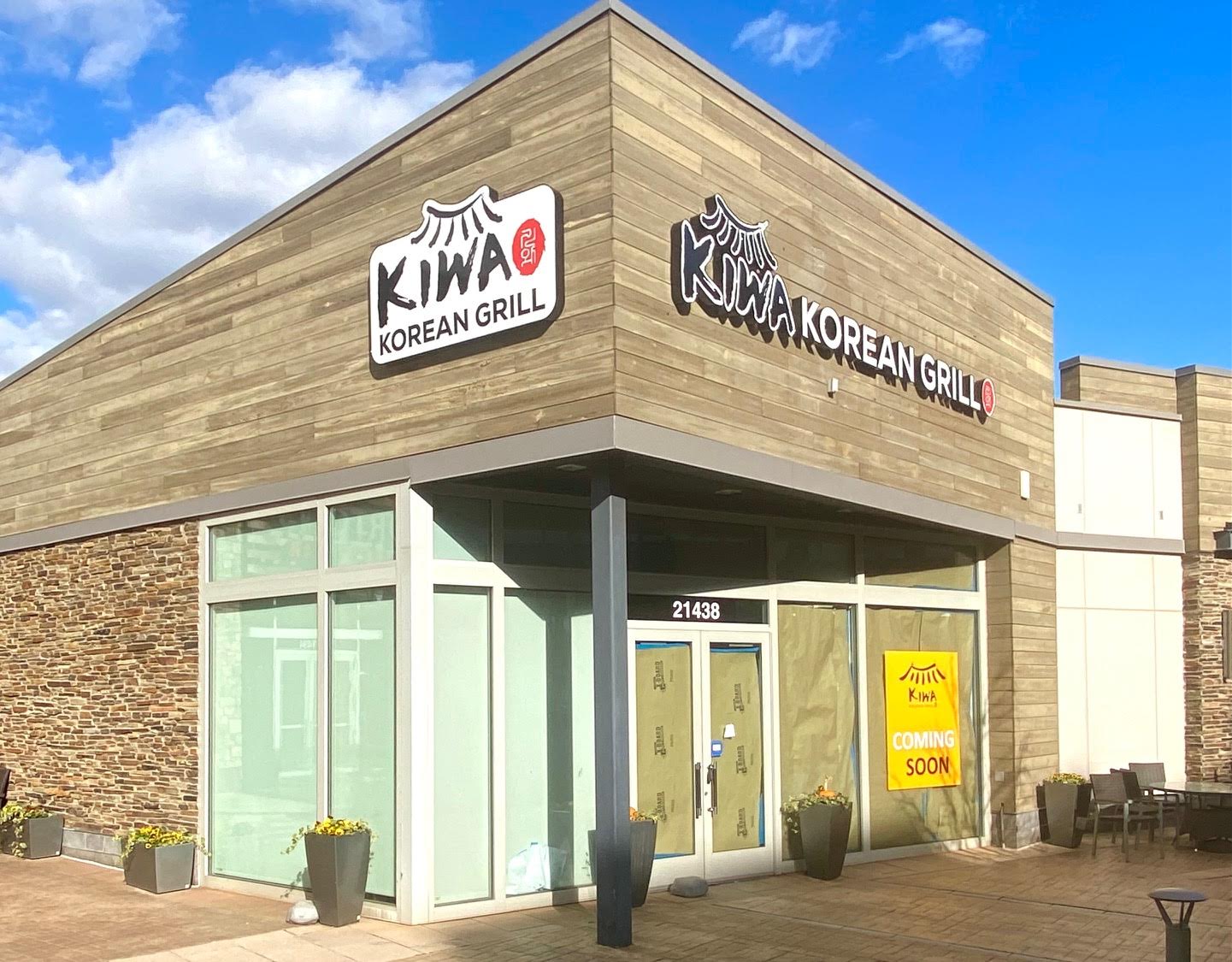 Some visible signs of progress at a new Korean restaurant coming to the Cascades Overlook development in Sterling. Several signs have been installed over the doors at Kiwa Korean Grill.

The Burn first reported about Kiwa back in May. We’ve been told the restaurant will feature the popular Korean barbecue concept with burners right on the table.

Customers order and then cook up the meats themselves, while servers bring a variety of sides and sauces.

Kiwa has taken over the 4,600 s.f. space that used to be Marumen, a ramen restaurant that closed in August 2020.

Before that, it was a seafood and sushi restaurant called Ocean Blue. The spot is next door to Burtons Grill & Bar.

The owners of Kiwa also own other restaurants in Northern Virginia. They say they are hoping to open their new place in Sterling sometime in January or February.

Burning Question: What is going into the former Joann Fabrics in Leesburg?