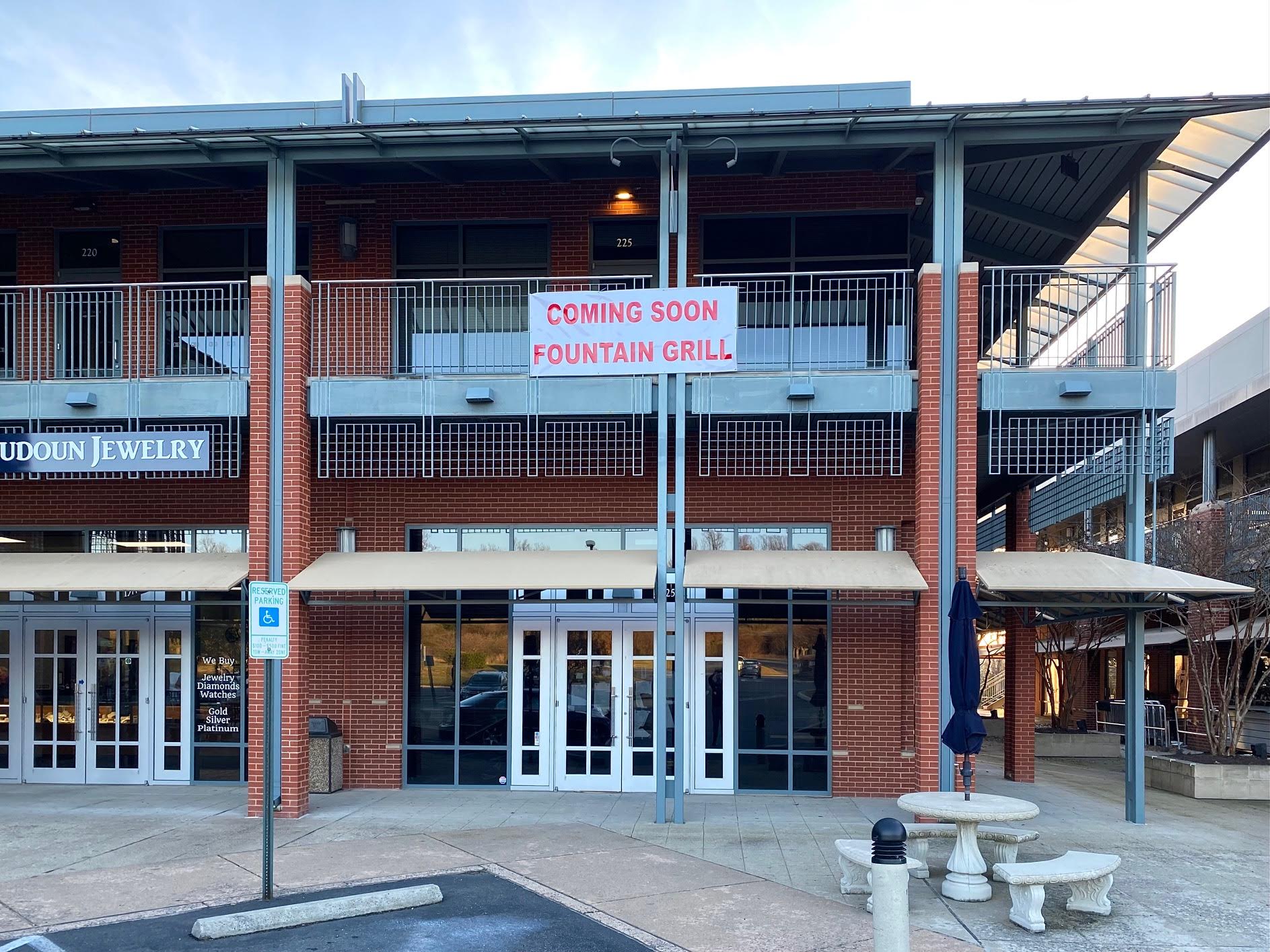 Well, we know a new restaurant is coming to Ashburn — and we know that it’s going to be called the Fountain Grill. But that’s about all we know so far.

A kindly reader alerted us to a banner that has been hung on the side of a space in the University Commerce Center.

That’s the retail and office complex along George Washington Parkway on the north side of Route 7 that is also home to Wicket Door Pub and Taco Zocalo.

We looked in the windows of the new Fountain Grill space — which is next door to the former Saigon Outcast — and we can see a series of booths on the right hand side. A bar height table sits in the middle. 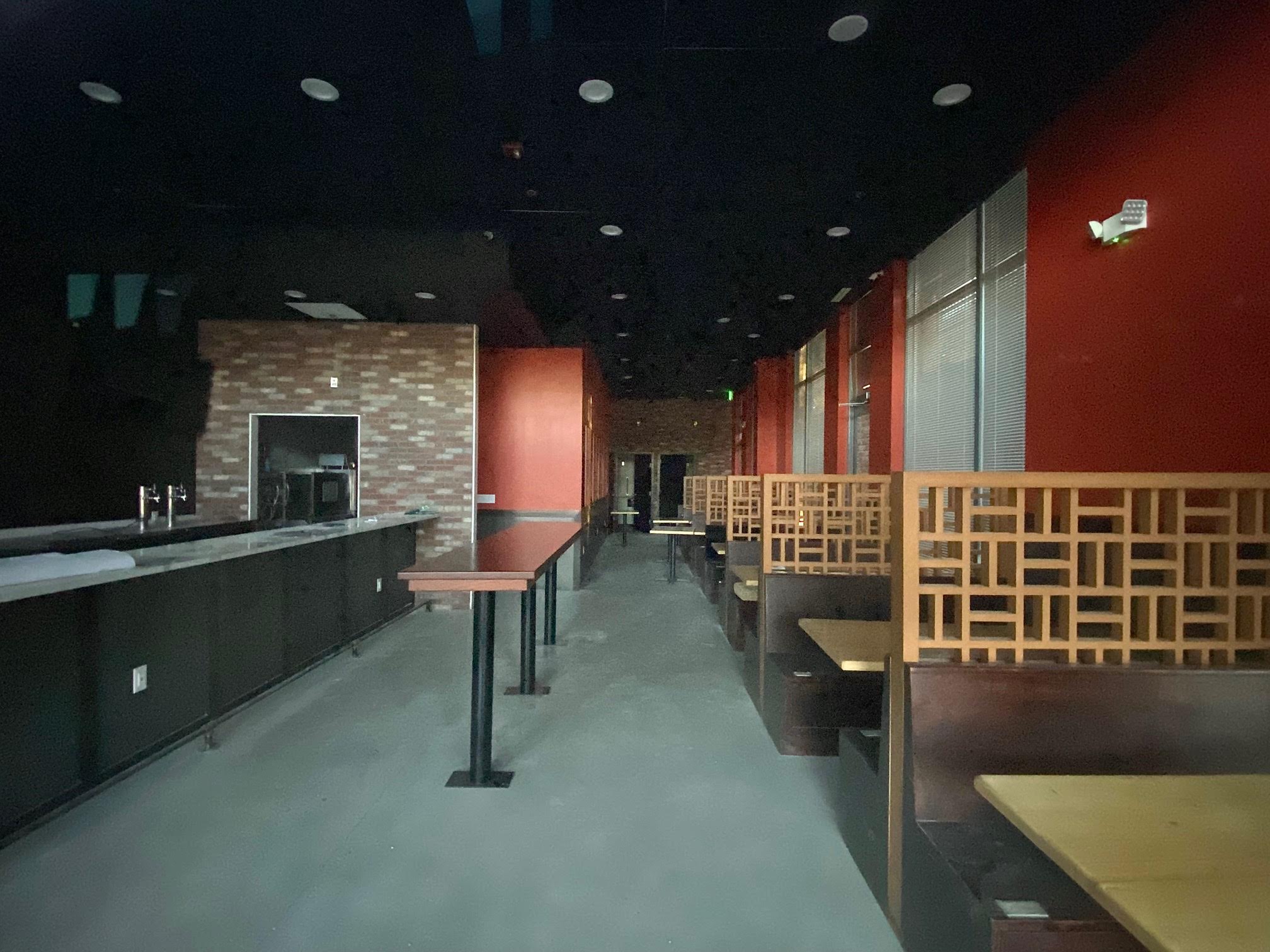 Over on the left side of the space, there is a bar or counter. We could also see what appears to be several beer taps.

So far, there’s no other information about the new restaurant. We’ve got some messages in and we will follow up once we know more about the Fountain Grill menu and the planned opening date.