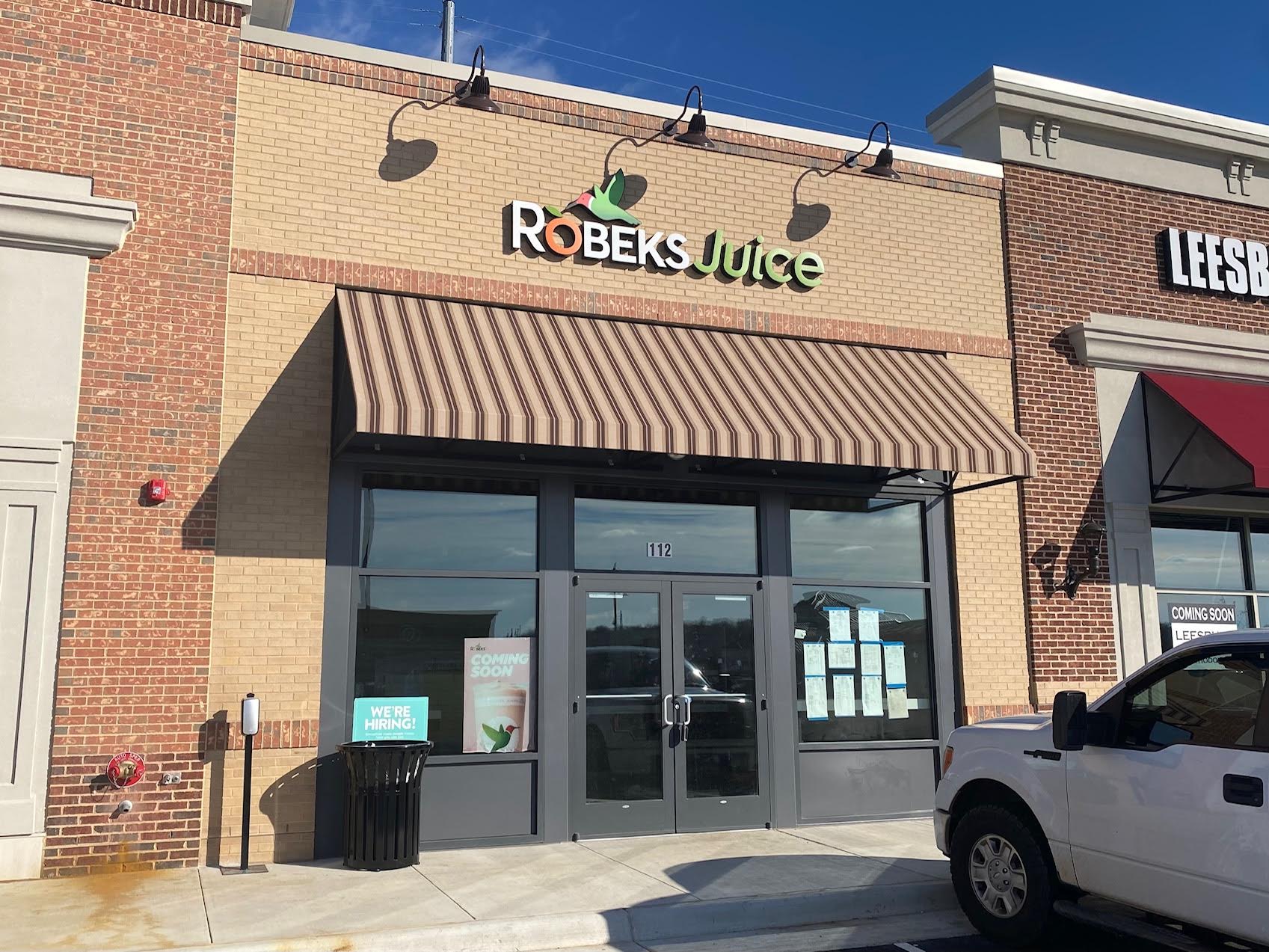 A new juice and smoothie shop in Leesburg is nearly complete and preparing for its opening day. We’re talking about the Robeks that’s coming to the Shops at Russell Branch center.

The sign has gone up over the entrance and the finishing touches are being put in place inside. We’re told that if all goes smoothly, they hope to open in early January.

Robeks is the latest retail coming online at the Shops at Russell Branch. Other tenants there include an Aldi discount supermarket, a gas station, a Virginia Auto & Tire, and the Brite Wash Auto Wash.

The landlord is currently marketing two additional pad sites — open parcels of land where buildings could be built. 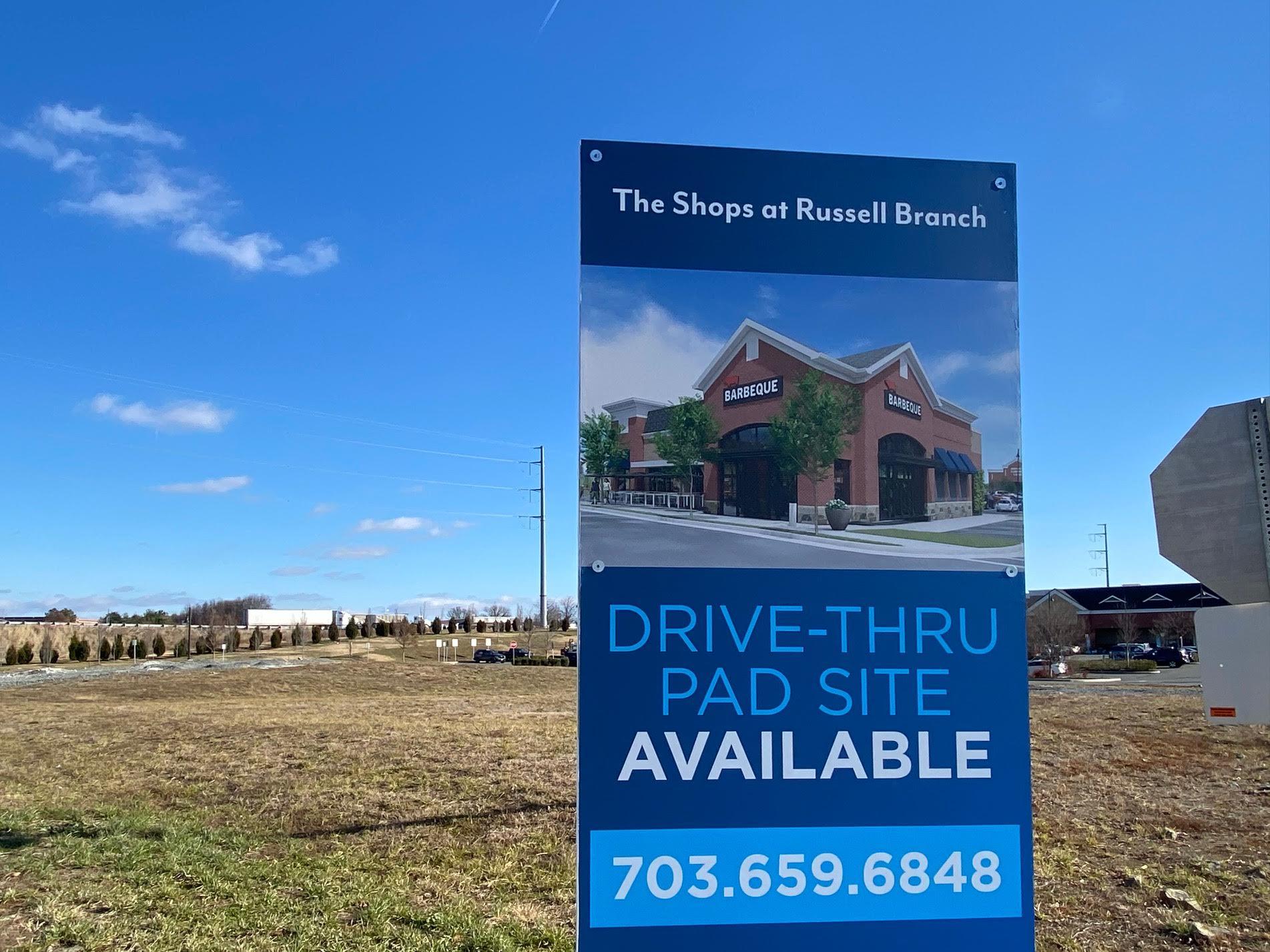 Both are being suggested as possible drive-thru restaurant spaces. So far, no word on any committed tenants for the pads.

We’re staying in touch with the owner of the new Leesburg Robeks. The Google listing for the new store says it is aiming for a January 15 opening, but it could come sooner, so stay tuned for an official announcement soon.

Loudoun's first Dash In Kitchen getting closer to opening