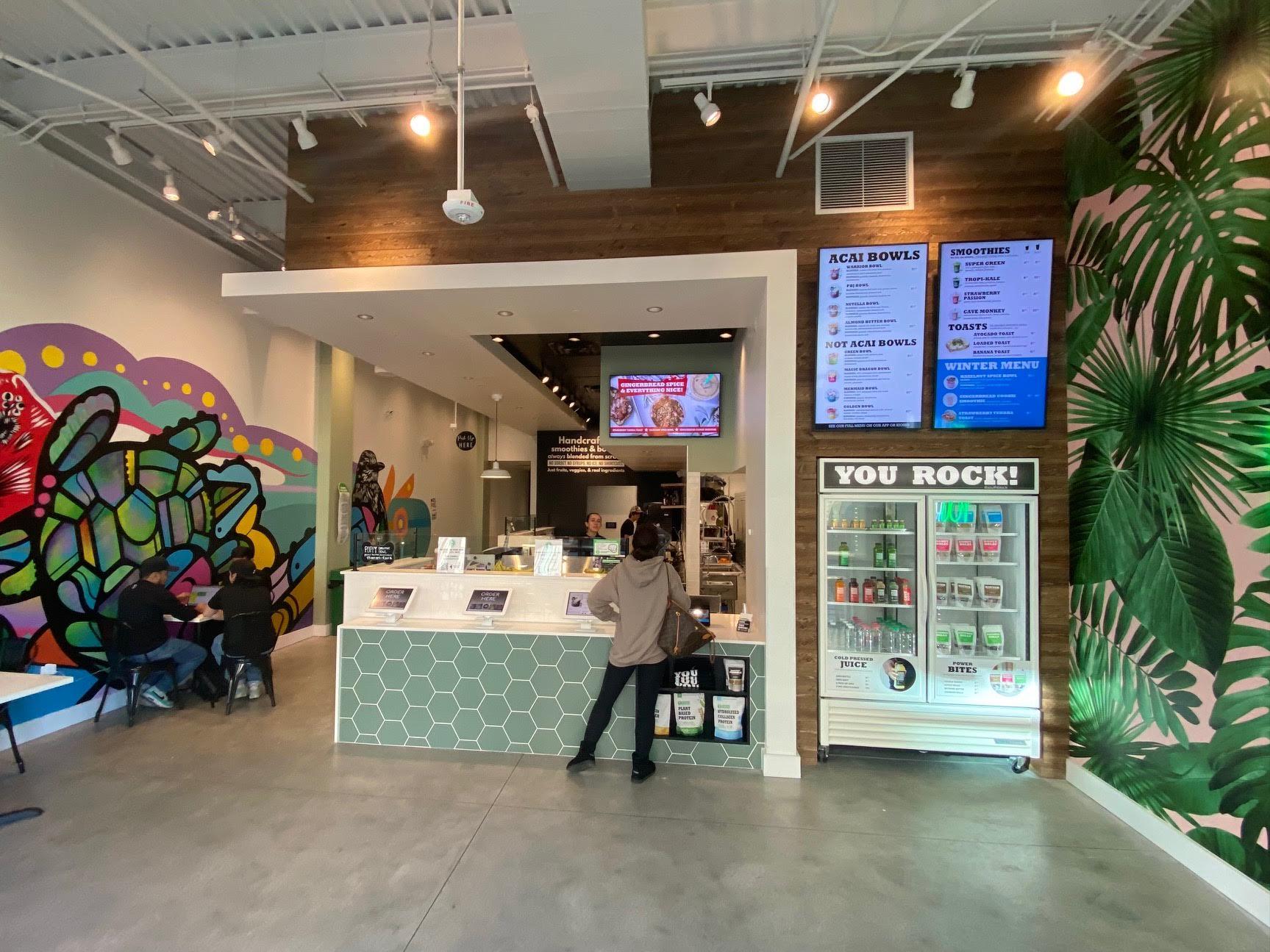 The first South Block location in Loudoun County has announced its official opening date. It will be Sunday, January 8. The açai bowl, juice, and smoothie shop is coming to One Loudoun in Ashburn.

South Block opened its doors briefly today and held a test run and we got a look inside. The plan is to next open to the public a week from Sunday.

A larger opening celebration — perhaps even a “block party” (get it? South Block. Block party) — is being planned for a little further into the new year.

The Burn first reported that South Block was headed our way last March. It is joining a slew of new retail opening on a new block recently construction in One Loudoun.

Its neighbors include the recently opened Sephora, Lululemon, and Warby Parker stores, as well as Madison Reed and Sweetgreen, which are coming soon.

Burning Question: When will the new Lotte Plaza in Sterling open?