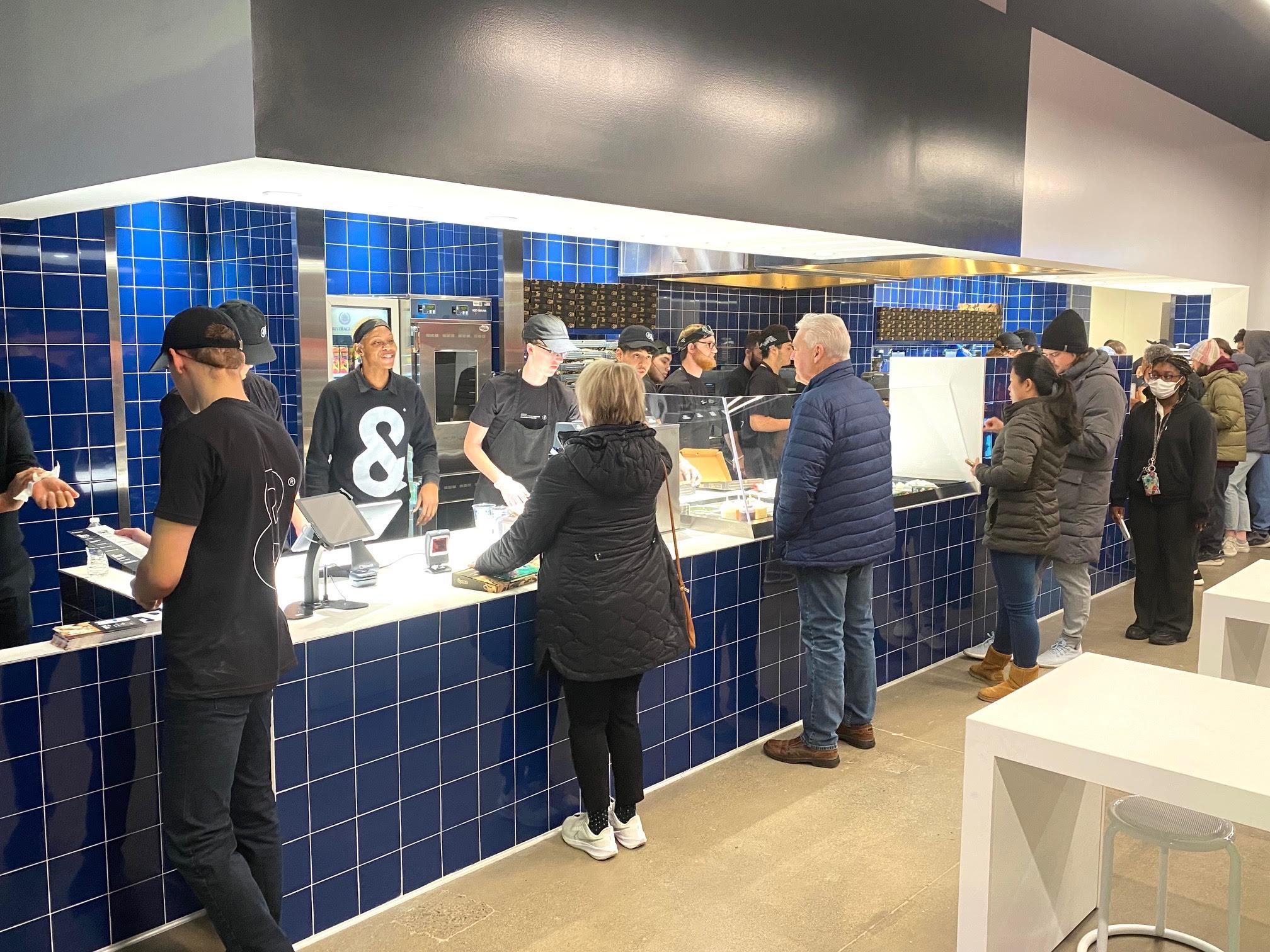 Today — Wednesday, January 11 — is opening day at the new &pizza restaurant at One Loudoun in Ashburn. Last night, they held a practice run-through and invited friends and family (and The Burn) to come check the pizzeria out. 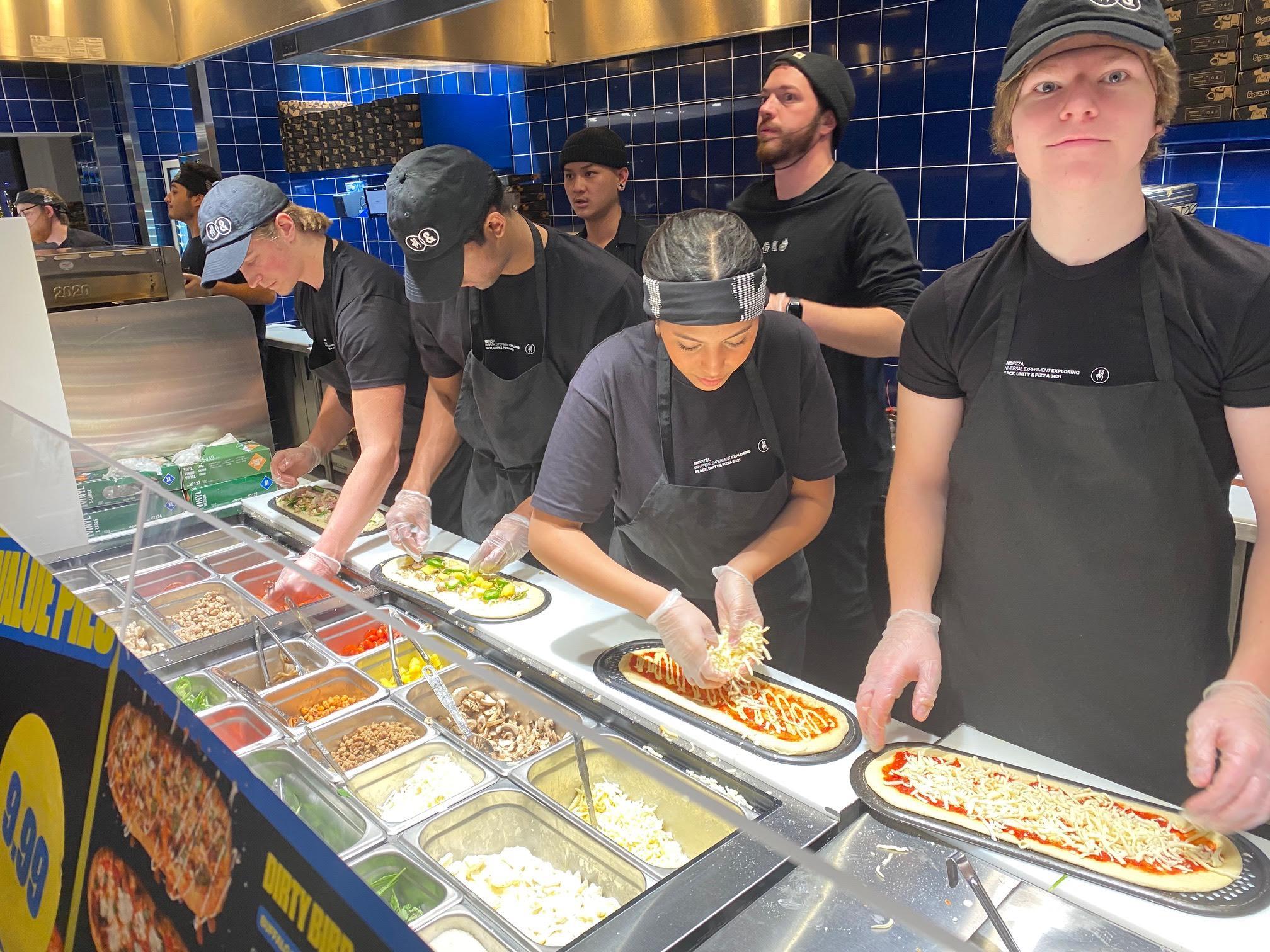 DC-based &pizza has locations across the region and around the east coast, but if you’re not familiar, it’s a fast-casual restaurant where you order at a counter and watch as your pizza is assembled in front of you.

From there, it’s popped in a quick bake oven — we’re told the pies cook in about 2 1/2 minutes — and then you can add toppings and — voila — you’re done.

Dozens of people turned out for the sneak preview and the line stretched through the restaurant. We tried the Maverick — a meat lovers style pizza — but we topped it with arugula because we’re all about being healthy too. 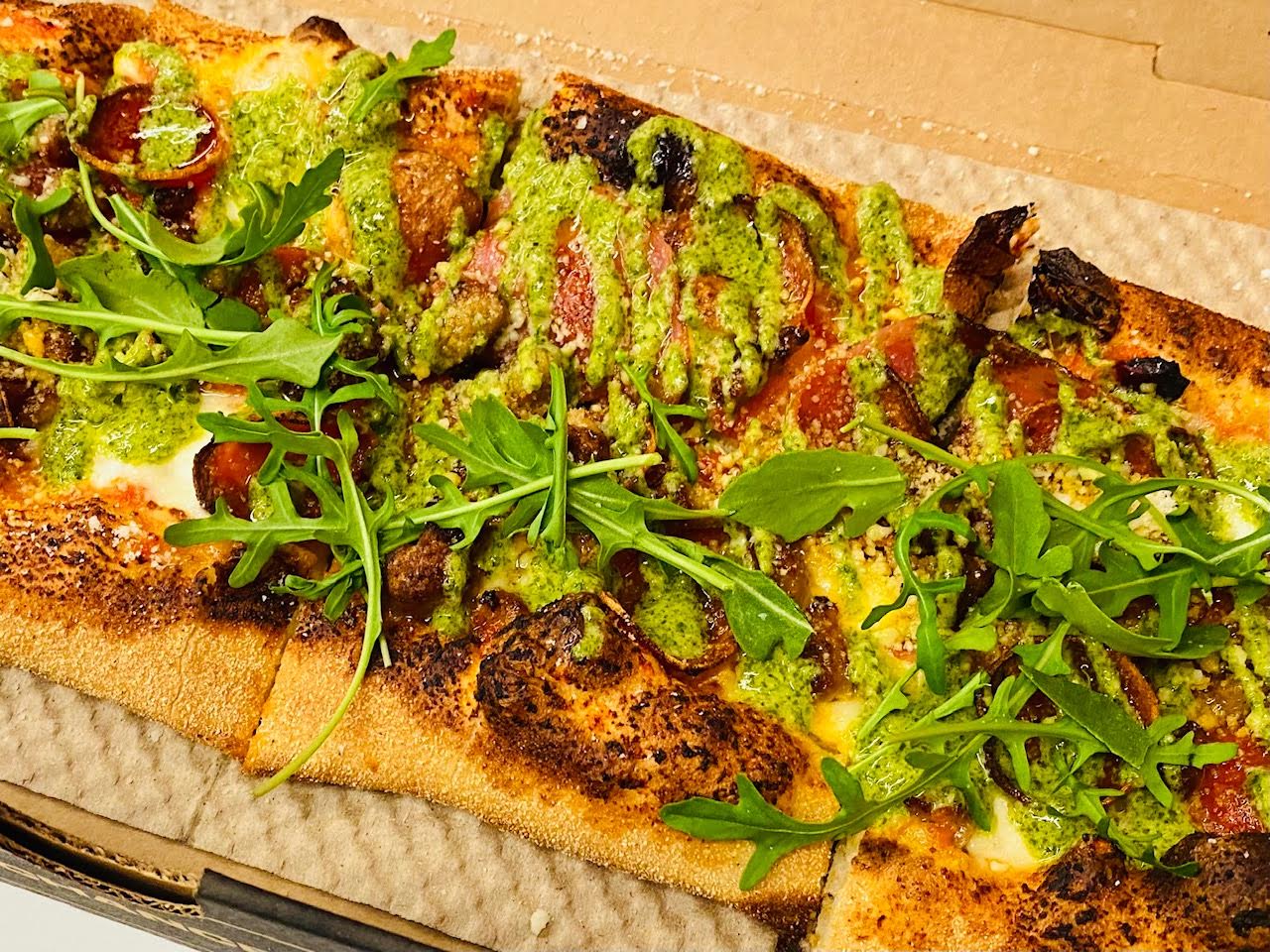 The restaurant officially opens to the general public at the lunch hour today at its spot tucked in between Nando’s Peri-Peri and The Meadows Frozen Custard, facing One Loudoun’s central plaza. 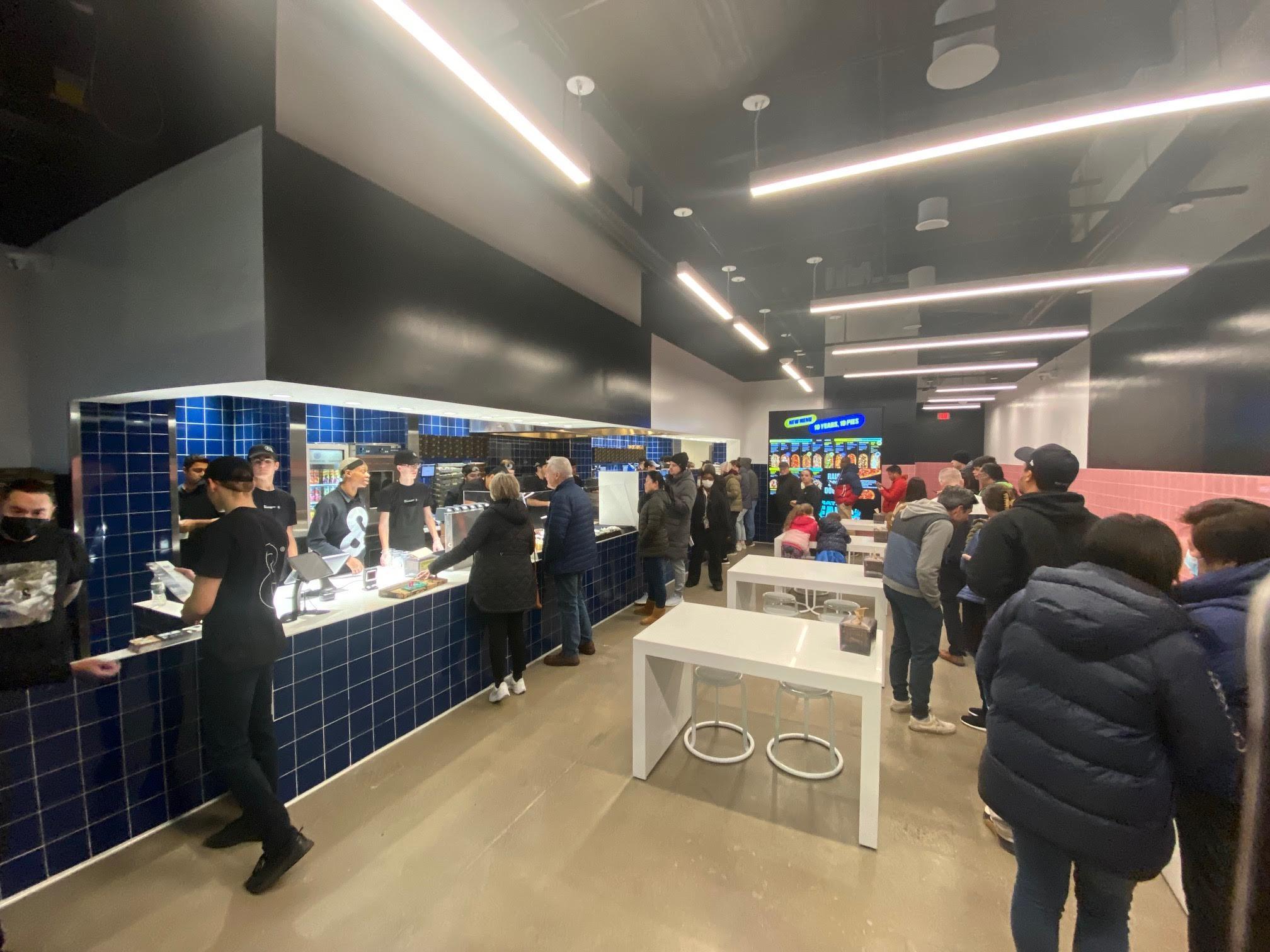 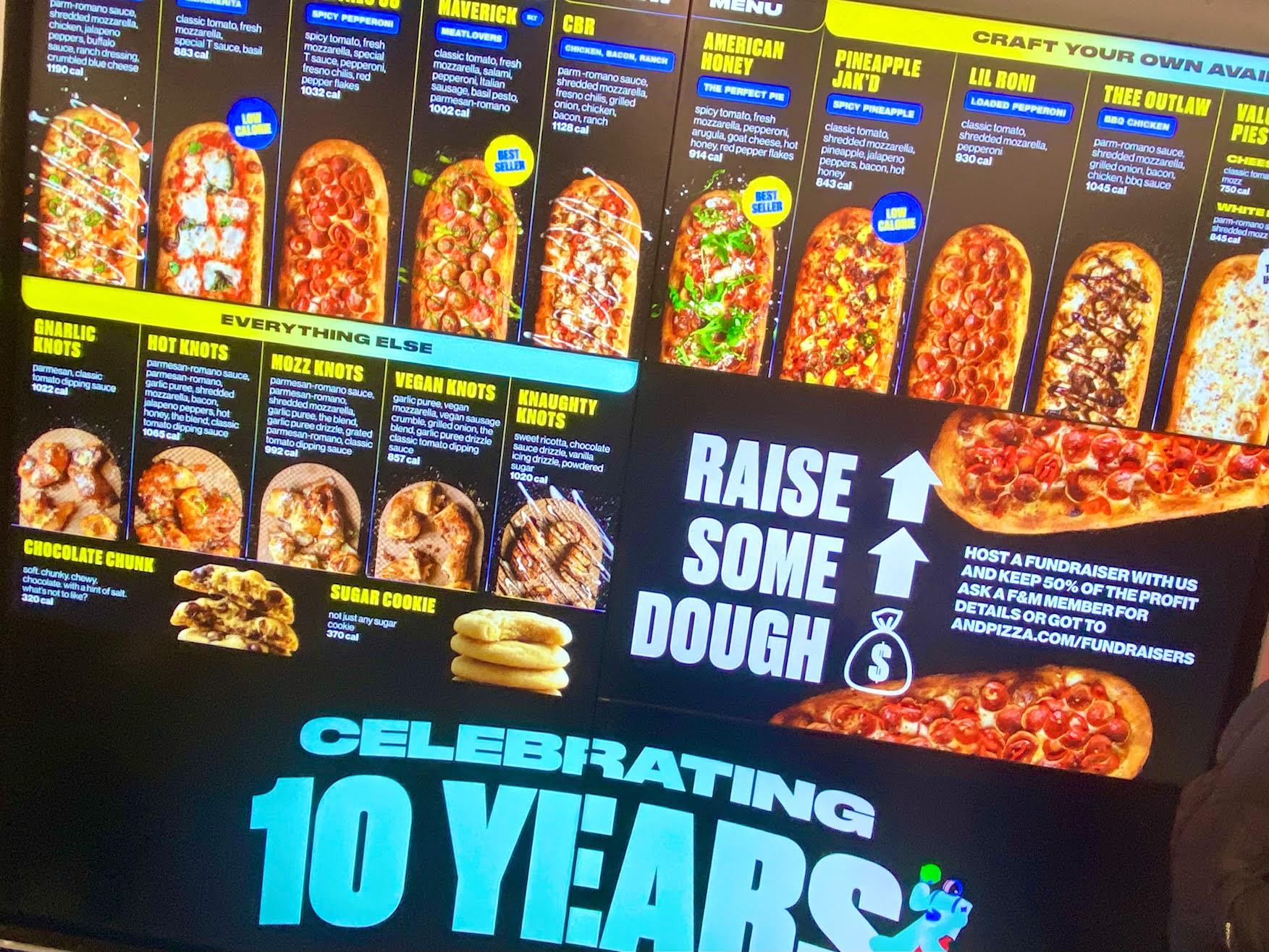 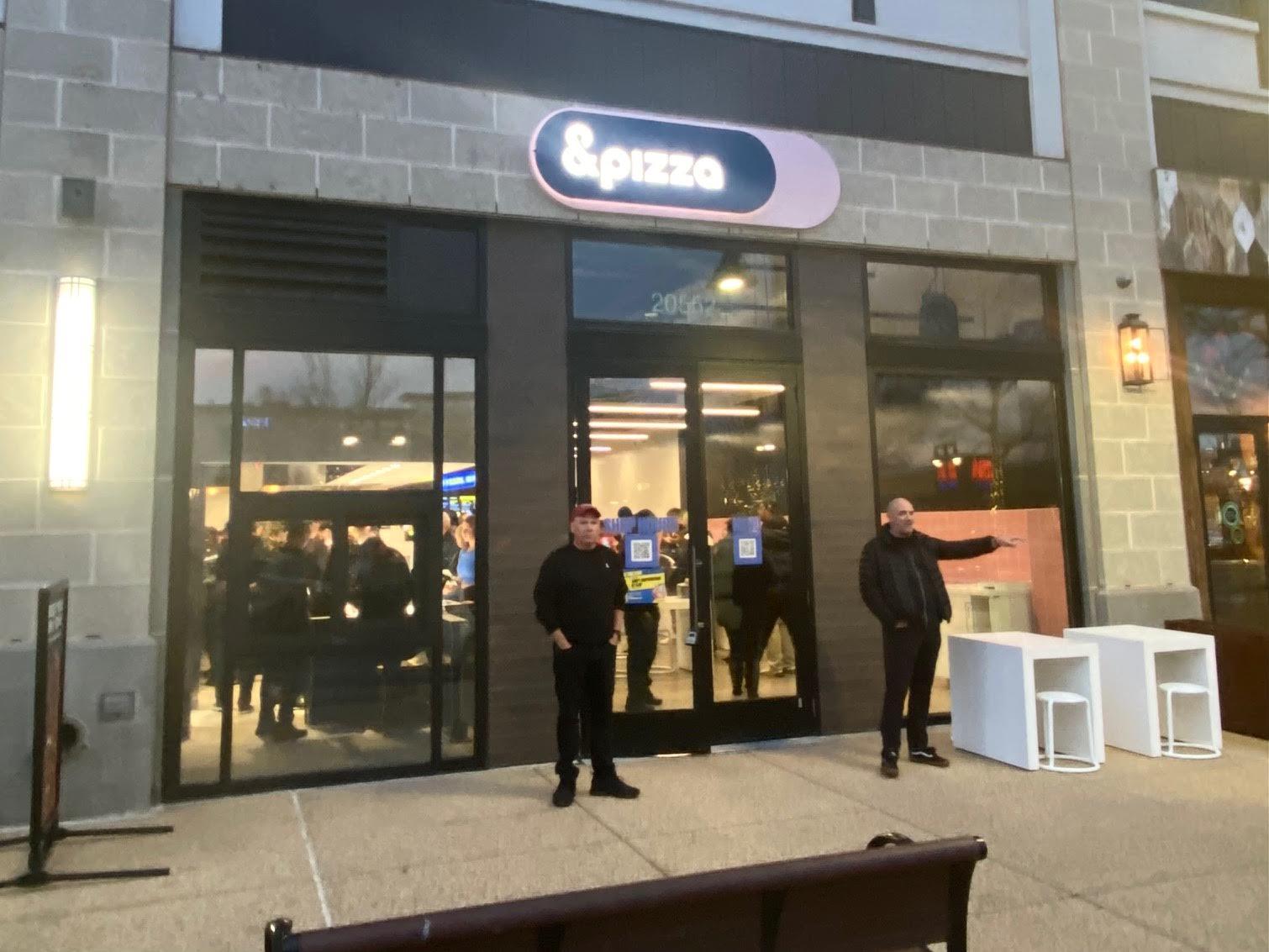 January issue of Ashburn Magazine hits the streets this week