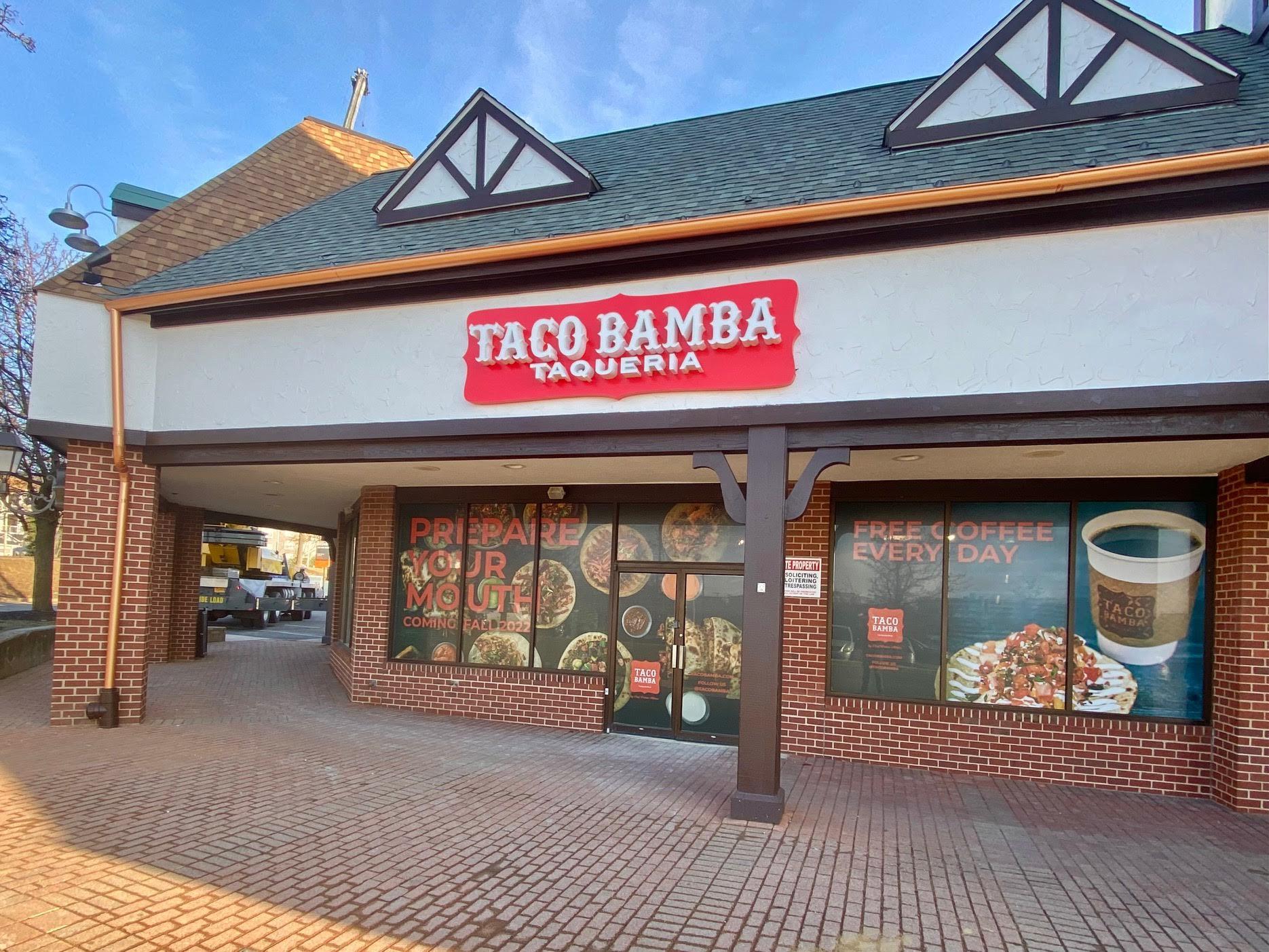 There’s some progress to report at the upcoming Taco Bamba location headed to Herndon. The new restaurant — part of a popular regional chain — will be the closest one thus far to folks in Loudoun County.

A year ago — in January 2022 — we reported on the plans for Taco Bamba to take over the Rubino’s Pizzeria location in the Village Center at Dulles shopping plaza. That’s at the intersection of Centreville Road and Sunrise Valley Drive, just off of 267 at Exit 10.

Rubino’s closed last summer and the takeover of the space began. While the signs have been mounted on the facade outside, The Burn took a peek inside and there is still a fair amount of construction to be done. An opening is not imminent.

Taco Bamba was created by celebrity chef Victor Albisu, who has headed up several acclaimed restaurants. He has appeared on various television programs as well, including The Burn’s favorite, “Beat Bobby Flay.” Albisu beat Flay in the competition with his signature dish of steak & eggs.

According to the Taco Bamba website, there are 11 locations open or in the works. Ten are in the greater DC area, while one is getting ready to open this spring in Raleigh, NC.

Right now, the company says the new Herndon location should open sometime in Winter 2023 — which means in the next few months. We’ve got messages into the Taco Bamba HQ for more details.