The popular chicken sandwich restaurant wants to open a store off Battlefield Parkway.

Developers are planning to build two new drive-thru fast-food restaurants at the intersection of Battlefield Parkway and Miller Drive. Based on plans submitted to the town of Leesburg, one of the 5,000 s.f. buildings would be home to a new Chick-Fil-A. 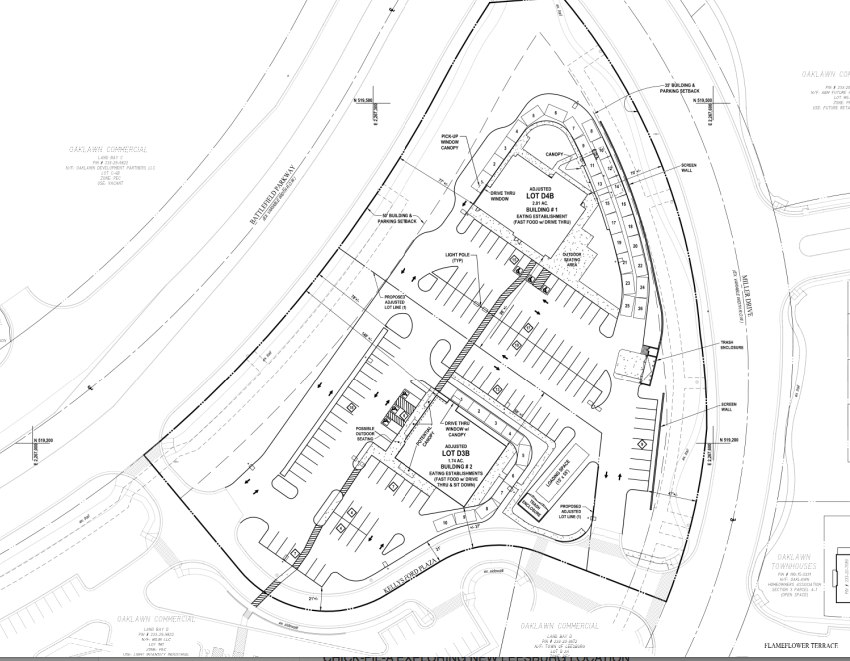 The Burn first learned of the plans back in June and now a public hearing is scheduled for November 15. The Chick-Fil-A building would be right at the intersection and include a drive-thru capable of accommodating 27 vehicles.

The second building next door would also include a drive-thru and could be home to one restaurant or even two. No possible tenant for that building have been announced.

Chick-Fil-A is rapidly adding locations in eastern Loudoun. Locations have recently been announced for the Lansdowne Town Center and next door to the Red Robin restaurant in Ashburn.