One new fried chicken brand is coming to Ashburn, and two more are circling the area. 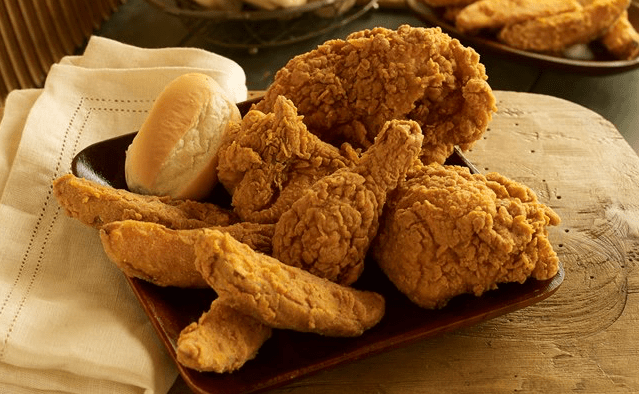 Full disclosure right up front: The Burn has a pretty big obsession with good old fashioned fried chicken. So that’s why we’ve been excited to learn about some new fried chicken options potentially coming to the greater Ashburn area.

The latest news broke today when the Washington Business Journal reported that the Bojangles restaurant chain is making a major push into Northern Virginia. They have three franchisees lined up locally and hope to open Bojangles locations, featuring their popular fried chicken, “everywhere from Springfield to Manassas to Fredericksburg to Winchester,” according to the article. Fingers crossed a Loudoun location makes it on that list.

Meanwhile, as regular readers of The Burn know, the Maryland-based Royal Farms convenience store chain is getting ready to build their first Loudoun location right in the heart of Ashburn, near the intersection of Claiborne Parkway and Broadlands Boulevard. It will be going up in the same Van Metre development where the new Lidl grocery store is opening. And just like Wawa convenience stores are famous for their hoagies, Royal Farms stores are famous for their fried chicken. (The Burn has tried it in Maryland and it’s very good.)

Finally, while we don’t regularly cover Reston Town Center news, our heart skipped a beat the other day when we noticed a new restaurant called Hen Penny had taken up roost there. It’s a fast-casual fried chicken restaurant. Hen Penny is a spin-off of the Hen Quarter restaurants which have locations in Alexandria and Silver Spring. This is the first Hen Penny location, and if successful, they reportedly hope to open 20-25 more in the DC market. When we asked if they had any idea where, employees said they had heard rumors of a possible Sterling location.

Stay tuned to The Burn for all your breaking fried chicken news.

SIGNS UP, DOORS OPEN AT THE FRENCH HOUND