First one is coming to South Riding. Ashburn could be next.

UPDATE 2-12-18: This story has been updated to reflect new information about the approved location for a fuel station at Southern Walk in the Broadlands. The site is in the Harris Teeter parking lot along Mooreview Parkway. Which makes more sense because there’s more room there.

For several years now, Harris Teeter supermarkets have been slowly adding “fuel centers” (to use their parlance) at locations in the Southeast. There are fuel stations in South Carolina, North Carolina (where HT is based) and last year, gas pumps starting going up at HT locations in Virginia. Now, the first one is coming to Northern Virginia — and it will be right here in Loudoun. 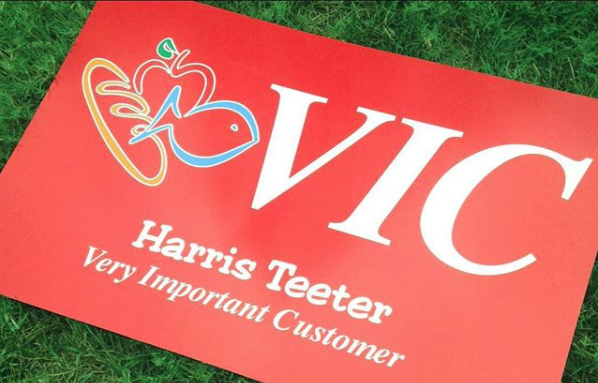 In the past, Harris Teeter fuel locations have sold gas at up to 20 cents off a gallon during their grand openings. Shoppers can use their VIC cards to get a small discount every day.

Meanwhile, Ashburn could be next for an HT fuel center.

There has long been talk of an HT fuel station being added to the Harris Teeter in the Broadlands at the Southern Walk center. Plans were approved by the county back in 2016 for 14 gas pumps and a small kiosk to be added to the parking lot along Mooreview Parkway there. It’s been radio silence for more than a year now, but The Burn is hearing that there could be movement on that project in the next few months.