The location has been in the works for nearly two years. 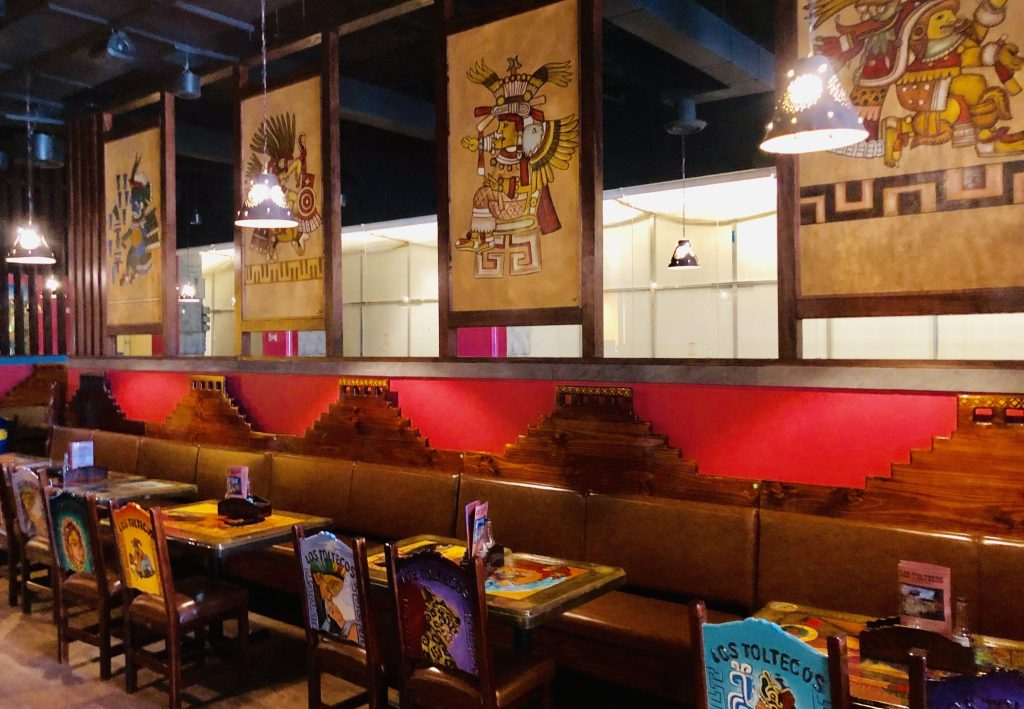 It’s been a long time coming — nearly two years — but we finally have a target opening date for the new Los Toltecos location at the Dulles Town Center shopping mall. The restaurant manager tells The Burn — if all goes well — they will open next Monday, June 3.

The new Mexican restaurant has taken over the former Vapiano space at the so-called “front entrance” to the mall by the Cheesecake Factory and PF Changs. The space has been sealed off with big barriers and signage for more than a year and today, we got a peek inside. You can see the barriers through the windows for a different perspective.

According to its website, Los Toltecos has six locations in Virginia and one in Maryland. This includes a popular store in Ashburn at the Broadlands Village Center. The new location at the DTC will be the largest in the chain, with seating for 303 guests.

The original Sterling Los Toltecos location across Route 7 closed quite some time ago in preparation for its move into the mall spot. The Burn first reported on this way back in August 2017, so local Mexican food fans are more than ready for it to finally open.

SIGNS HAVE GONE UP AT NEW NEWK’S EATERY LOCATION