It will replace the World of Beer. 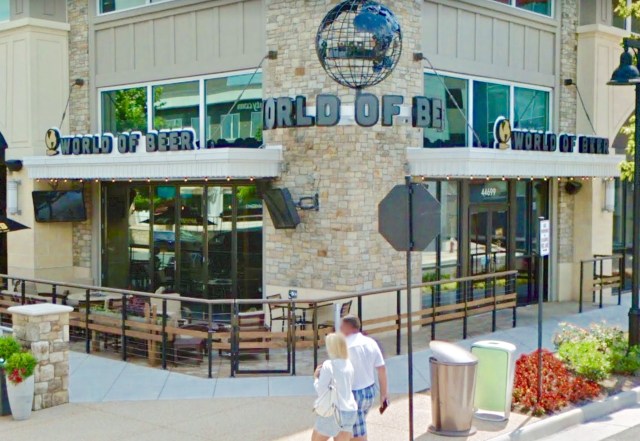 Change is afoot at One Loudoun.

That’s where the World of Beer Bar & Kitchen is getting ready for a rebranding. In the next week or so, the WoB signs should come down, and they’ll be replaced by signs for Jefferson Ale House, a new concept from the owners of the location.

We’re told customers can continue to count on a line-up of great beers, but look for a new, upgraded menu and improved service. It will stay open while the restaurant rebrands.

It looks like the One Loudoun World of Beer as well as the WoB in Charlottesville are both becoming Jefferson Ale House locations.

These aren’t the first World of Beer locations to change names and concepts. Back in 2017, the owner of three WoB locations in the DC area (Arlington, Fairfax and Reston Town Center) turned his restaurants into the Crafthouse concept in a highly publicized break with WoB.

Sign goes up at Sugar Shack Donuts in Lansdowne