Government experts are coming in to help deal with the problem.

(UPDATE: A veterinarian and wildlife expert has expressed alarm over the plans for vulture deterrence in The Broadlands discussed in this article, saying it could have unintended consequences. You can read her response here.)

The Broadlands neighborhood in Ashburn is dealing with an unusual problem — an invasion of vultures that are roosting in and around the community, damaging homes and leaving messes behind. It’s been happening on and off for more than a decade, but now, the neighborhood is getting serious and bringing in experts to help rid them of the large birds. One local has already dubbed the upcoming event “Vulture Fest.”

Vultures on Rooftops in Ashburn, Virginia

According to an alert sent out to all Broadlands residents, more than 150 Black and Turkey vultures have been “roosting and loafing” near residential areas. The birds are defecating on rooftops, yards, vehicles and playground equipment. They are also damaging homes and cars by picking at rubber seals and roofing materials.

Starting March 1, the United States Department of Agriculture will begin a week-long deterrence program aimed at moving the vultures away from The Broadlands. This will include setting off pyrotechnics and fireworks at dusk and using lasers to annoy the birds. Dead vultures collected from other sites will also be hung upside down from trees and towers. Apparently live vultures do not like seeing dead vultures. You can read the full announcement below. 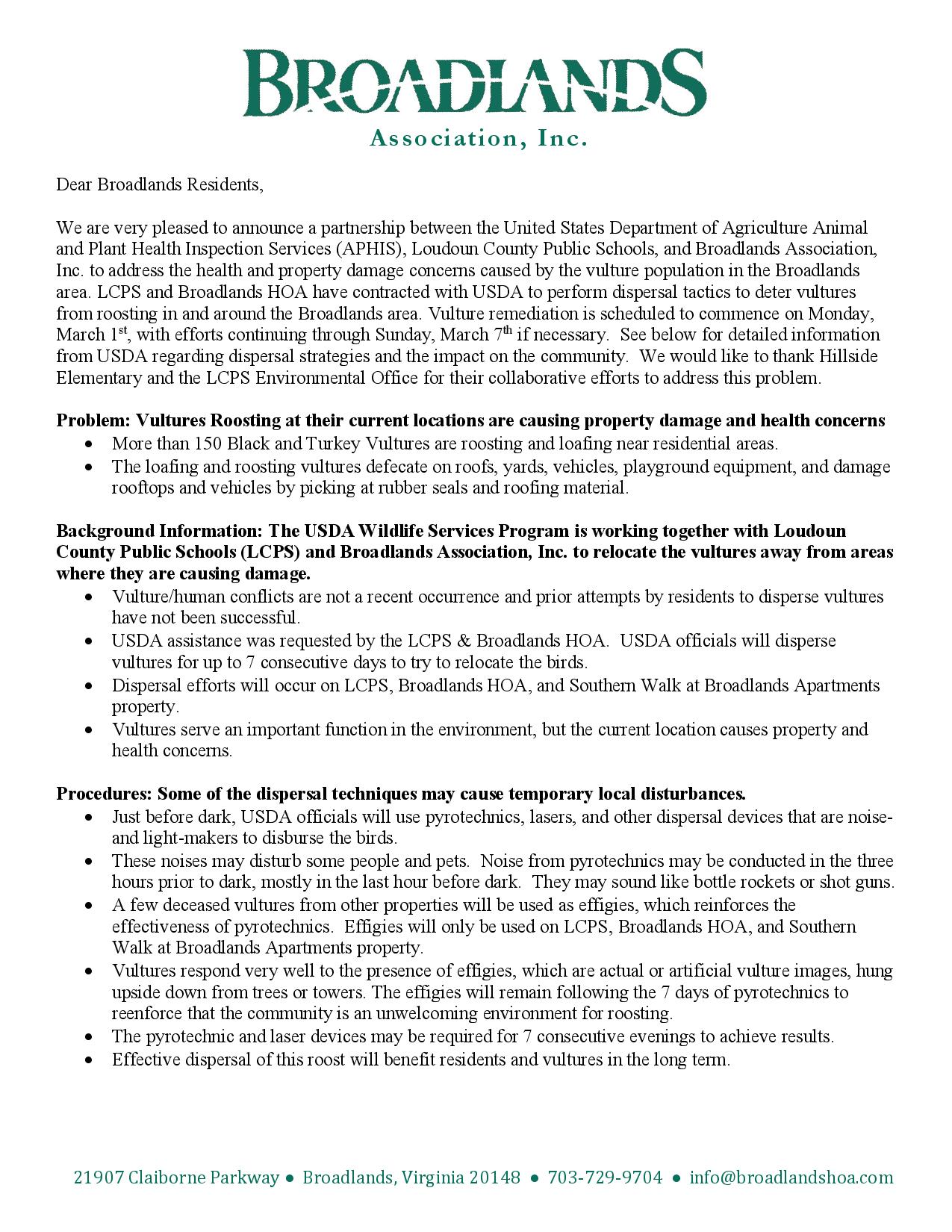 (Photo at top: A vulture sits atop a garbage can near The Broadlands.)