Motorists along Truro Parish Drive in the Broadlands noticed a sign pop up on the side of the road earlier this year. It said the wooded property behind it was the future home of the Ashburn Community Center. So what’s the scoop?

Tentative plans call for 100,000-s.f. facility with meeting rooms, classrooms, a fitness center, a gymnasium and a running track. There would also be an aquatic center featuring a 50-meter swimming pool as well as a leisure pool and locker rooms.

The Ashburn Recreation Center would be built on a parcel of land off Truro Parish Drive, adjacent to Belmont Ridge Road. The general obligation bonds that would pay, in part, for the center, are on the Nov. 8 ballot in Loudoun County.

(UPDATE: The bond issue for recreation centers in Loudoun passed on Nov. 8 with roughly 56 percent in favor.) 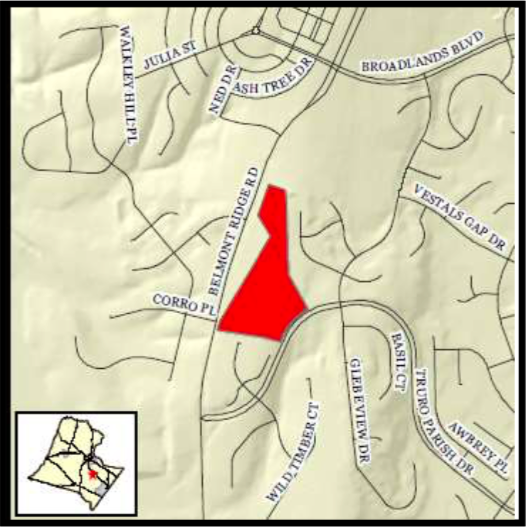 Cars were honking their well wishes as they passed by.