The new theater offers more seats, a bigger screen, better sound and even some recliners. 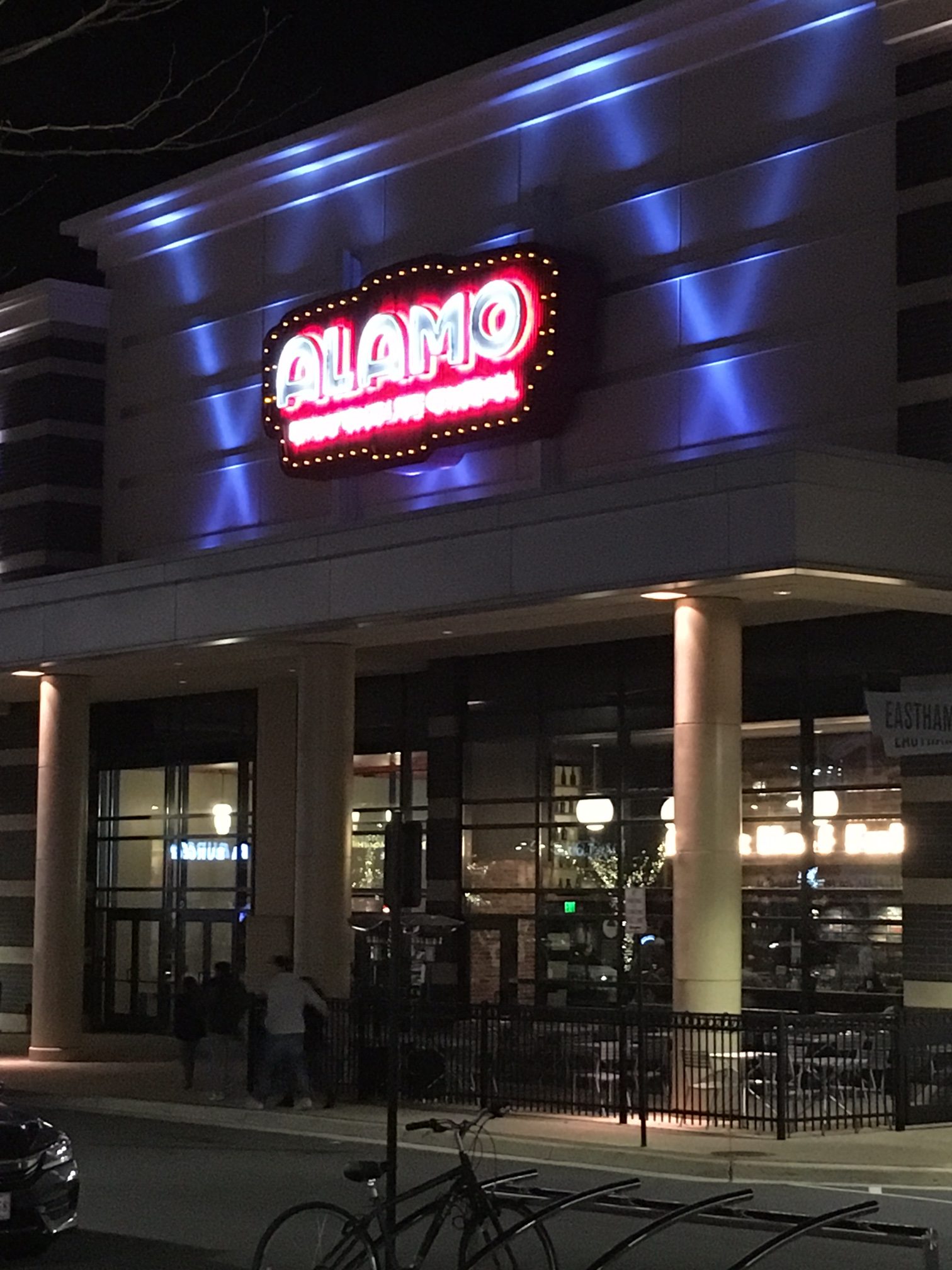 The Burn finally got a chance to see the new “Theater A” that opened earlier this month at the Alamo Drafthouse in Ashburn. And it looks (and sounds) like a great place to see big-screen spectacular. 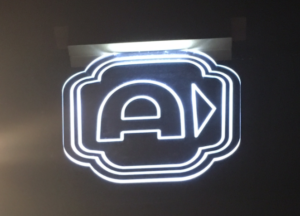 The newly-constructed Theater A is the largest one at Alamo, featuring a huge screen, 222 seats and front row recliners. It also has a different design for the tables. Rather than the “ledge” style in the original theaters, Theater A has actual tables on stands — two seats share a center table. Even more importantly, there is a narrow aisle for servers to bring food and also for movie-goers to get up and get out without disturbing others in the row.

The new theater is also one of only two in the entire country that have received what’s called a QSC certification. That means Theater A meets “a set of technical guidelines for equipment, projection, acoustics, and room design to ensure an outstanding moviegoing experience,” including Dolby Atmos speakers.