And a Sheetz is moving in just down the road, marking a surge of “mega convenience store” chains into the Loudoun market. 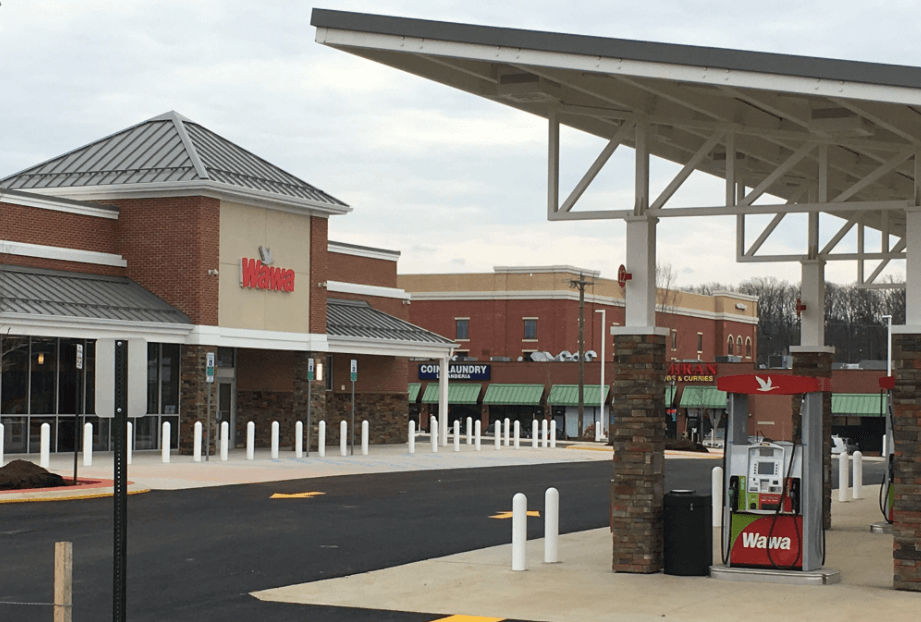 Loudoun County’s first Wawa gas station and mega convenience store is nearly complete and currently has a tentative opening date of May 12. The brand, which has a fanatical following for its hoagie sandwiches, is one of several major convenience store brands moving into the greater Ashburn area. Call it the “War of the Gas Stations.”

The first Wawa location is near the county line on Oakgrove Road in Sterling. But just a half-mile down the road, near the intersection of State Road 28/Sully Road and Old Ox Road, construction crews are hard at work on a new Sheetz gas station/c-store. If we’re not mistaken, this will be only the third Sheetz in Loudoun (after one in Leesburg and one near South Riding) and, like Wawa, it’s bigger than your usual c-store with a fast-food restaurant inside, a larger selection of merchandise and more gas pumps.

And don’t forget, the third major player in the uber-convenience store war is Royal Farms, a Maryland-based chain famous for its fried chicken. It’s moving aggressively into Virginia and is slated to break ground soon on it’s first Loudoun location at the intersection of Broadlands Boulevard and Claiborne Parkway in Ashburn.