The park is under construction now and should be open sometime this summer. 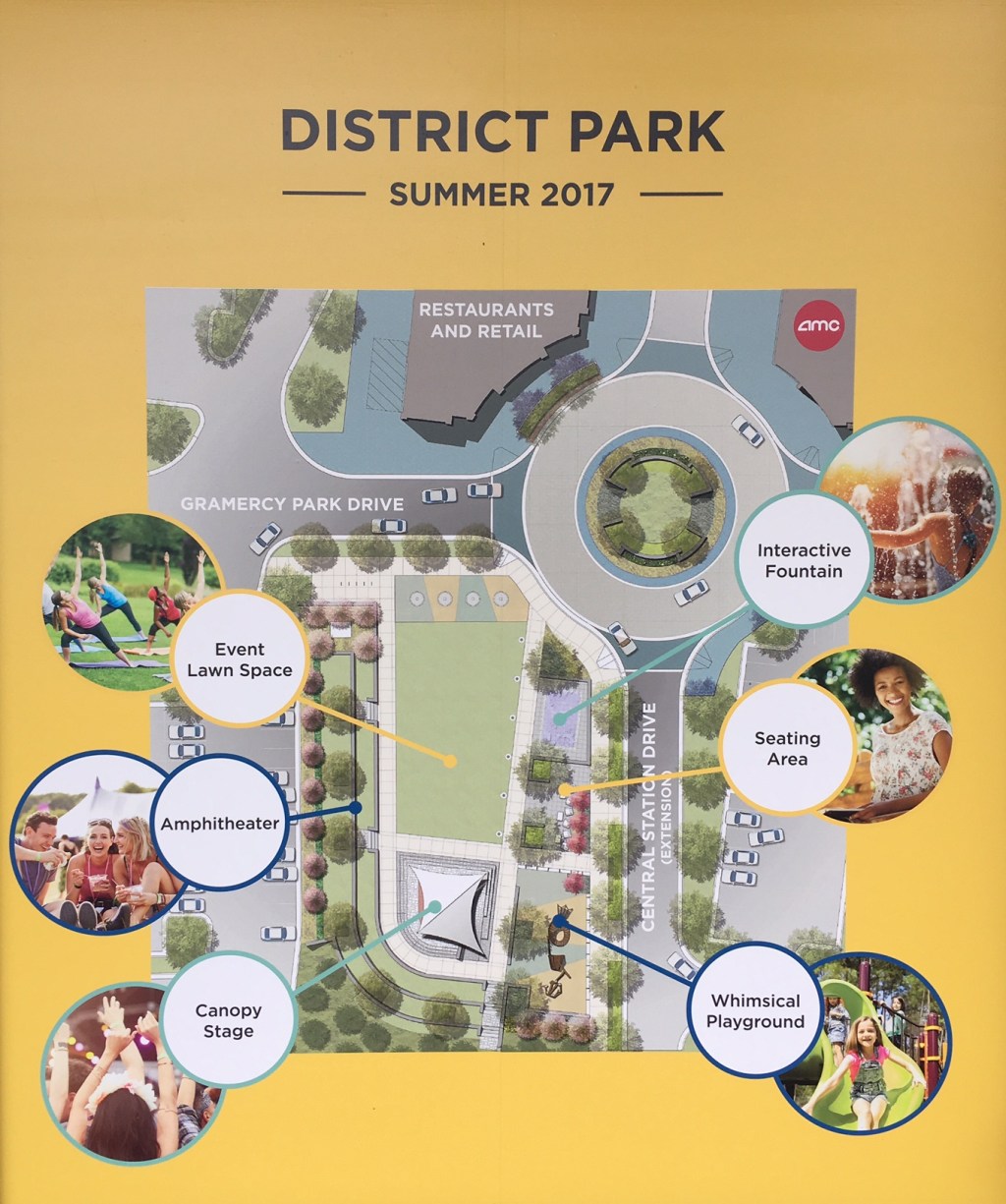 There’s going to be a fun new place to hang out with the family this summer — right here in Ashburn. A new park is under construction next to the Loudoun Station lifestyle center off of Shellhorn Road.

The park, which was already partially built previously, will feature a new playground and a new interactive fountain where kids can play. It will also have a large lawn for events, amphitheater seating, a stage under a canopy and sitting area where you can relax with a book and beverage.

The park is officially called “District Park” — which we assume is a nod to the massive Gramercy District complex scheduled to be built adjacent to Loudoun Station, in between the Starplex movie theater and the Greenway.

No official word when District Park will open — just sometime this summer. But based on the large number of workers toiling away on it today, we bet they’re making good progress.