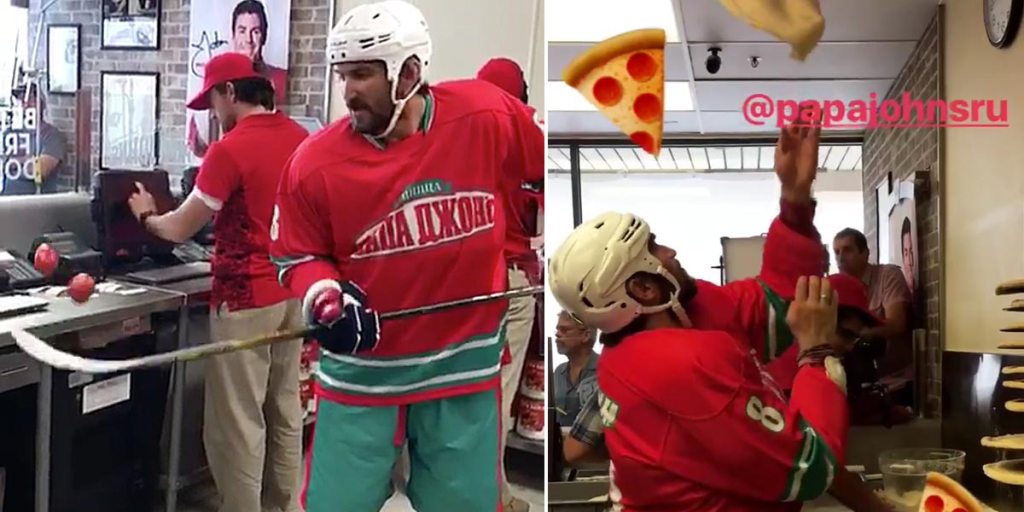 The Papa John’s location at the Ashburn Village Shopping Center was taken over by a film crew — with cameras, mounted lights, boom microphones, TV monitors, even a make-up artist. Passers-by slowed down in their cars to stare at the scene. 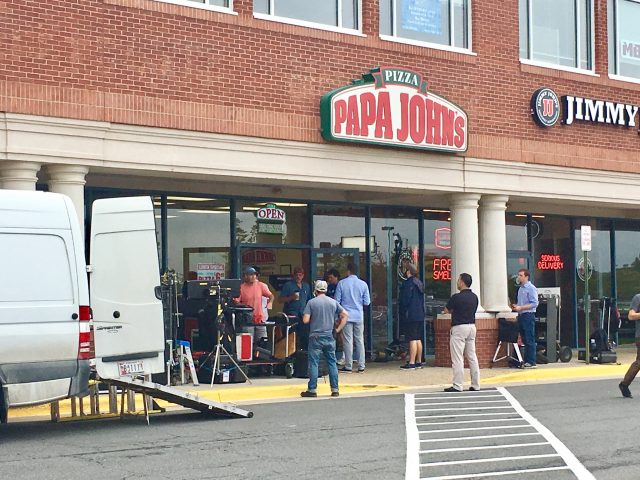 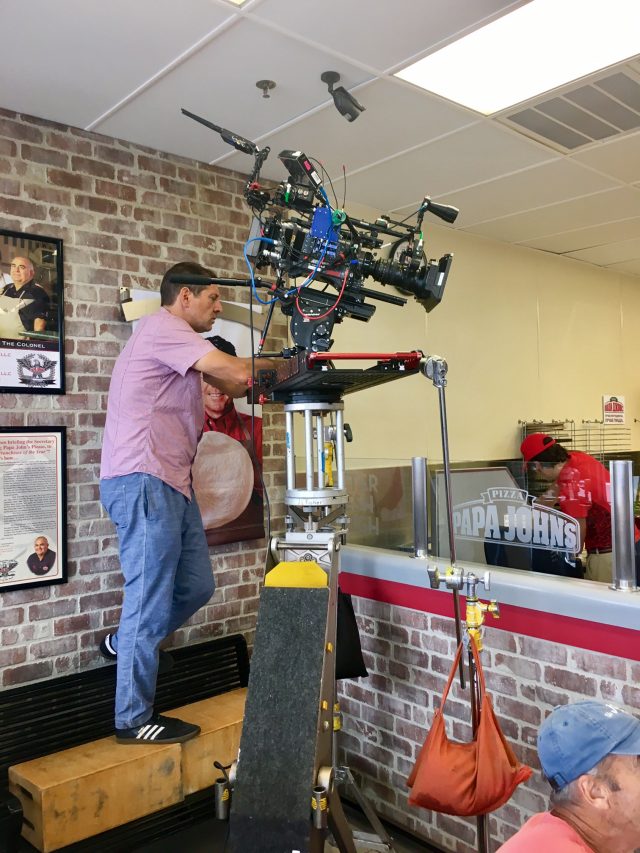 The commercial isn’t meant for American audiences. According to Papa John’s execs on the set, it’s a Russian commercial aimed at potential franchisees in Russia. They’re using the star power of Russia-native Ovechkin to get business people interested in opening Papa John’s locations in that country. As part of the shoot, the crew had hung up temporary Papa John’s artwork and logos that were all written in Russian.

(UPDATE: Papa John’s of Russia posted a video clip from today’s shoot in Ashburn. Click here to watch it.) 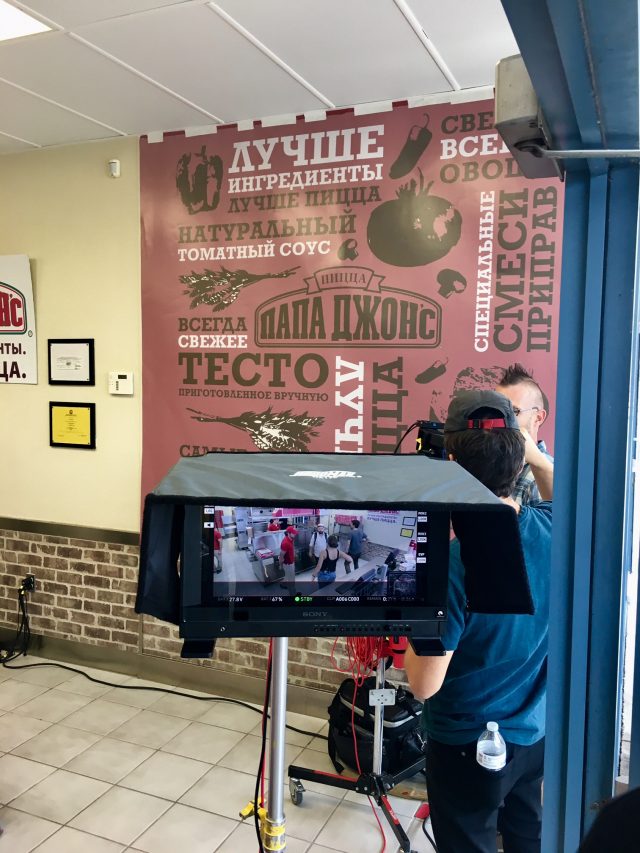