Local vegetarians have been eagerly awaiting the opening of a new all-vegetarian restaurant in the Dulles Town Crossing shopping center near the mall. Information about the new business has been exceedingly hard to come by, but we’ve gathered a few new details. 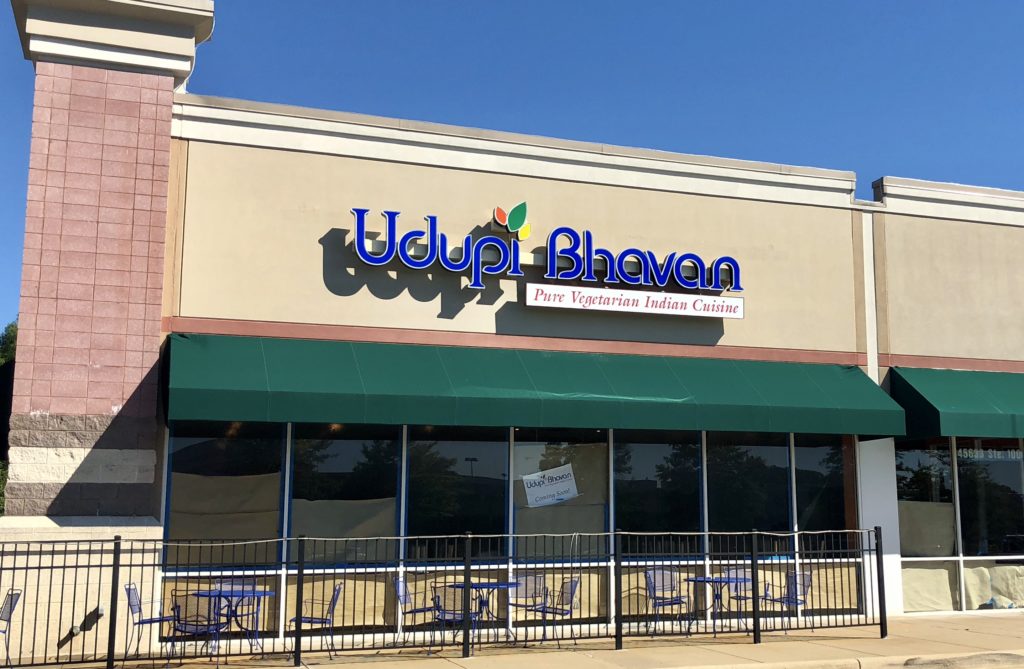 Most importantly, the establishment has a new name. We originally reported it was going to be called Woodlands Pure Vegetarian. However, we’re told that owner has moved on and a new owner has come in. The new restaurant is named Udupi Bhavan and the sign recently went up on the space where Atlanta Bread Company used to be.

Inside, tables and chairs are in place and we can see buffet food warmers along the back wall. 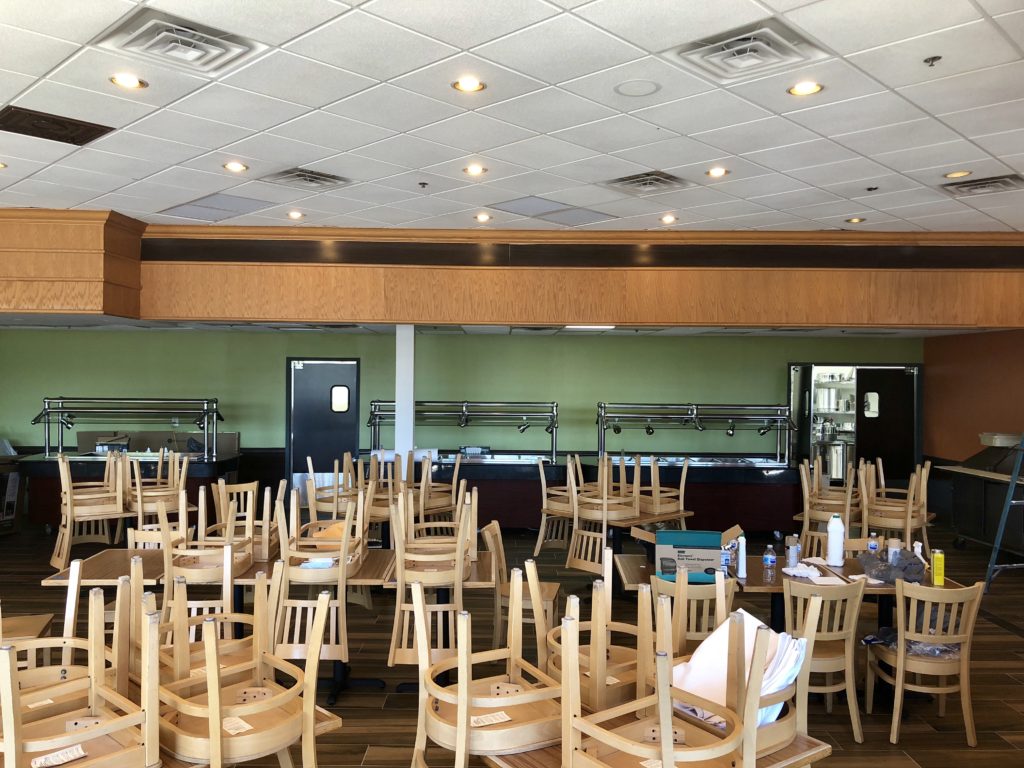 In case your wondering, Udupi is the name of a city in the southern Indian state of Karnataka. The word “bhavan” means house or building, so the name Udupi Bhavan might roughly translate to “Udupi House.”

While the focus of the menu might be southern Indian cuisine, we’ve heard that there will also be some dishes from northern India, but it will still be all vegetarian. No official date for when they’re opening, but word on the street is that it could be as soon as the next week or two.

The store in the Dulles Town Crossing in Sterling will close this summer.