The two new stand-alone buildings are going up near the Harris Teeter supermarket. 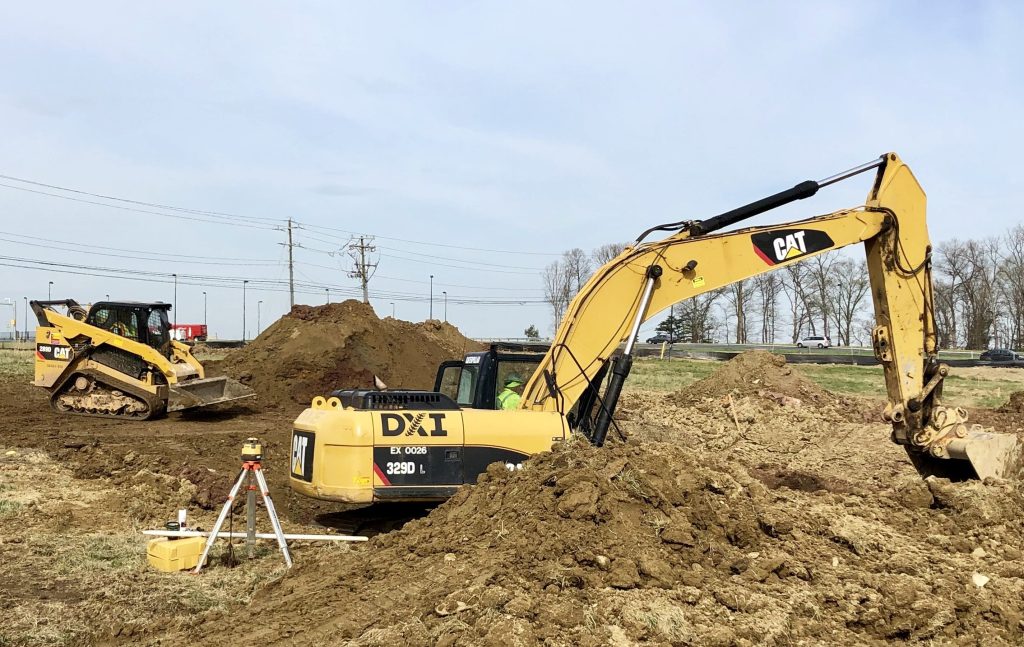 The mighty machines have moved in and work is officially underway on the new Chick-fil-A and Starbucks locations coming to the Lansdowne Town Center.

The two new buildings, both featuring drive-thrus, will be going on the “Phase 2” section of the shopping center, on the south side of the Harris Teeter parking lot, adjacent to Route 7.

No official word when the Chick-fil-A will open nor when the Starbucks will move from its current “in-line” site in the center. A good guess would be late 2019.

Meanwhile, no sign of construction starting on Chick-fil-A’s other new area location, but we expect crews to show up any day. That new CFA is going in next to the Red Robin restaurant in the Shoppes at Ryan Park at Ashburn Village Boulevard and Shellhorn Road. (See our previous story here.)