The new brand is coming from the family that owns the Rubino’s Pizzeria chain. 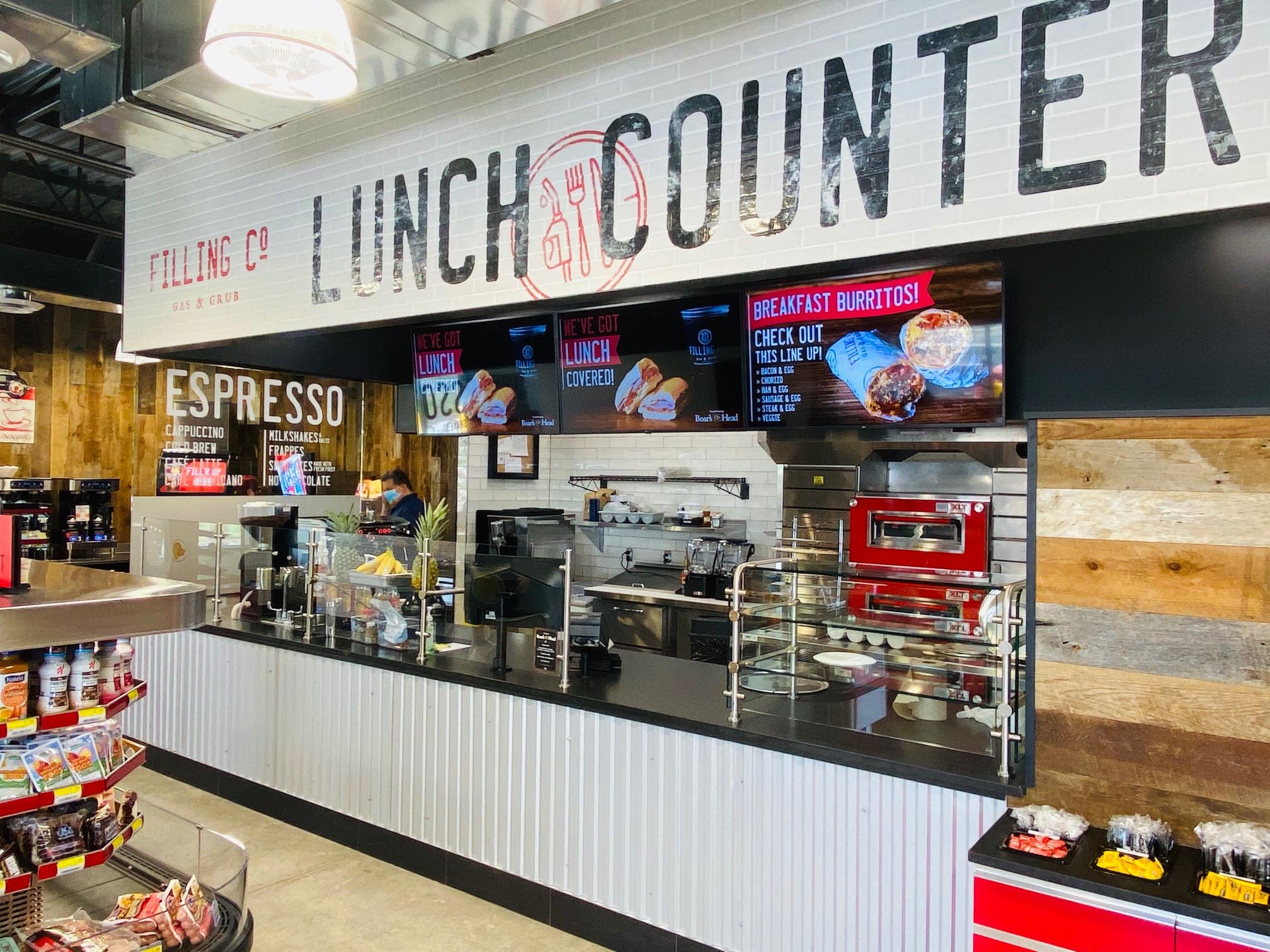 The Filling Co. Gas & Grub, a new homegrown convenience store brand, has opened its first location anywhere in Ashburn. The store is part of a new Shell gas station that has also opened at the Ashbrook Marketplace shopping center near Route 7 and Ashburn Village Boulevard. 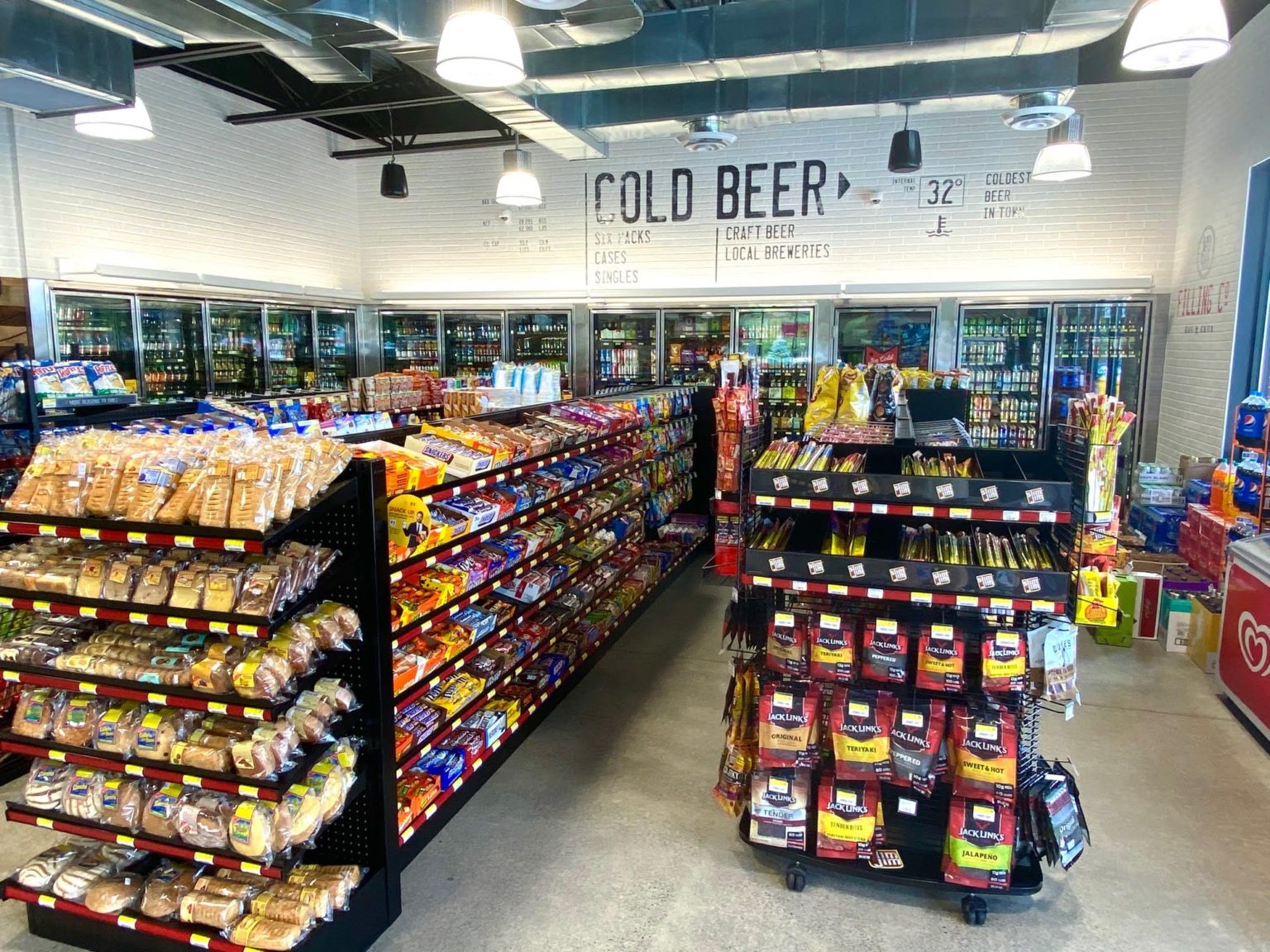 The new convenience store features a retro modern wood and tile decor, shelves and coolers filled with beverages and snack/grocery items, as well as an in-store restaurant with flatbread pizzas, sandwiches, hotdogs, breakfast items and more. Ordering is handled via a digital kiosk. There’s also a beverage station with coffees and sodas. 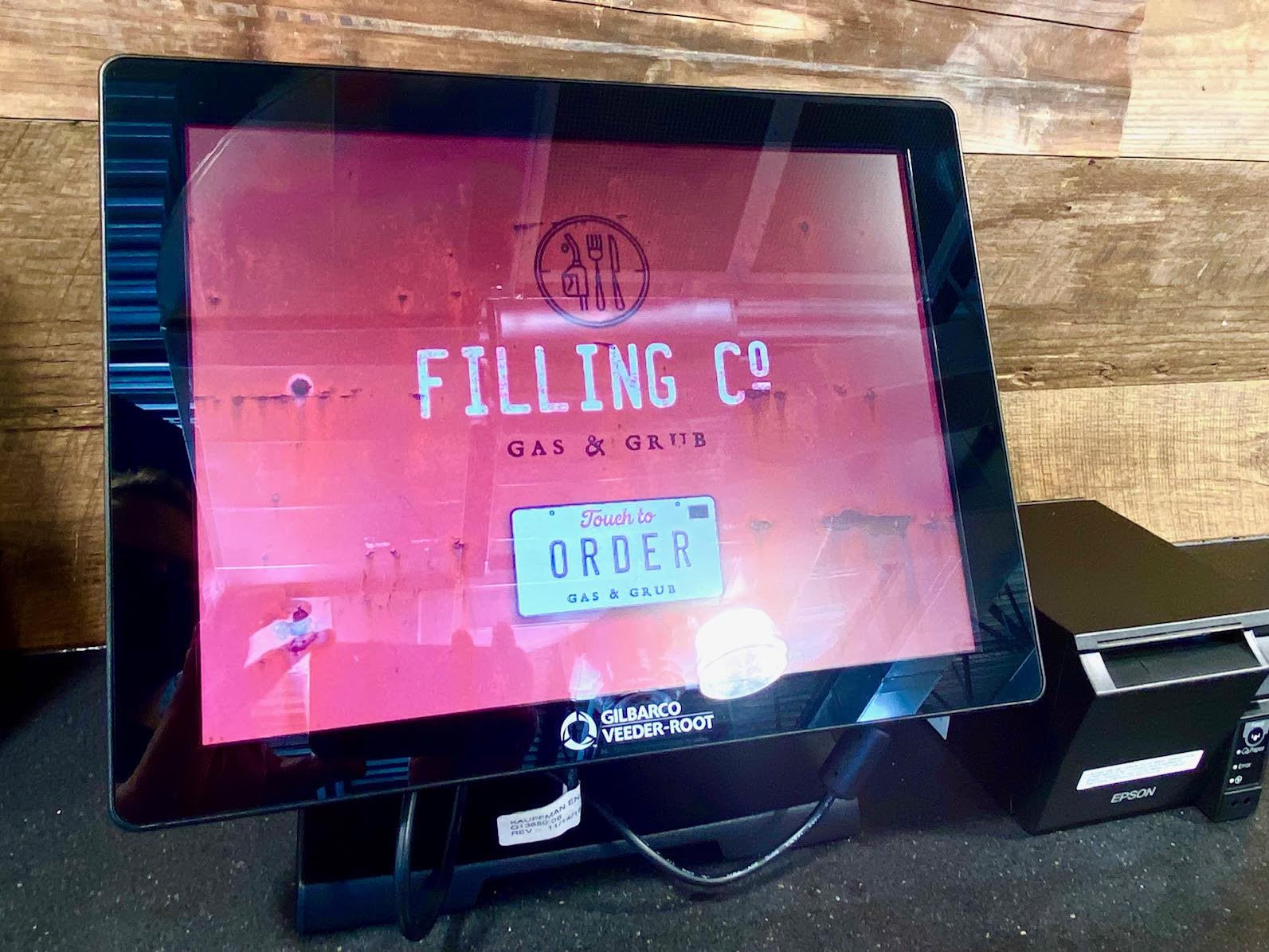 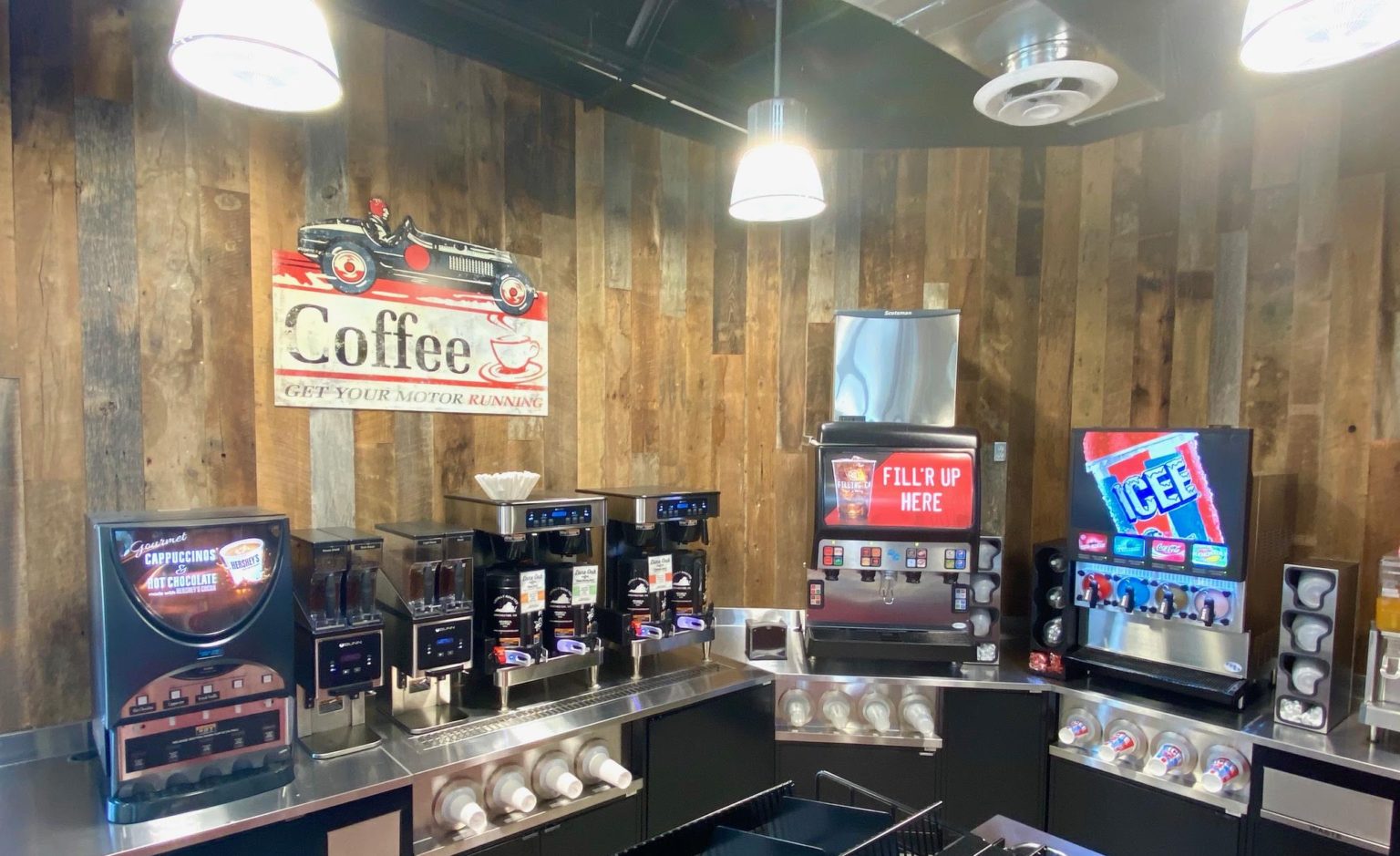 As regular readers of The Burn know, the Filling Co. has been created by the Rubinos, a local family that owns the area’s three Rubino’s Pizzerias. The Ashbrook Marketplace location is their first, but they have already announced plans for a second Filling Co. at the Brambleton Town Center and a third further south at the Brambleton Community Plaza, which is under construction at the intersection of Evergreen Mills Road and Northstar Boulevard.

Meanwhile, many have wondered what the Rubinos were going to do with the other Shell station they own, which sits kitty-corner from the new gas station just a couple hundred feet away in the adjancent Ashbrook Commons shopping center. The Burn can now report the original Shell station will be rebranded as a BP gas station. This has the added bonus that fuel points earned at the Harris Teeter across the parking lot will now be able to be redeemed in the same shopping center.