The new gas station and convenience store is going up quickly. 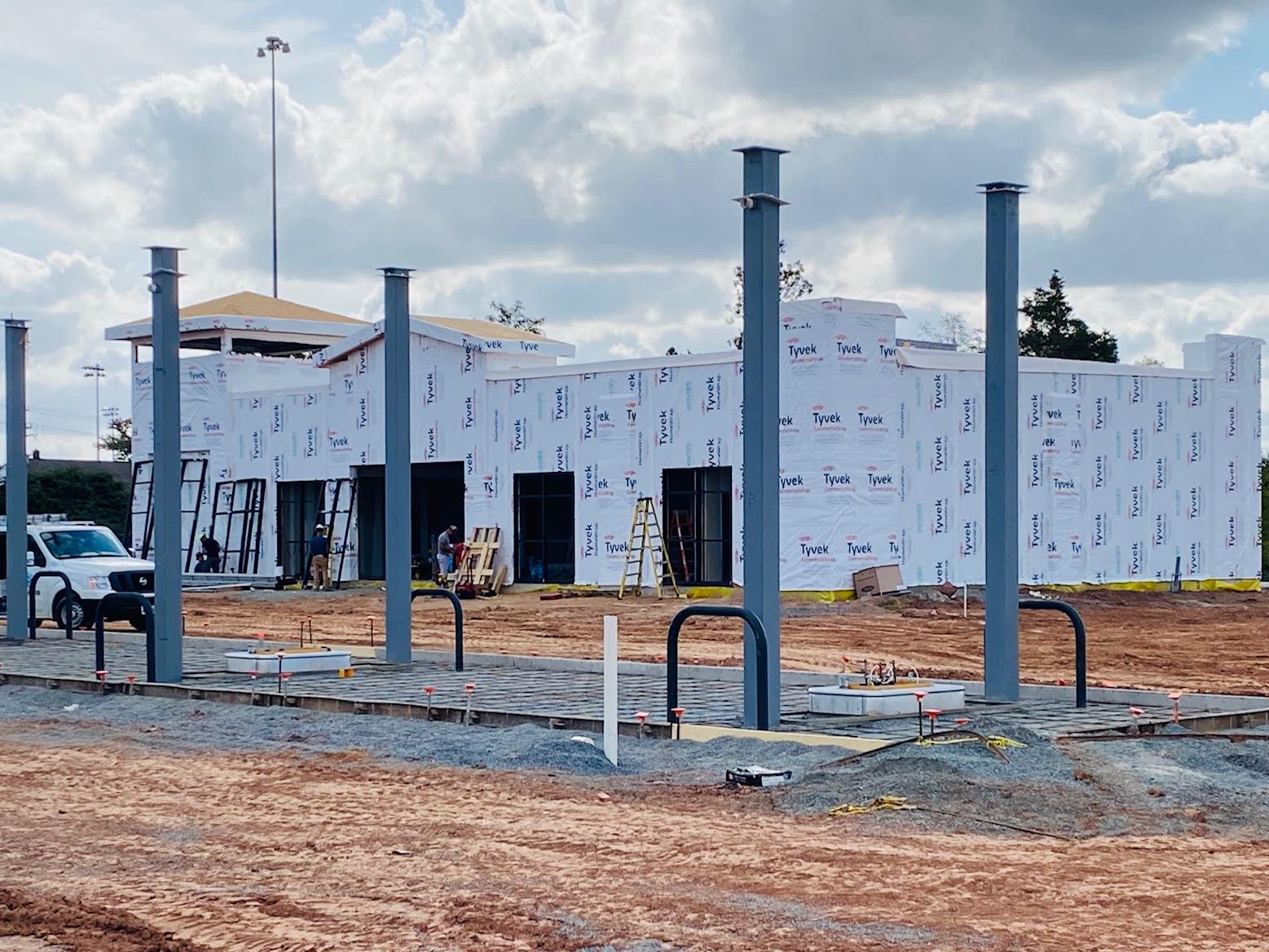 A new 7-Eleven store is coming along quickly at the Guilford Station development, under construction off State Road 28 in Sterling. And it looks like some new drive-thru restaurants could be right behind it.

Guilford Station is a huge project underway at the intersection of Atlantic Boulevard and West Church Road. That’s just across 28 from the Wegmans and Target at the Dulles 28 Centre. A big part of the project is going to be an Enterprise car rental lot. The other confirmed tenant is the new 7-Eleven with a gas station and a convenience store.

Meanwhile, documents filed with the county show at least two other potential restaurant sites with drive-thru lanes. And there is a small retail strip center that will also be part of the project. There are other buildings planned for the site as well — their purpose is unclear — possibly office or industrial space.

The Guilford Station project has been brewing for a long time. The Burn first reported on it three years ago, back in October 2017. The plans appear to have changed some since then, but new restaurants are still in the offing. No official word on what those restaurants might be, so stay tuned.