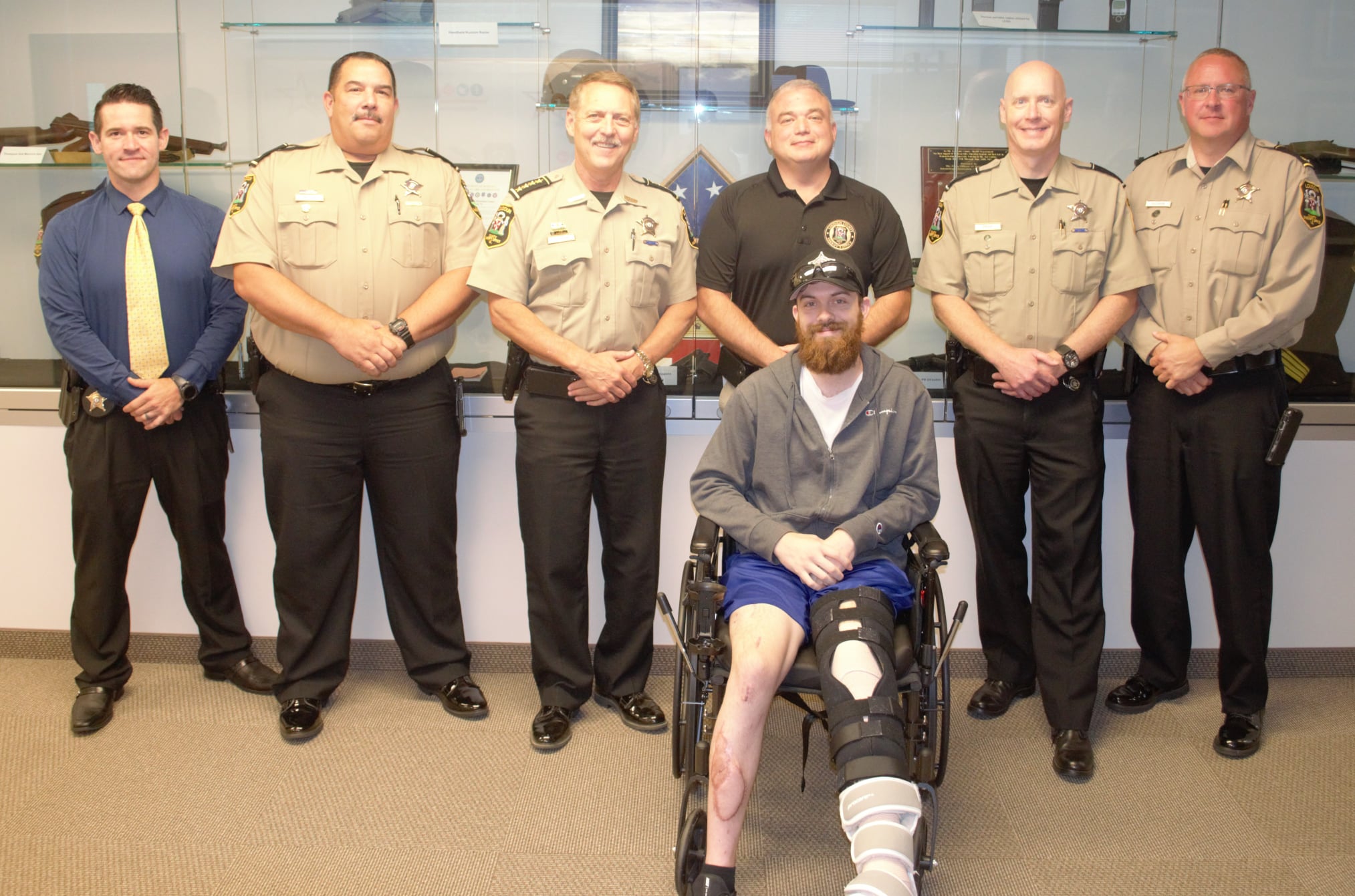 A Loudoun County Sheriff’s deputy who was shot multiple times while making an arrest back in January paid a visit to his law enforcement colleagues today, Tuesday, Aug. 10. Deputy First Class Camron Gentry spent time at the Sheriff’s Office where he was greeted by fellow deputies as well as department leadership and staff.

Back in January, Gentry and another deputy were at the Walmart store in Sterling, where they had been called regarding a shoplifting suspect. As they were taking the suspect into custody, the individual allegedly produced a gun and fired multiple times, striking Gentry as well as two Walmart employees. Dep. Gentry was the most gravely injured and required surgery. You can see The Burn’s extensive coverage of the shooting and the aftermath here.

“We were grateful to recently receive a visit from Deputy First Class Camron Gentry who continues to recover after he was shot multiple times in January 2021 while taking a suspect into custody,” the Sheriff’s Office posted on social media.“DFC Gentry is exhibiting the same bravery in his recovery as the night he was seriously injured and is eager to return to serving the Loudoun community.”

The SO included the hashtag #GentryStrong with the post. Gentry spent 42 days in the hospital before being released to continue his recovery at home. A GoFundMe account set up by fellow deputies has raised nearly $120,000 so far to support Dep. Gentry.