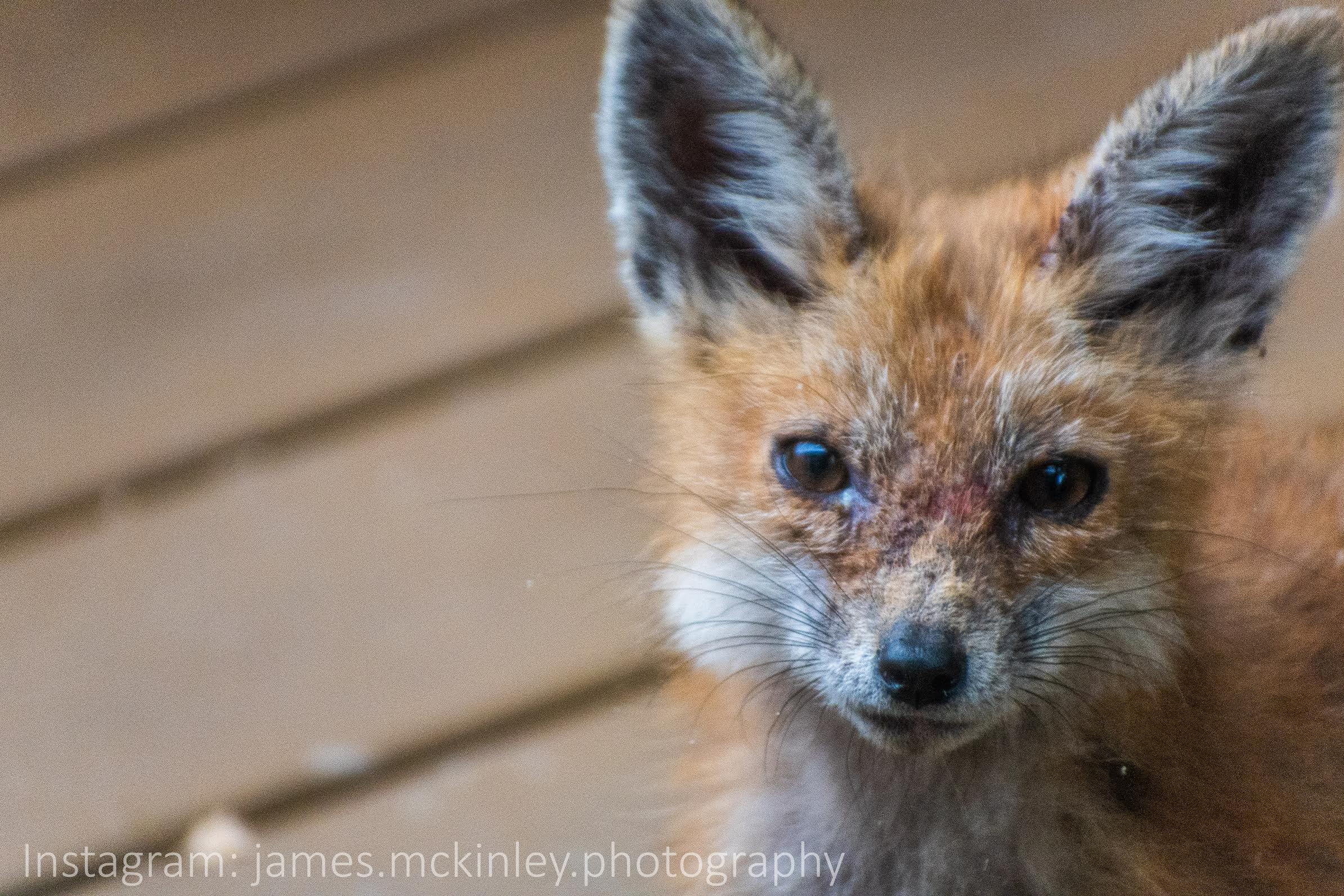 Yes, we know Loudoun County is thick with foxes and most everyone has probably encountered one somewhere. But we were struck by this young fellow that paid a visit to the backyard deck of a South Riding family.

“We back up to woods and see lots of nature — a resident hawk, deer, snakes, an occasional grown fox,” Shawn McKinley told The Burn. “My two sons and I were in the family room and saw something running on the deck this afternoon. I grabbed my phone and my son, who is an amateur photographer, grabbed his camera.”

James McKinley took the photo above. We were struck by the kit’s quizzical expression. Apparently, it could hear the click of James’ camera shutter and he looking intently at the source of the sound.

The photo below was taking by Shawn, and from this angle through the back door, you can see the fox looking towards James and his clicking camera.

We also love his oversized paws that he or she hasn’t quite grown into yet.

While we can’t be sure of the kit’s age, baby foxes tend to be born in March and April in Virginia, and they venture out of the den at four to five weeks. They begin to hunt around nine weeks, so we would say this wee fellow is right on schedule.