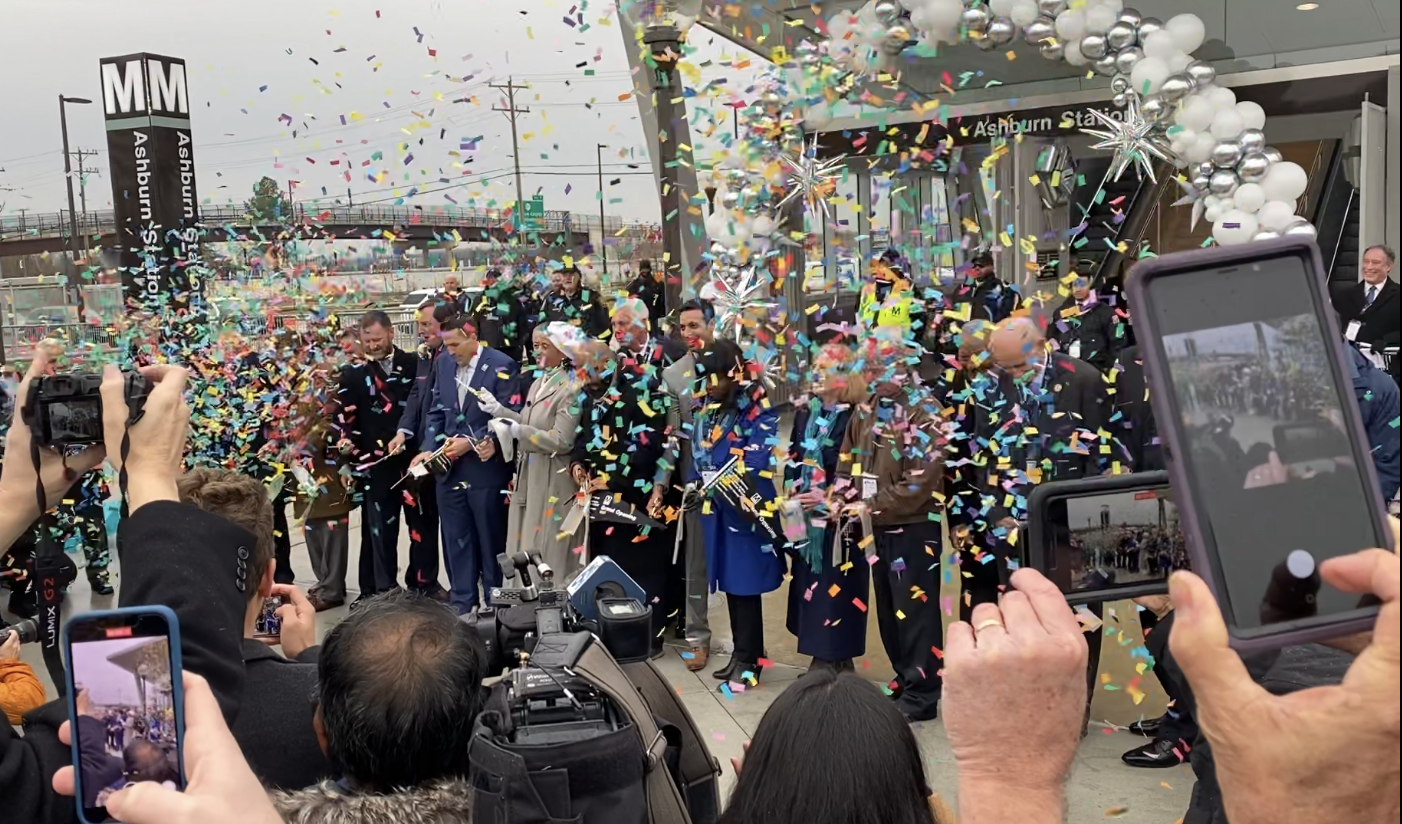 US Rep. Jennifer Wexton and Loudoun County Chair Phyllis Randall were on hand as was Dulles District Supervisor Matt Letourneau, who gave a rousing speech. Letourneau was the only remaining board member who — back in 2012 — originally voted to support Loudoun’s participation in the Silver Line. It was a 5-4 vote, he recalled.

After the speeches were given, a ceremonial ribbon was cut before a train loaded with invited guests departed for Ashburn.

Meanwhile, some 100 lucky holders of a “Silver Ticket” rode a ceremonial train trip from Reston’s Wiehle Station to Ashburn this afternoon at 1:15 p.m.

The first train trip officially open to the general public was scheduled to happen at 1:54 p.m. today when a train departs from the Silver Line’s western terminus in Ashburn headed to the eastern terminus in Largo, Maryland.

Below are more photos from this morning’s event.

Below is the moment of the official ribbon cutting and opening ceremony at Ashburn Station.

Lululemon opening next week at One Loudoun in Ashburn

Barnes & Noble wants to open Reston store in the spring