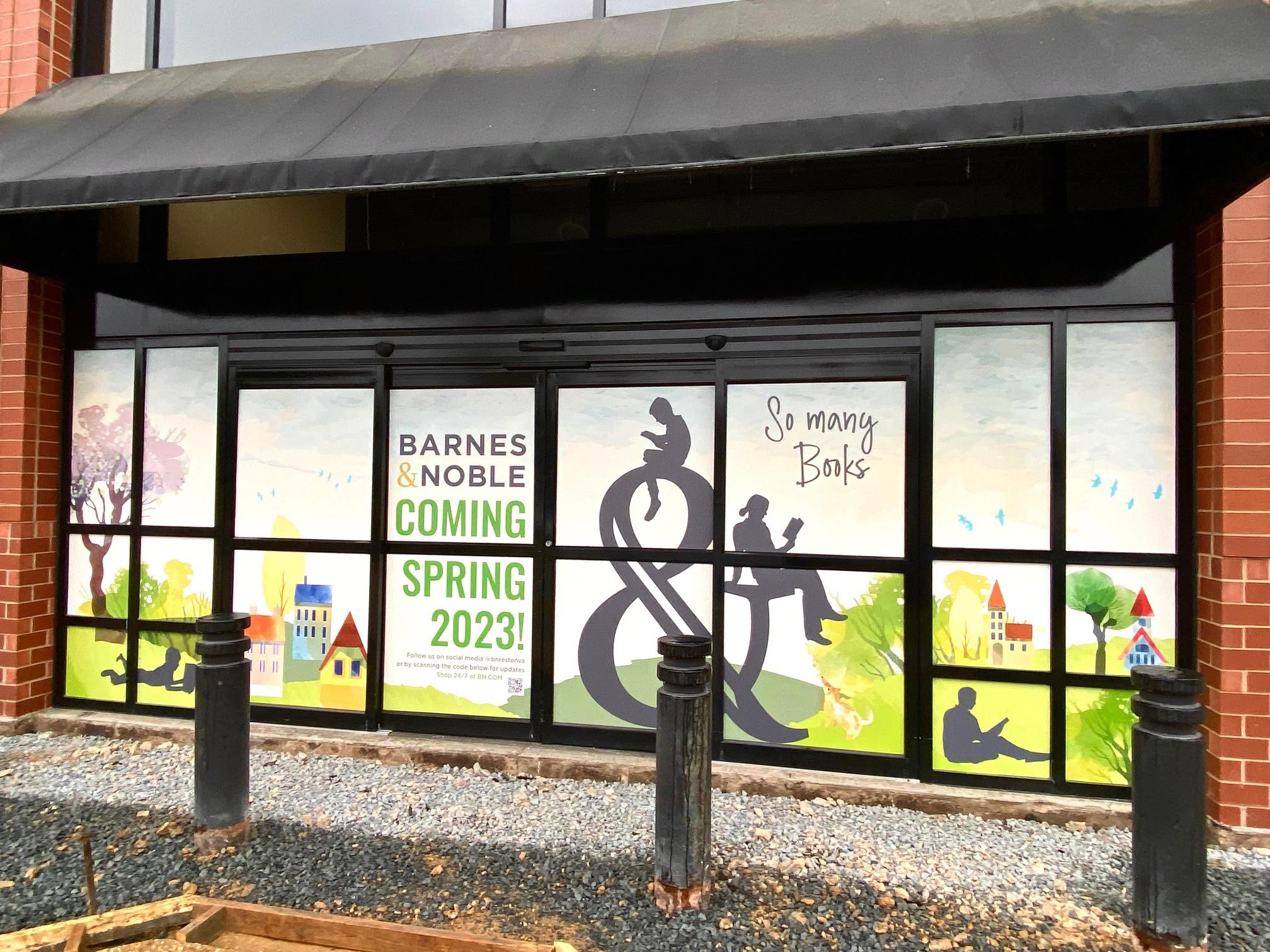 A quick update — it was just a few days ago that The Burn broke the news that Barnes & Noble was making its triumphant return to Reston — nearly a decade after they closed their bookstore there.

Now, we’ve got new information. Temporary signage has gone up in the store windows of the space at The Spectrum at Reston Town Center plaza. The plan is to open the new B&N sometime in the spring of 2023.

As we reported, Barnes & Noble had a store in the same shopping center along Reston Parkway that closed back in 2013. That space later became The Container Store.

Now, the bookstore brand is coming back, only they are going into a different part of the shopping center. They will be opening in the former Office Depot space that sits next to a Harris Teeter supermarket.

The new bookstore is also expected to have a full cafe inside, a staple of many B&N locations.

The other mystery that remains unanswered — is Whole Foods Market possibly moving their Reston store into The Spectrum as well? We’re still waiting on responses from the landlord and Whole Foods, but you can read more about this mystery by clicking here.