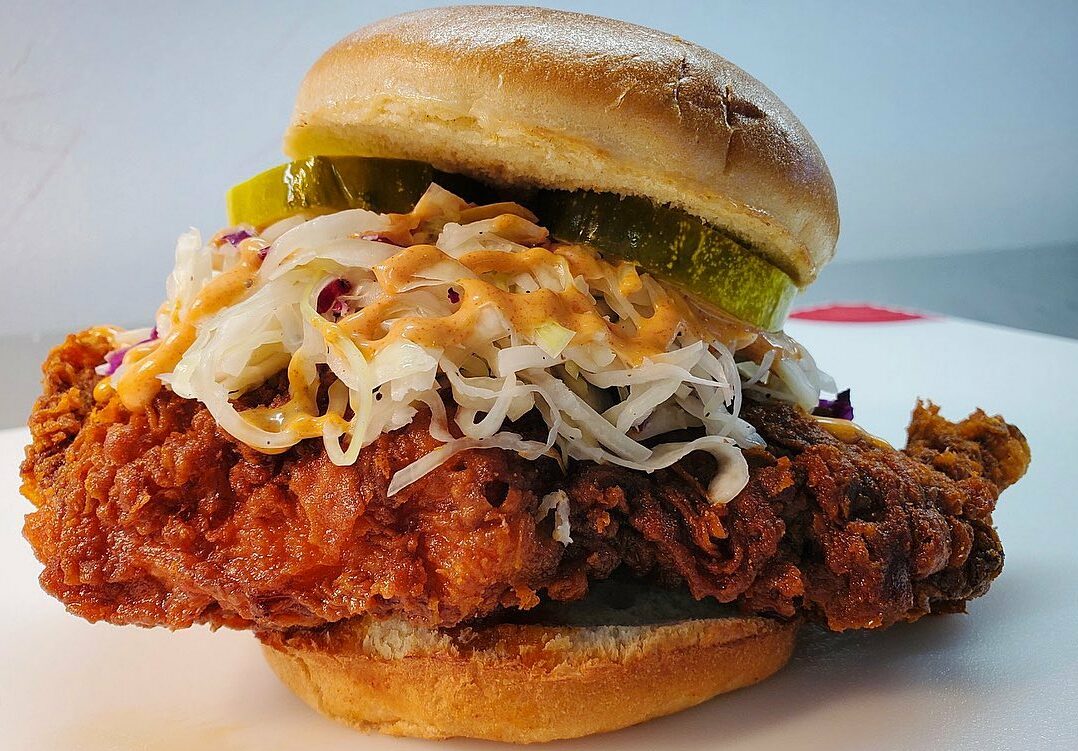 The Burn has learned that Hangry Joe’s Hot Chicken is coming to the Cameron Chase Village Center. That’s the shopping plaza off Farmwell Road that is sometimes called Ice Rink Plaza. That’s because the Ashburn Ice House is there, as is a Ford’s Fish Shack, and other businesses.

The Burn first started reporting on Hangry Joe’s back in 2021 when the brand debuted in the Richmond area and began pursuing a rapid growth plan.

The first location in our area opened in Herndon back in January and plans for an Ashburn location and a Leesburg location were announced in May.

We’ve been waiting for word to leak out on the first Loudoun location and now we know. It appears Hangry Joe’s will be taking the space vacated by the Tanuki Japanese Restaurant back in June.

The menu at Hangry Joe’s is relatively simple. Spicy chicken sandwiches are the mainstay. Customers can choose their own level of heat — from plain up to “Angry Hot” which purportedly requires you to sign a waiver to order.

There are also chicken tenders and chicken & waffles, as well sides such as loaded fries, fried okra and cider slaw. You can see the full menu at the bottom of this report.

The Hangry Joe’s brand was developed by Derek Cha, who is the same mastermind behind the Sweet Frog frozen yogurt chain. Besides Herndon, the company’s website says there are 12 additional Virginia locations, many of them here in Northern Virginia.

Nashville hot chicken sandwiches have been all the rage in the fast casual restaurant world, with a many regional and national brands popping up. Locally, many diners may be familiar with Wooboi Chicken, which has locations in Herndon and Alexandria.

No word on when Hangry Joe’s in Ashburn will open, so stay tuned.

Barnes & Noble wants to open Reston store in the spring