Some children would have to walk more than a mile to reach Eagle Ridge Middle School. 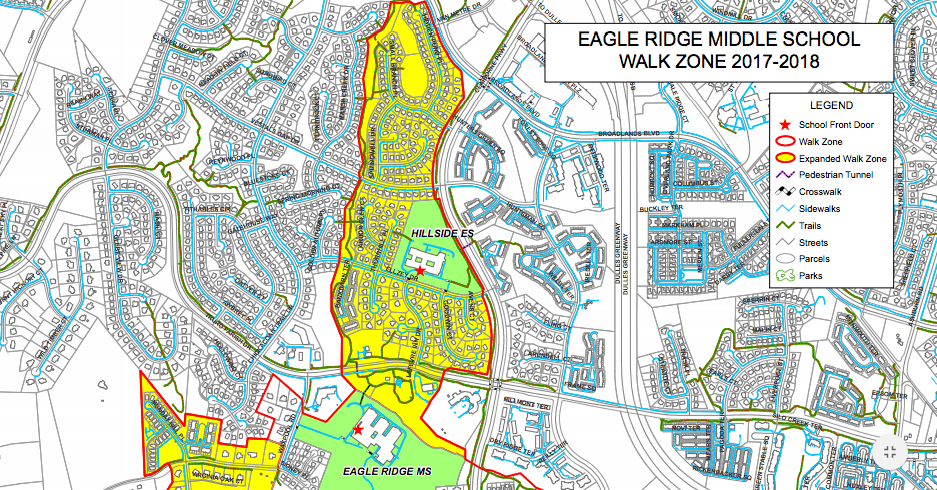 Whenever Loudoun County Public Schools changes or expands its school walk zones, there’s undoubtedly at least a few frustrated families. No one likes change. But a newly expanded walk zone in the Broadlands has raised more eyebrows than usual.

If you look at the map, you will see that the expanded walk zone for Eagle Ridge Middle School stretches slightly more than mile north of the school. Even more unusual is that children on the east side of the community’s nature path will have to walk, while children just a hundred feet away on the west side — who are basically the exact same distance from the middle school — will apparently get a bus. 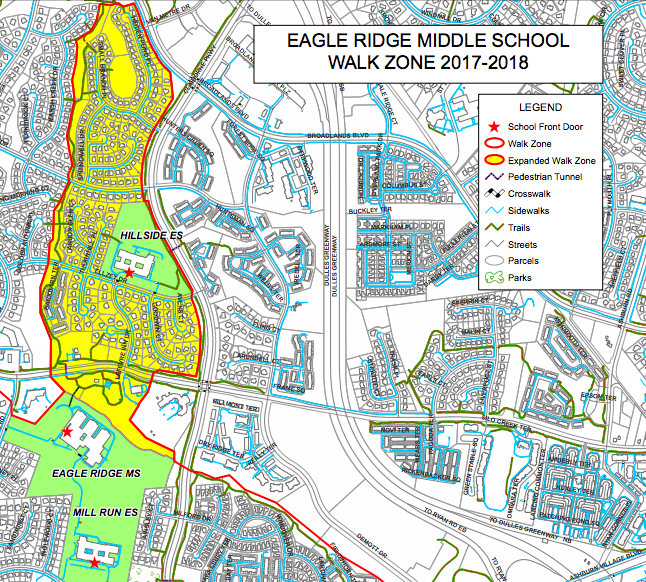 A child leaving from Hidden Pond Place at the north end of the expanded zone would have to walk past dozens of houses closer to the school whose children are getting bused. The map appears to show students just two or three blocks from the school who get a bus, while other students would have to walk more than a mile. Social media has been full of posts from concerned parents.

“The shortest route from my house on Google maps is 1.3 miles. This is way too far,” said Suzie Creech, who will have two children at ERMS next year. “I am actually sick over this.”

The Burn took a cursory look at walk zones for the other middle schools in Loudoun and none appeared to have added as many homes as the zones around Eagle Ridge Middle. We reached out to Wayde Byard, the spokesman for LCPS, but after more than a week of trying, he wasn’t able to get an explanation of why the walk zone appears to be so gerrymandered and so inequitable. There may be a good reason, but no one knows what it is. Meanwhile upset parents are filing formal appeals with LCPS asking for the zone to be changed.