Big news for drivers — and cyclists and joggers — as this dicey intersection gets a lot safer. 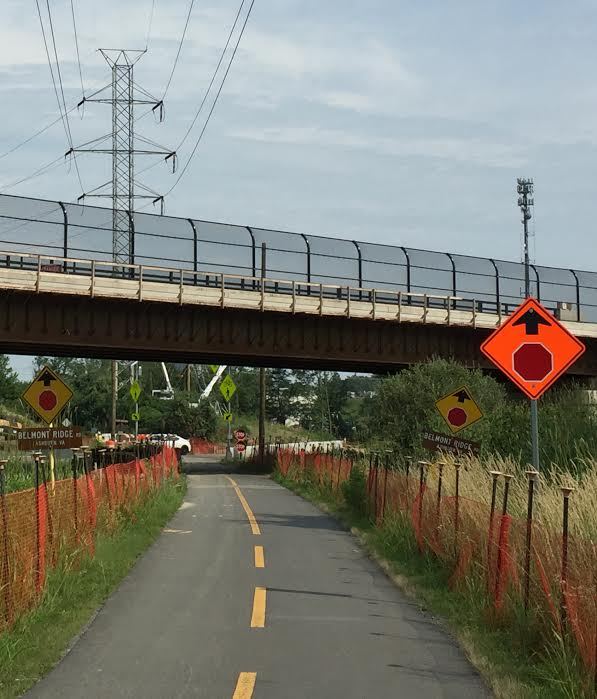 Anyone who has driven up and down Belmont Ridge Road in Ashburn knows how dicey things can get as you approach the spot where the W&OD Trail crosses the road. And cyclists and joggers know it too. Some cars stop, some just slow down and some don’t brake at all. Same with the folks on bikes. It’s awkward and dangerous.

But that all ends next week. The Virginia Department of Transportation has announced that the new bridge over the W&OD Trail will open to traffic by the afternoon of Monday, July 17. The timing is a surprise — VDOT says work on this portion of the project is more than three months ahead of schedule.

The new bridge is part of the overall widening of Belmont Ridge from two lanes to four. The new bridge will only be two lanes for now — one lane for each direction. Once traffic is re-directed onto the bridge Monday, work can begin on the second part of the bridge over the trail for the future southbound lanes.

With the construction on the road and around the trail, everyone still needs to be careful and slow down. But at least one longtime issue at this spot on Belmont — cars vs. bikes and pedestrians — is going away for good.