A large warehouse-like building planned for a parcel of land off Route 7 in Ashburn could become a new brewery, a new food hall, maybe even a badminton facility. The property is called Lexington 7 and it’s going to go up next to the Riverside Square shopping center that The Burn has reported on previously. (See stories here and here.) 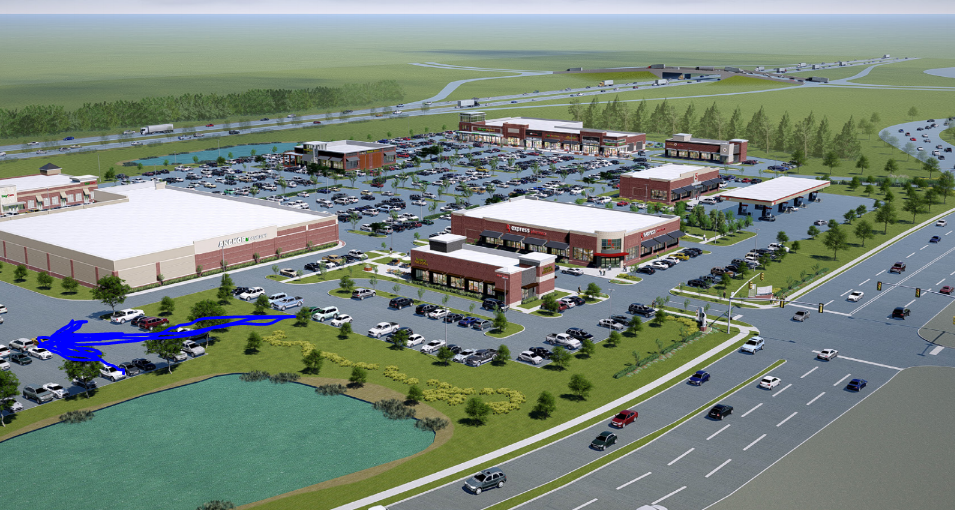 An artist rendering of the future Riverside Square center. Lexington 7 will be built immediately to the east.

The folks leasing the property are promoting roughly 10,000 s.f. of the 66,000 s.f. building as a potential site for a food-related business. Conversations are underway with a variety of potential tenants, including some who are interested in setting up a food hall. 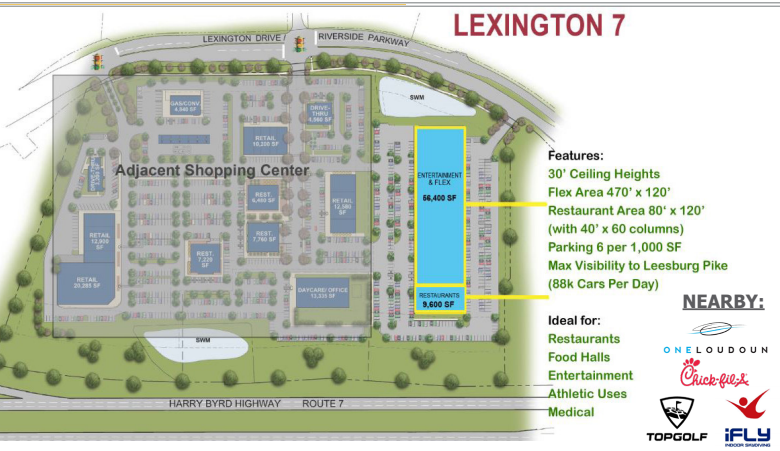 If you’re not up on the latest food trends, food halls are all the rage. Kind of like a food court, only the vendors are often local restaurants and artisan food outlets. Food halls often offer sit-down dining as well as selling prepared foods and products to go. If you spend time in NYC or Philly, think Eataly or Reading Terminal Market respectively as some examples.

The hope is that much of the remainder of the building could be leased to entertainment and athletic venues — such as an escape room, a climbing gym, a dance school or even a badminton facility. Apparently with Loudoun’s large Indian-American population, there has been interest in offering indoor badminton courts as the sport is popular in south Asia.