It’s the latest phase of the Marketplace at Potomac Station

Neighbors and drivers around Potomac Station in Leesburg have long wondered when the next phase of the development would get underway. (The Burn has been wondering too.) The big, empty lot on the southeast corner of Battlefield Parkway and Fort Evans Road NE has had signs saying retail was coming for years now. Then this week, construction crews showed up and started work. 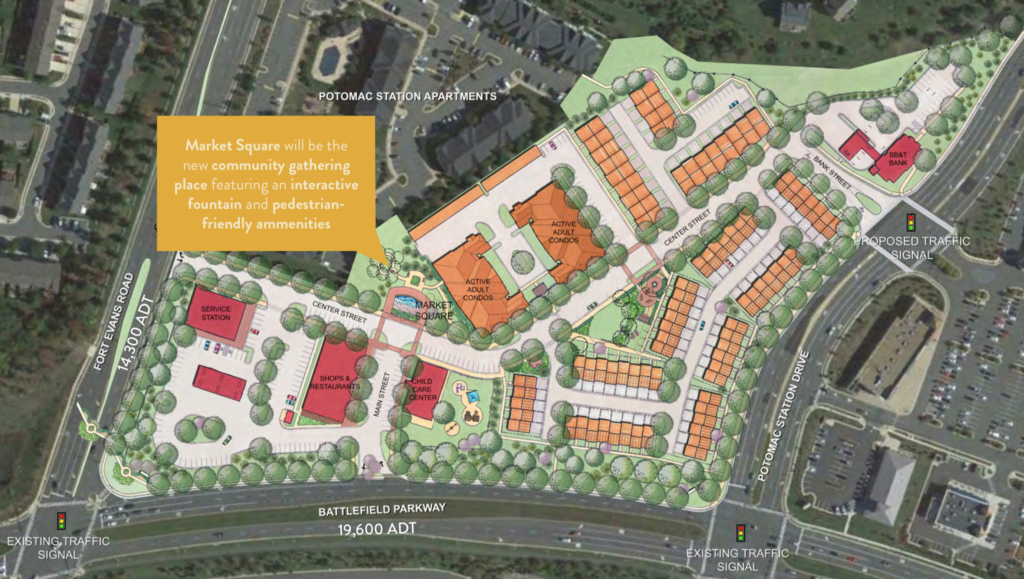 It’s a sister site to the current Marketplace at Potomac Station, the Giant-anchored center just to the south (where the Best Buy, Arby’s and Green Turtle are located).

The new center will have some 160 residential units as well as 35,000 s.f. of retail space. Plans call for a gas station right at the corner, a childcare facility and a row of retail stores as well. There’s also supposed to be a public area called “Market Square” with an interactive fountain feature. 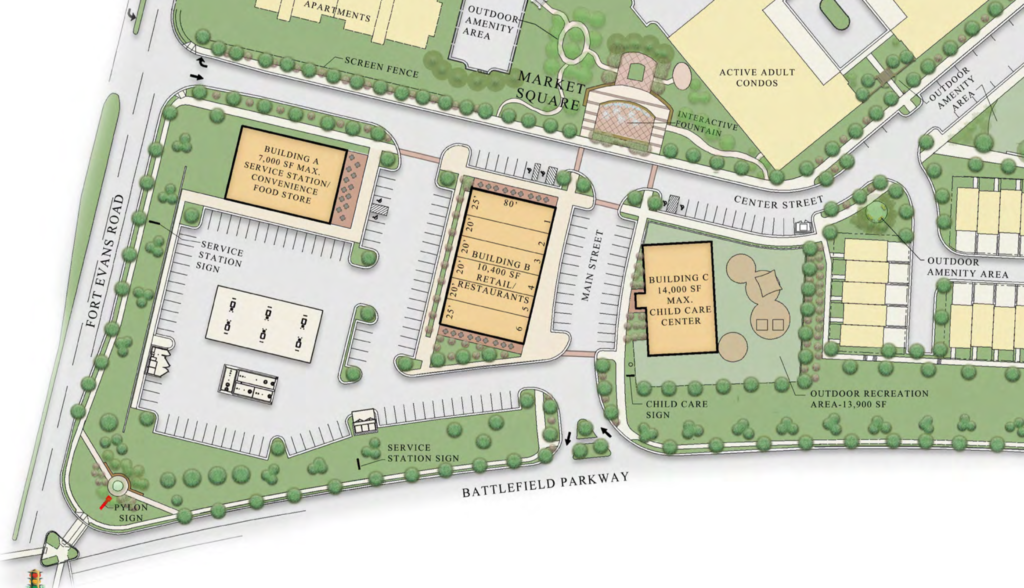 The Burn made some calls and we’re told between the site work and then construction plus leasing out the spaces, it’s likely businesses won’t start opening in the center until 2020.

(Thanks to readers Hilary Homan and Chris George for the news tips.)

7-ELEVEN TAKING OVER TWO ASHBURN CONVENIENCE STORES, ONE IN LEESBURG