The march was in response to the death of George Floyd in Minneapolis, who died while being arrested by local police officers. 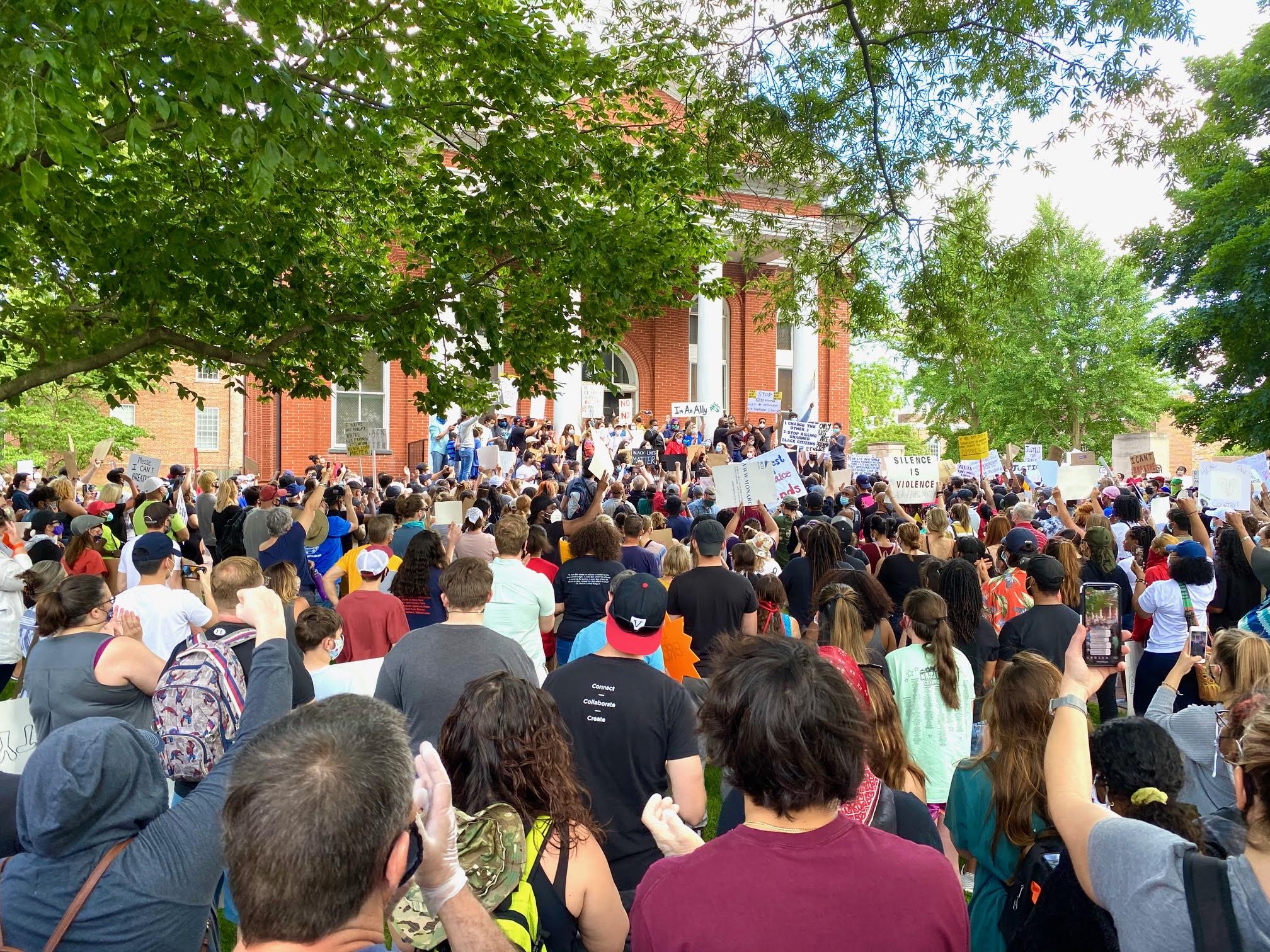 A large crowd of protesters marched peacefully through the streets of downtown Leesburg — some chanting “Black Lives Matter — before gathering on the lawn of the Lee County Courthouse where several speakers addressed the crowd.

The march was in response to the death of George Floyd during an arrest last week by Minneapolis police. The arrest and restraint of Floyd was captured on video and has ignited a firestorm of protests — some violent — in cities around the nation. 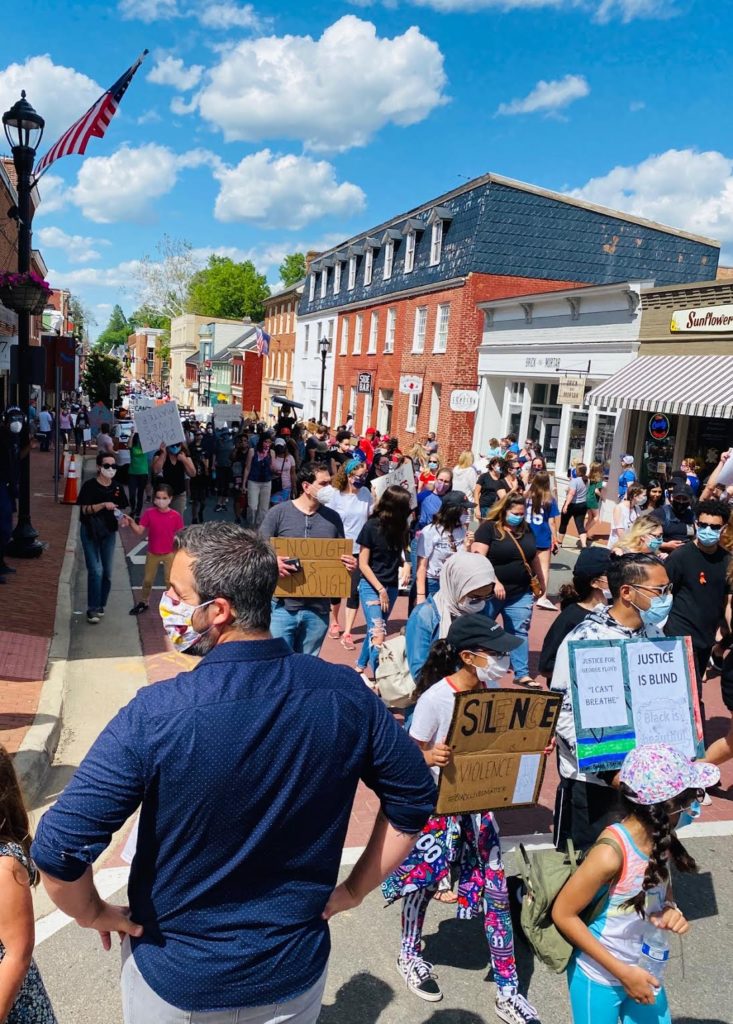 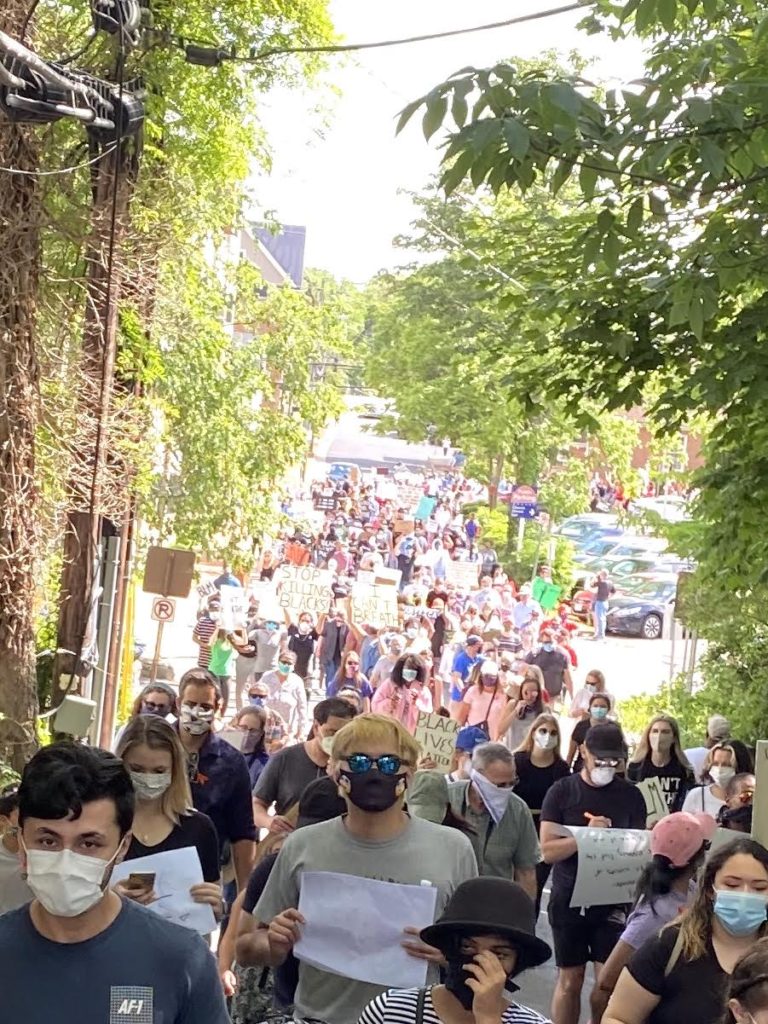 Many of the marchers carried signs that decried Floyd’s death and the treatment of black Americans by law enforcement agencies. When they gathered at the courthouse, they surrounded the Confederate soldier statue that stands on the grounds and has been a source of contention for years. Speakers included leaders from the local NAACP organization as well as Phyllis Randall, the chairwoman of the Loudoun County Board of Supervisors, and Congresswoman Jennifer Wexton.

A Leesburg Police Department spokesperson said the event was peaceful and there were no arrests or incidents. One police officer was seen applauding along with the protesters, while another was spotted taking a photograph for some of the marchers. The department estimated the crowd at around 500 people, although some in attendance believe it was at least double that. (More photos below.) 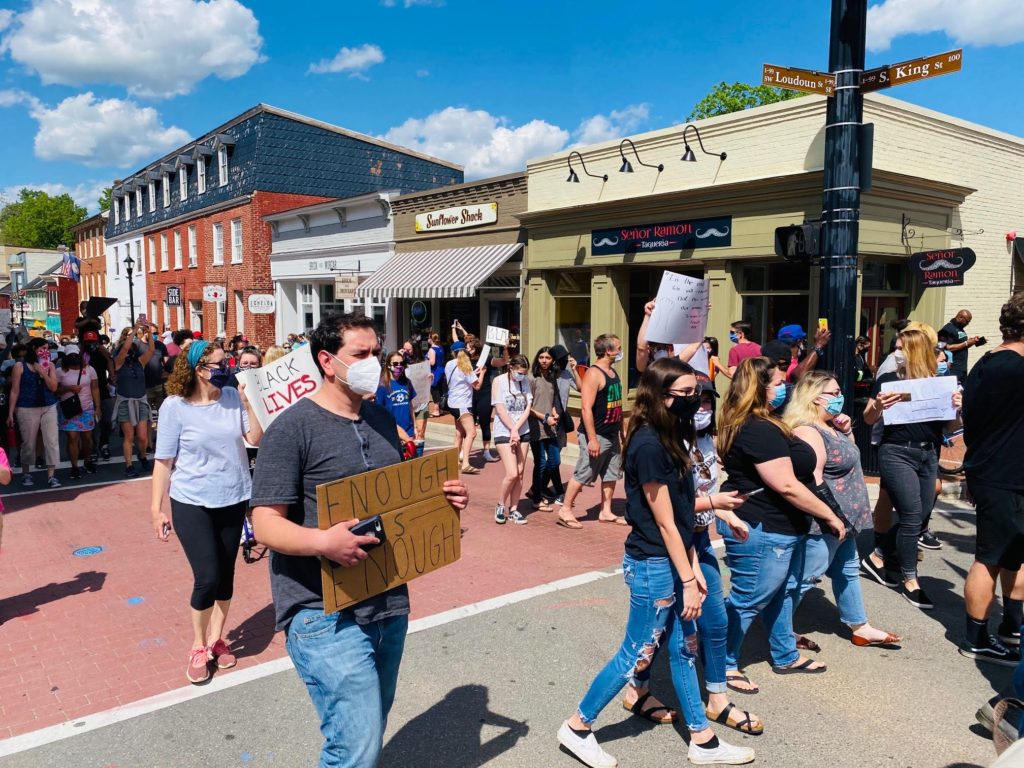 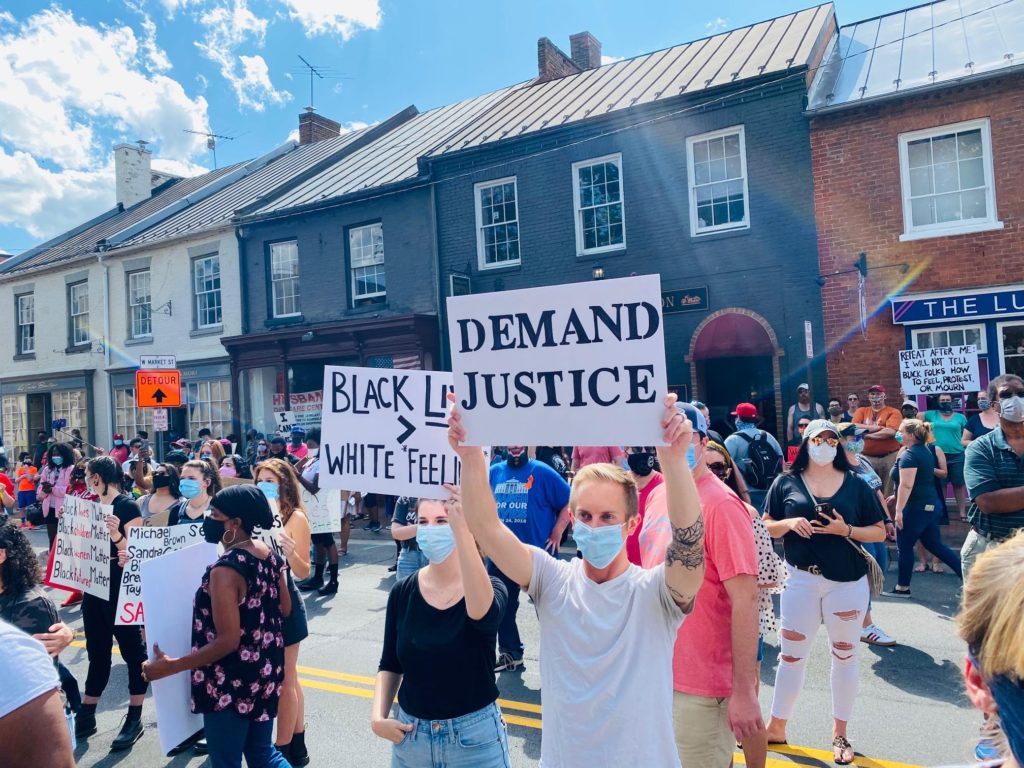 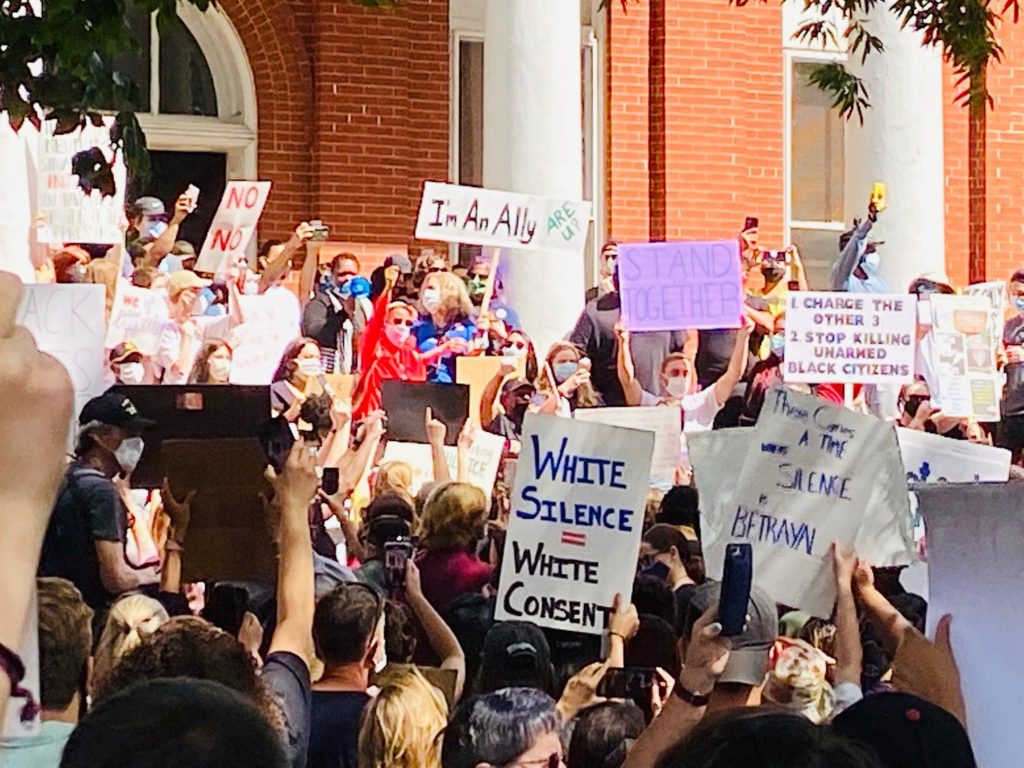 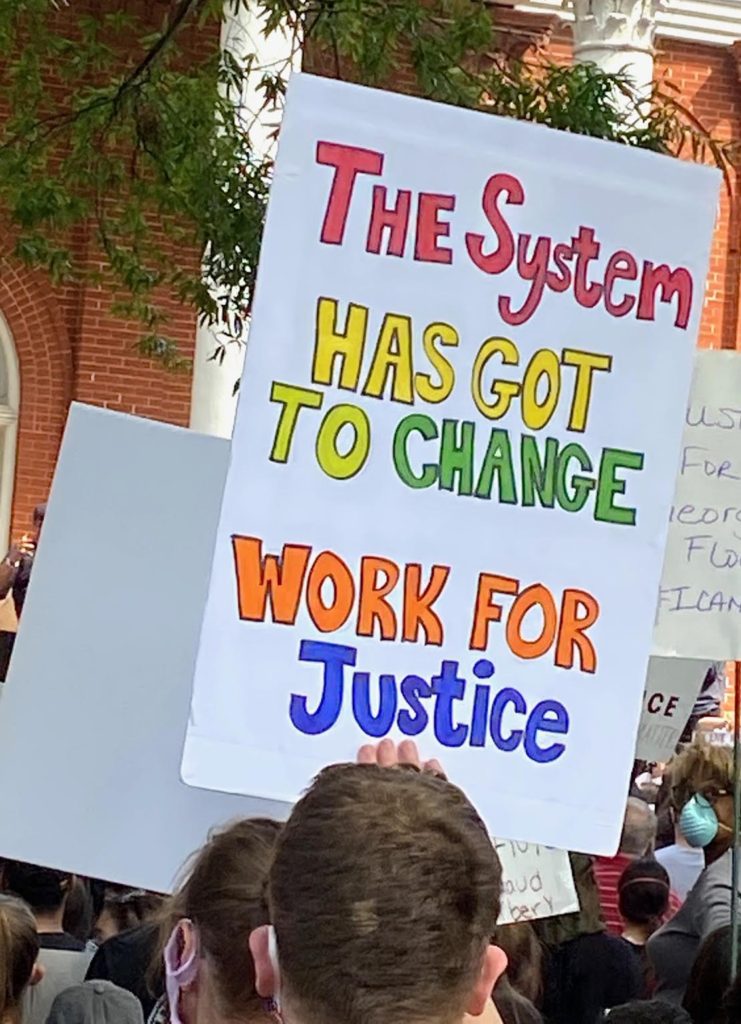 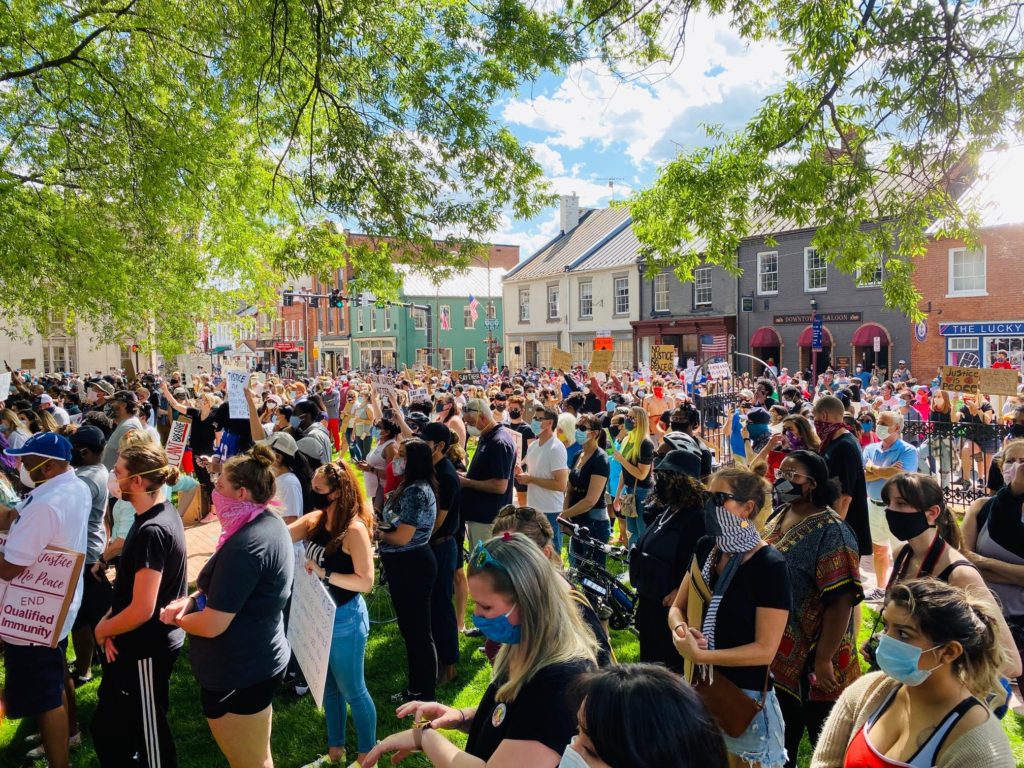 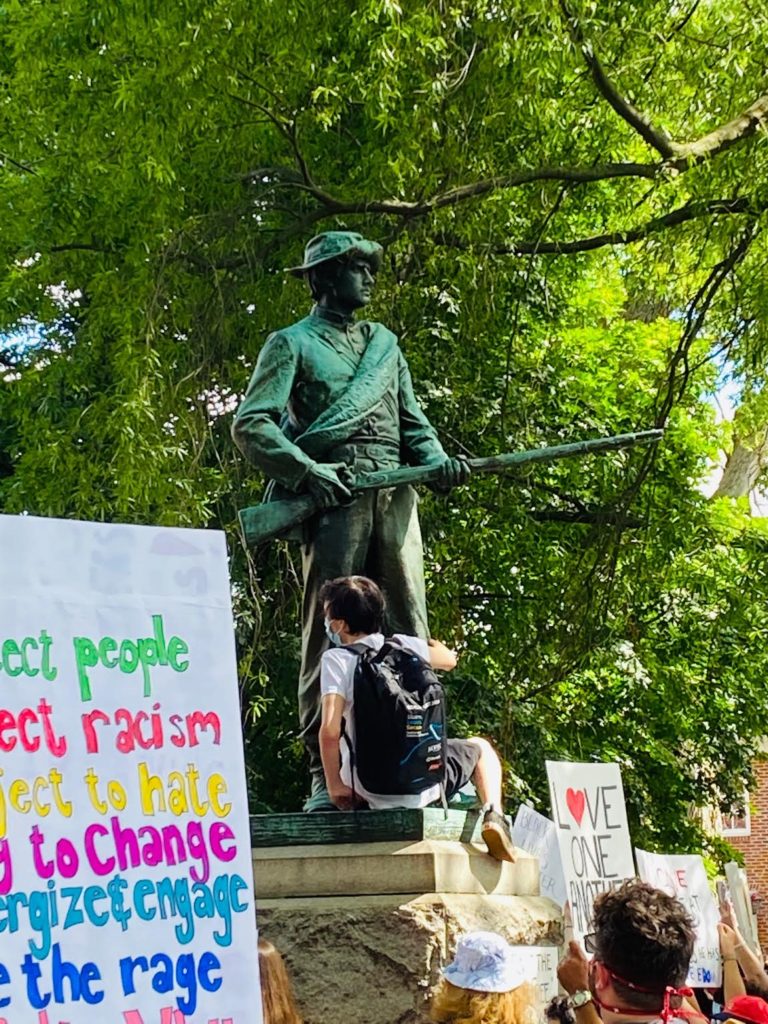