The new building will feature a drive-thru lane for customers. 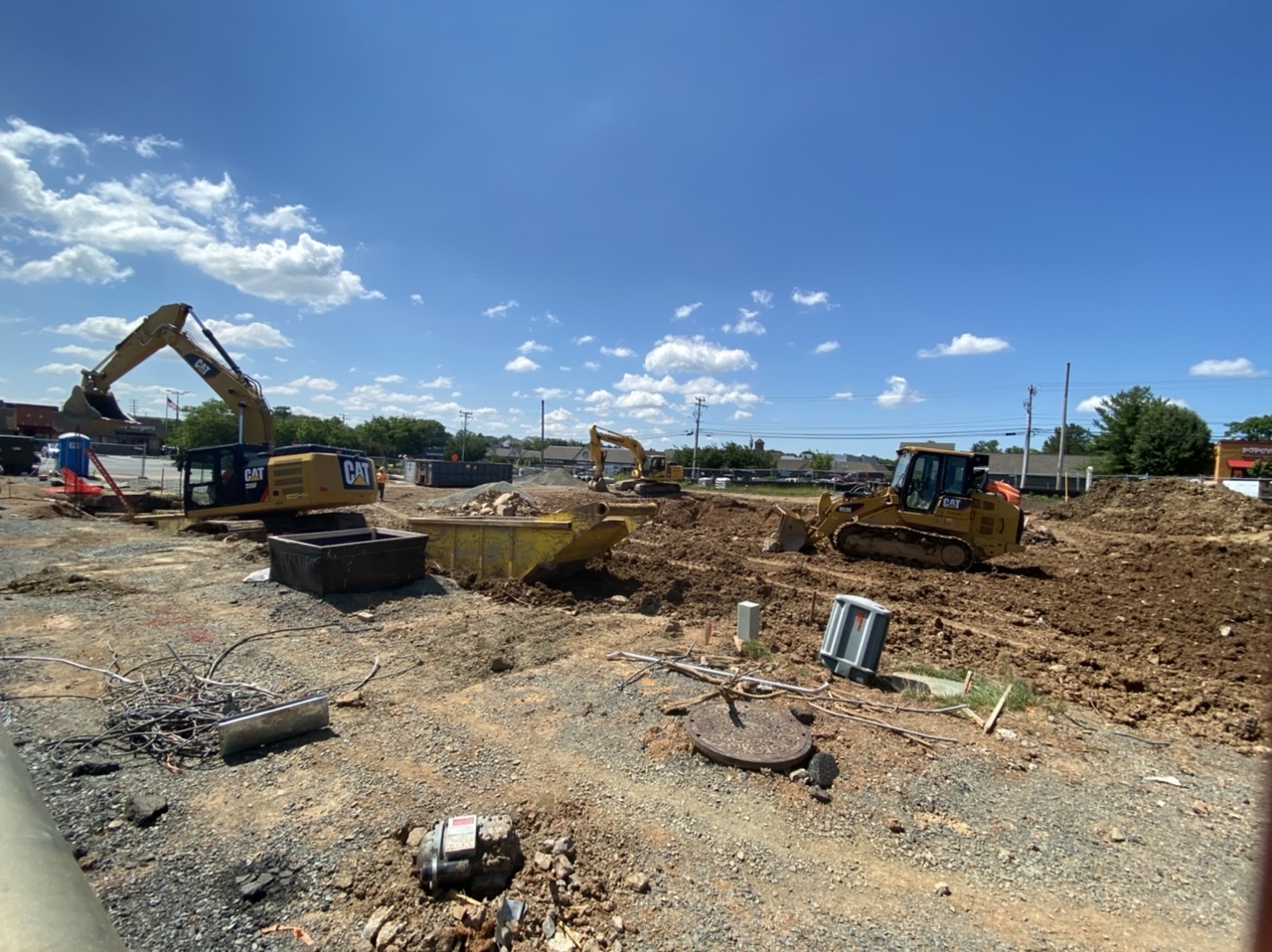 Serious work is underway on the new Starbucks drive-thru location coming to Market Street near the intersection with Plaza Street in Leesburg. So serious they razed an old bank building to make way for the new coffee shop.

For years, the former M&T Bank building has stood in the Leesburg Plaza shopping center next to the Roy Rogers restaurant. But it came down in a matter of minutes last week. The Burn happened to pass by as the mighty machines started their work. When we passed by 30 minutes later, the building was flattened.

A new 2,500 s.f. Starbucks with a drive-thru lane will go up on the parcel of land. The current Starbucks in the area stands across the street, but the building does not have a drive-thru. Many Starbucks locations around Loudoun have been moving into new buildings in order to have the all-important drive-thru option. Locations in Lansdowne and the Broadlands recently made similar moves.

No word on when the new Starbucks will be ready. Plans had originally called for a Summer 2020 opening, but work didn’t start as soon as they had hoped.

Ashburn Farm was briefly infamous for a 1903 mass food poisoning