The colorful new signs are part of a major marketing push as new apartments open and the Metro inches closer. 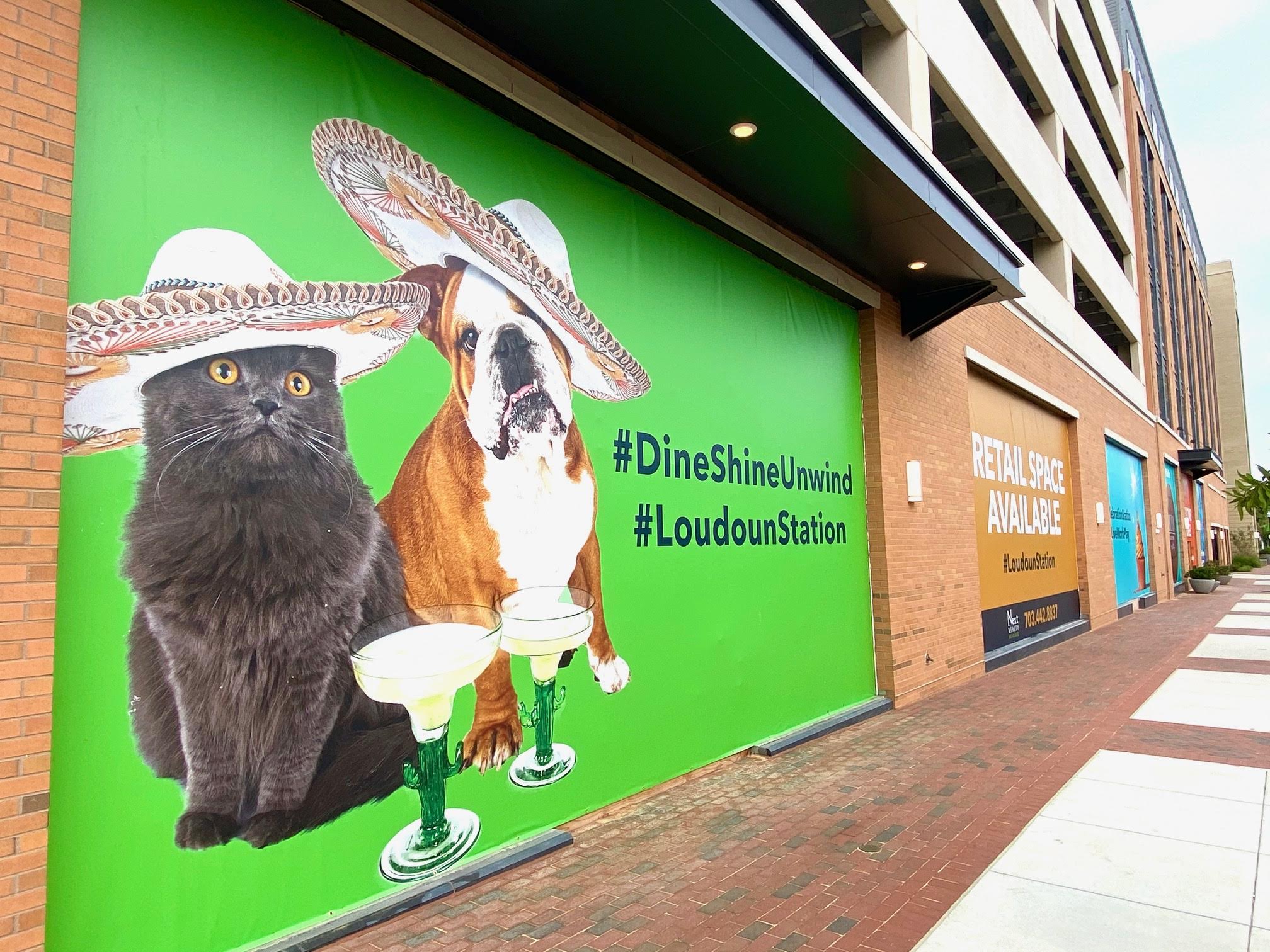 Loudoun Station, the lifestyle center near the Ashburn Metro stop, has exploded in colorful banners, including one banner that is roughly six stories tall. The new marketing push comes as the long-awaited opening of the Metro’s Silver line in Loudoun inches closer. 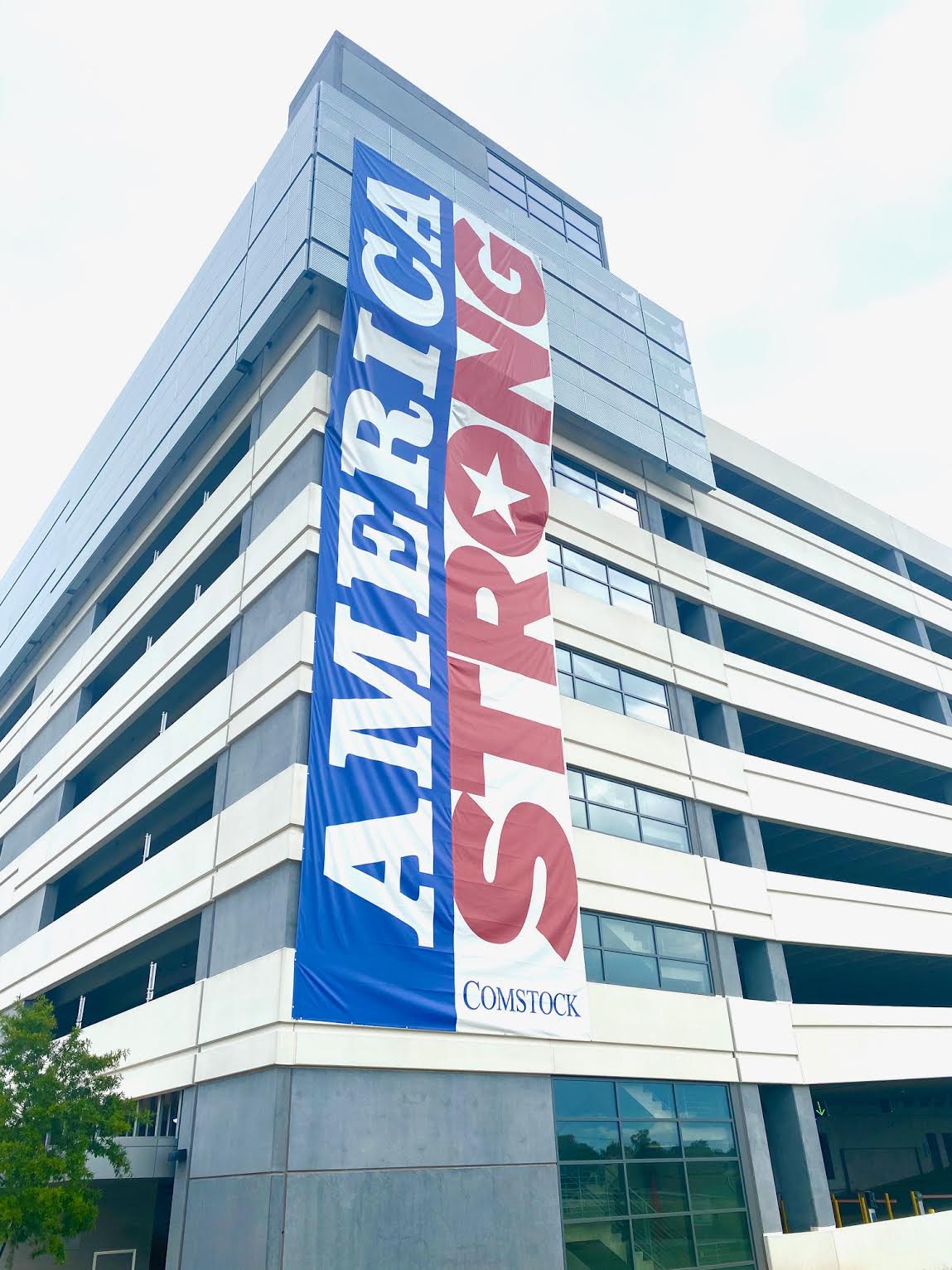 The most eye-catching new banner at Loudoun Station is the six-story tall “America Strong” banner that hangs on the side of the center’s new parking garage. The huge message is clearly visible to cars traveling along nearby 267. Other banners promote the opening of a new apartment building at the center, and tout the centers retail openings. 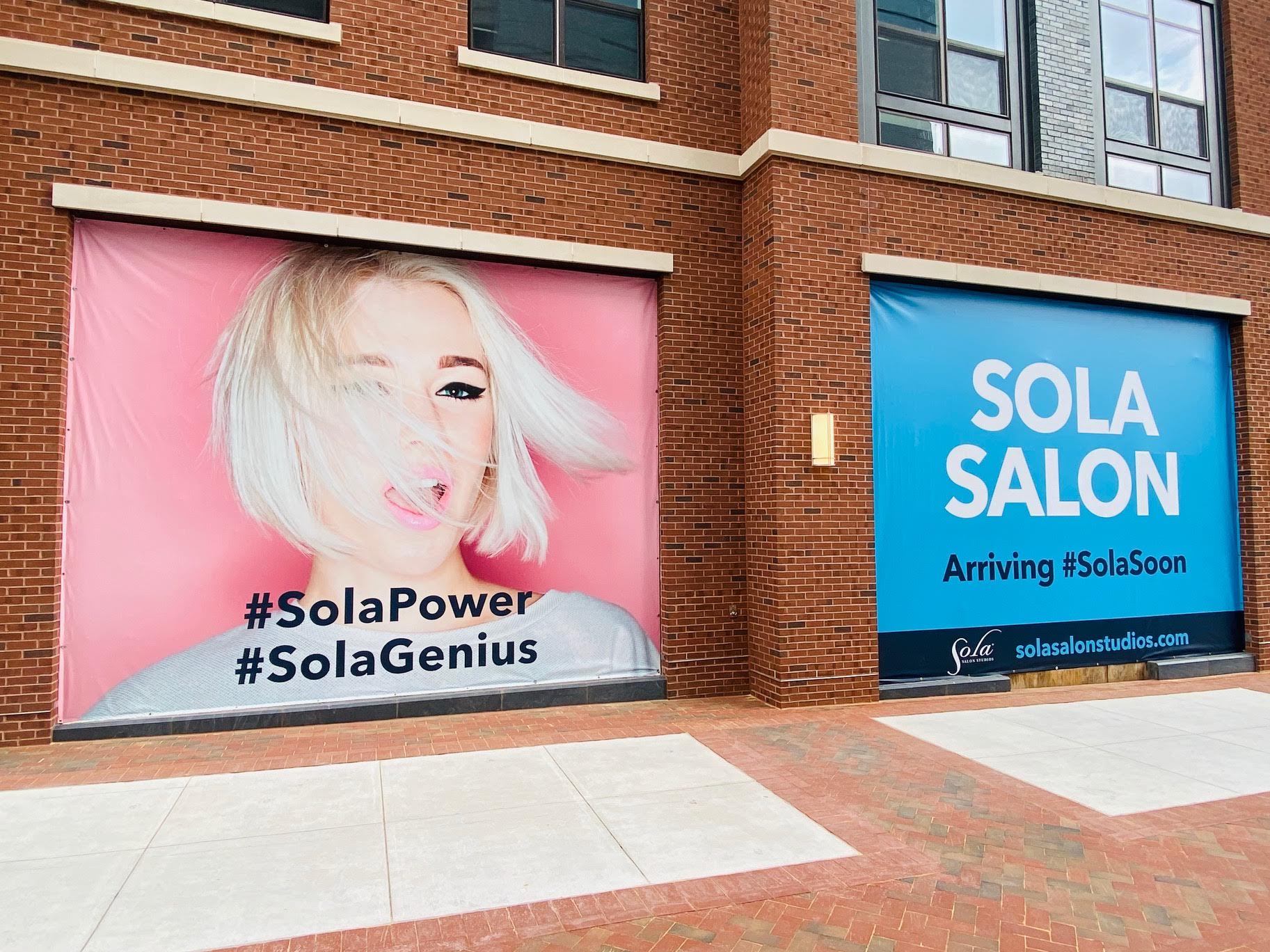 Among the future tenants — a Sola Salons Studio which has banners up as well. And as The Burn first reported last December, the Chesterbrook Academy preschool is coming to a long first-floor space under the parking garage. 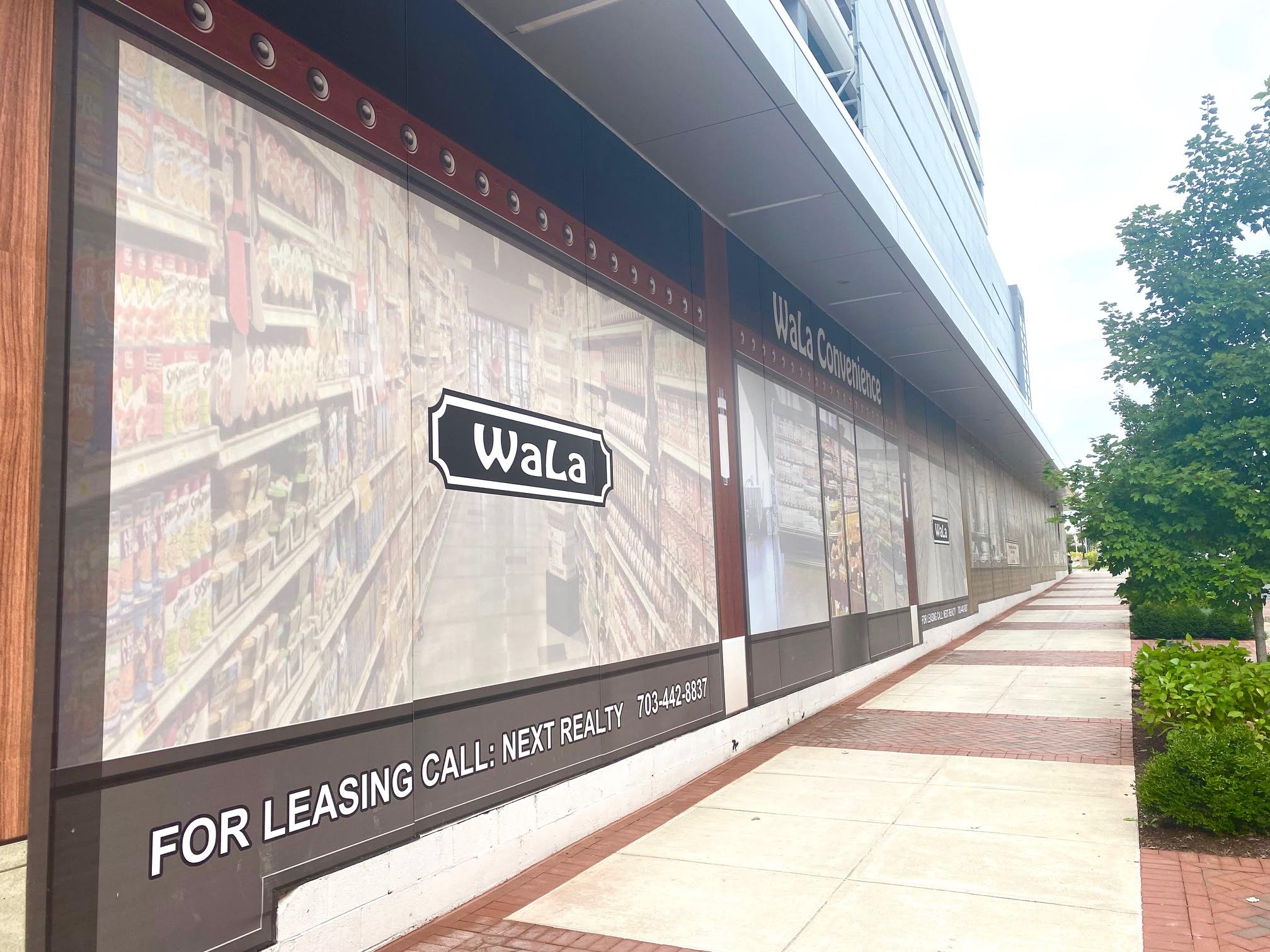 We reached out to Loudoun Station officials to ask about all the new banners and it’s just as you would expect. Despite rumblings the Metro opening is going to be delayed again, the station and rail line are nearing completion and it will open eventually. Loudoun Station has long expected that the opening and thousands of commuters passing though the center each day would create new interest in their residences, their office and their retail spaces. So the big marketing push starts now.

Besides a farmer’s market, the center has also recently started hosting occasional Cars & Cigars events which bring out dozens of vintage cars and decked out hotrods, while pulling in hundreds of car enthusiasts. The final one of the season is scheduled for October 10 from 2-5 p.m. at Loudoun Station. Visitors to these type of community events are another target audience for the new banners. 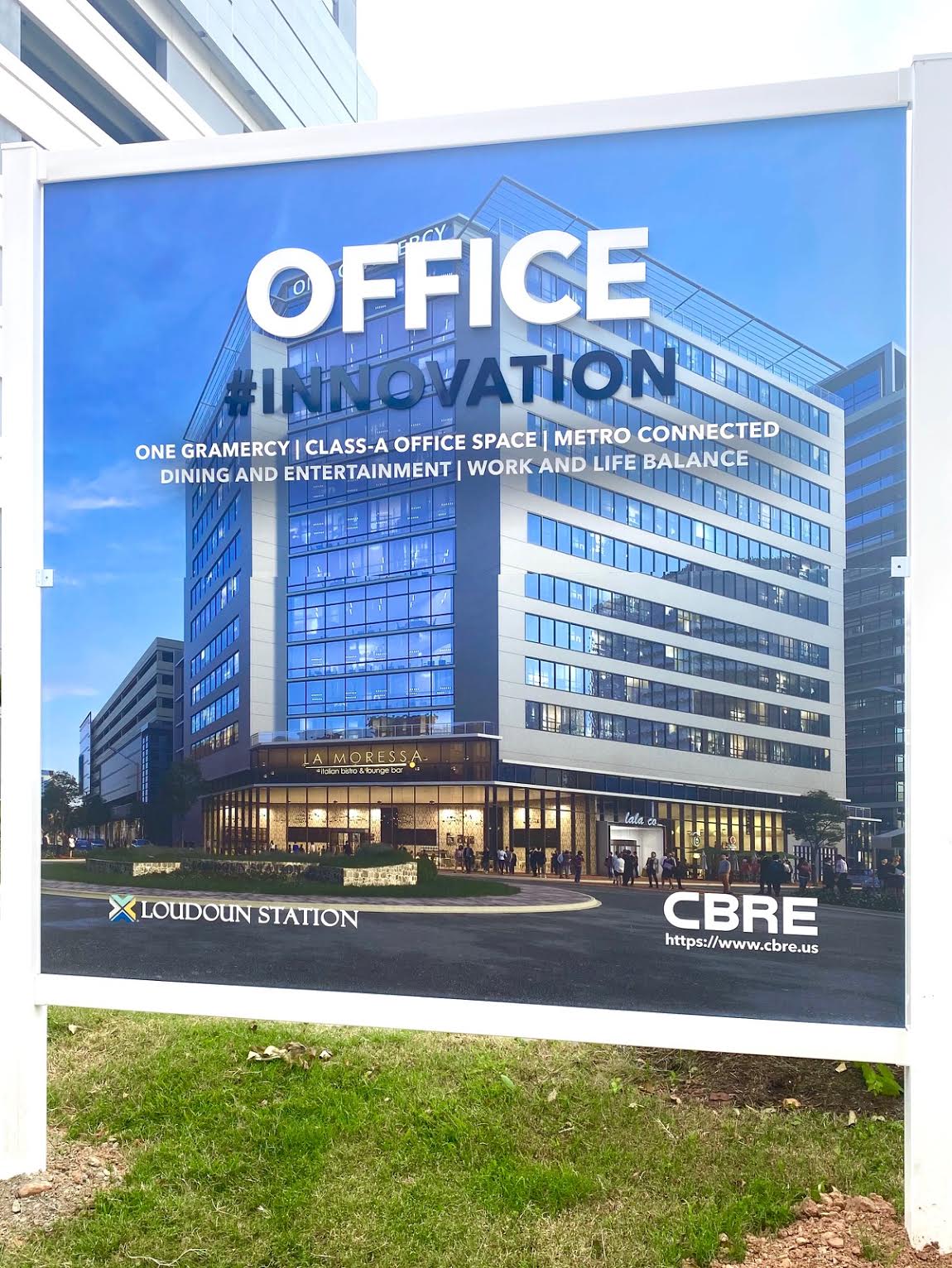 Of course, other new buildings are planned for the center and adjacent property as well, including the One Gramercy building which is expected to become the tallest building in Loudoun . (See our story about that building here.) 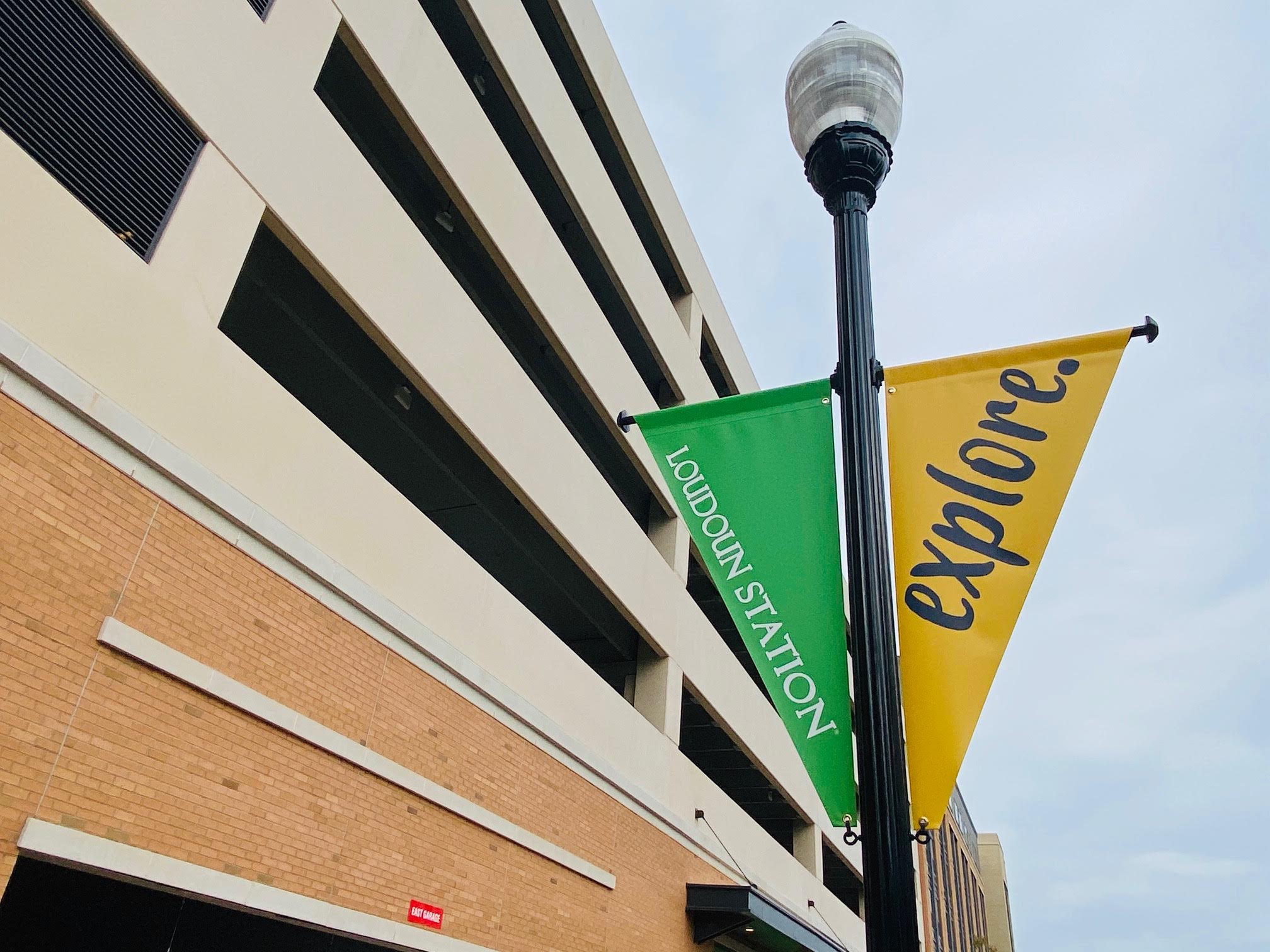