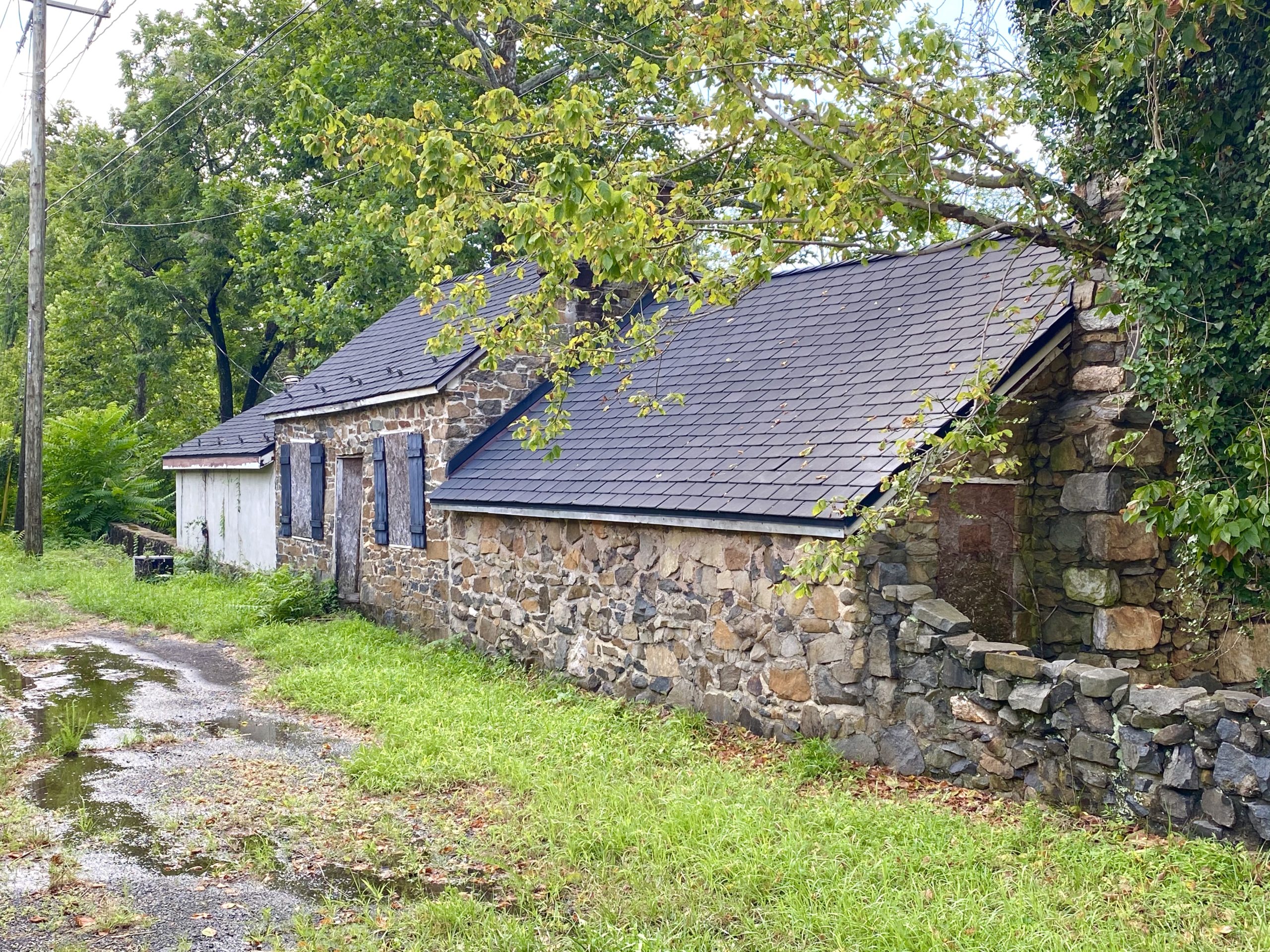 DEATH AT THE TOLL HOUSE

Every day, thousands of commuters speed over the Broad Run creek on Ashburn’s eastern boundary. Traveling down Route 7 from their suburban homes to jobs closer to the city, few of them notice the low, gray roof just visible above the concrete barrier along the side of the road. Fewer still know that 88 years ago, this modest building was the scene of a shocking story that made headlines around the region for weeks.

Based on old newspaper accounts, census records and other historical documents, here is our best accounting of what happened. It was 1932 — more than a decade into Prohibition. Herbert Hoover was in the White House. The Washington Senators were vying for first place in the American League. And Loudoun County was a quiet farming district with a population of just 20,000. The few hundred people who lived in what we consider Ashburn today were mainly focused on dairy farming, transporting milk on the railway to Washington, and hosting the stream of vacationers who came to stay at the area’s boarding houses and enjoy the fishing on Goose Creek.

On the early morning of August 29, there would have been little to hear but the ever-present cicadas and frogs and the occasional lowing of cows in the fields bordering the Leesburg Pike, as Route 7 was then commonly known. Suddenly, there came the sound of voices raised in anger, emanating from the stone toll house next to the 1820 stone bridge where the turnpike crossed over the Broad Run. This was followed by two gunshots ringing out through the still morning air.

People sleeping in the farms and cottages nearby would surely have been woken by the sounds, though many might have assumed they were nothing more than someone hunting in the early hours before dawn. It wouldn’t be until hours later that the Ashburn community heard the news — a neighbor had been shot dead.

The victim, who authorities found lying outside the toll house as the sun came up, was 78-year-old Amos Jenkins, the former proprietor of the Ashburn House Hotel. (Ashburn residents today know this structure as the purple-tinted building that still stands on Jenkins Lane in Old Ashburn). The chief suspect, one Lerty Holsinger, age 38, was taken into custody by Sheriff Eugene Adrian. Holsinger was also a local man who had been staying with Jenkins and a housekeeper at the toll house since becoming estranged from his wife. Local historians say the two men were reputed to be involved in the bootlegging trade, passing pints of moonshine — what one local at the time called “real hot stuff” — through car windows outside the toll house in exchange for $2.

And indeed, both the shooter and the victim had a history of run-ins with the law. The Evening Star newspaper reported that in 1931, Holsinger was shot three times, including one bullet that shattered his ankle, while scuffling with two police officers on Chain Bridge Hill in Alexandria. He was reportedly found with illegal liquor in his car. And if there is any doubt that this was a wild era in Loudoun, the Richmond Times-Dispatch reported that Jenkins had been arrested in 1928 for shooting and wounding a young man who had turned up at his doorstep asking for food.

During the trial for the toll house shooting, Holsinger claimed he was awakened by sounds outside and looked out the window to see Jenkins taking the ax from a woodpile while muttering threats against him. Jenkins allegedly made his way upstairs to Holsinger’s room, pushed his way inside, and brushed aside an attempt at self-defense Holsinger made with a crutch he used (due to being shot in the ankle the year before). At this point Holsinger said he snatched his gun — a .22 pistol — from the bedside drawer and shot Jenkins twice. Jenkins stumbled from the house to the side of the turnpike, where he collapsed to the ground. Holsinger was arrested and held at the county jail in Leesburg before being released on bond pending his trial. As the trial began, the Washington Post reported, “the only eyewitness to the shooting was Mrs. Janie Shugars, the housekeeper for the two men.” According to the paper, her testimony substantiated Holsinger’s story.  The jury duly found Holsinger innocent of murder.

At this point, the trial was over, the newspaper coverage was finished, and the Holsinger-Jenkins case faded from memory. But the story doesn’t quite end there.

To learn about the surprising twist that happened after the trial ended and to see one of the last known photos of the old Broad Run bridge, click here and read the rest of “Death at the Toll House” over at the Ashburn Magazine website.