Fortunately, we’re told no one was injured in the incident. 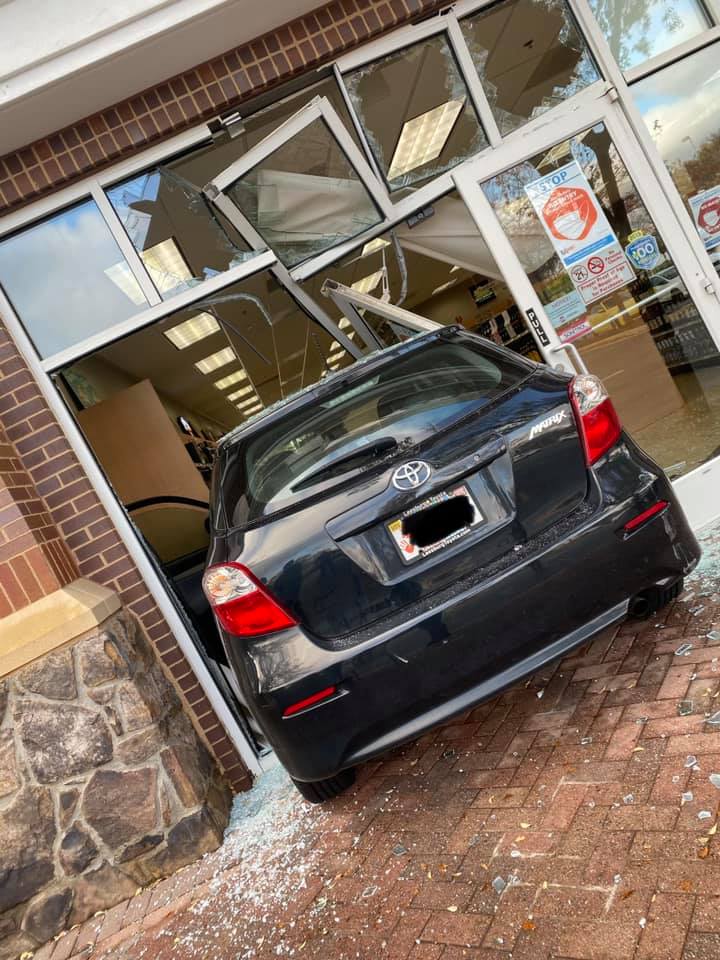 (UPDATED: 5:30 p.m. 11-1-20) Some hair-raising moments today at the Brambleton Town Center where a driver somehow lost control of their vehicle and plowed through the front of the Virginia ABC store. The vehicle went up over the curb, across the sidewalk and struck the front of the store.

The incident happened Sunday afternoon. The black Toyota Matrix was nearly all the way into the store when it came to a stop. Emergency crews from several area agencies responded. Fortunately, according to information from the Loudoun County Sheriff’s Office, nobody was  injured in the accident.

“At approximately 3:08 p.m. on Sunday November 1, 2020, a vehicle driven by a minor crashed into a glass storefront in the 42300 block of Ryan Road. The vehicle was also occupied by an adult passenger. There were no injuries reported,” a statement from the LCSO read. “It was determined the driver inadvertently pushed the gas pedal instead of the brake.  The driver was cited for driving without a license and the adult was cited for allowing a driver without a driver’s license to operate a vehicle.” 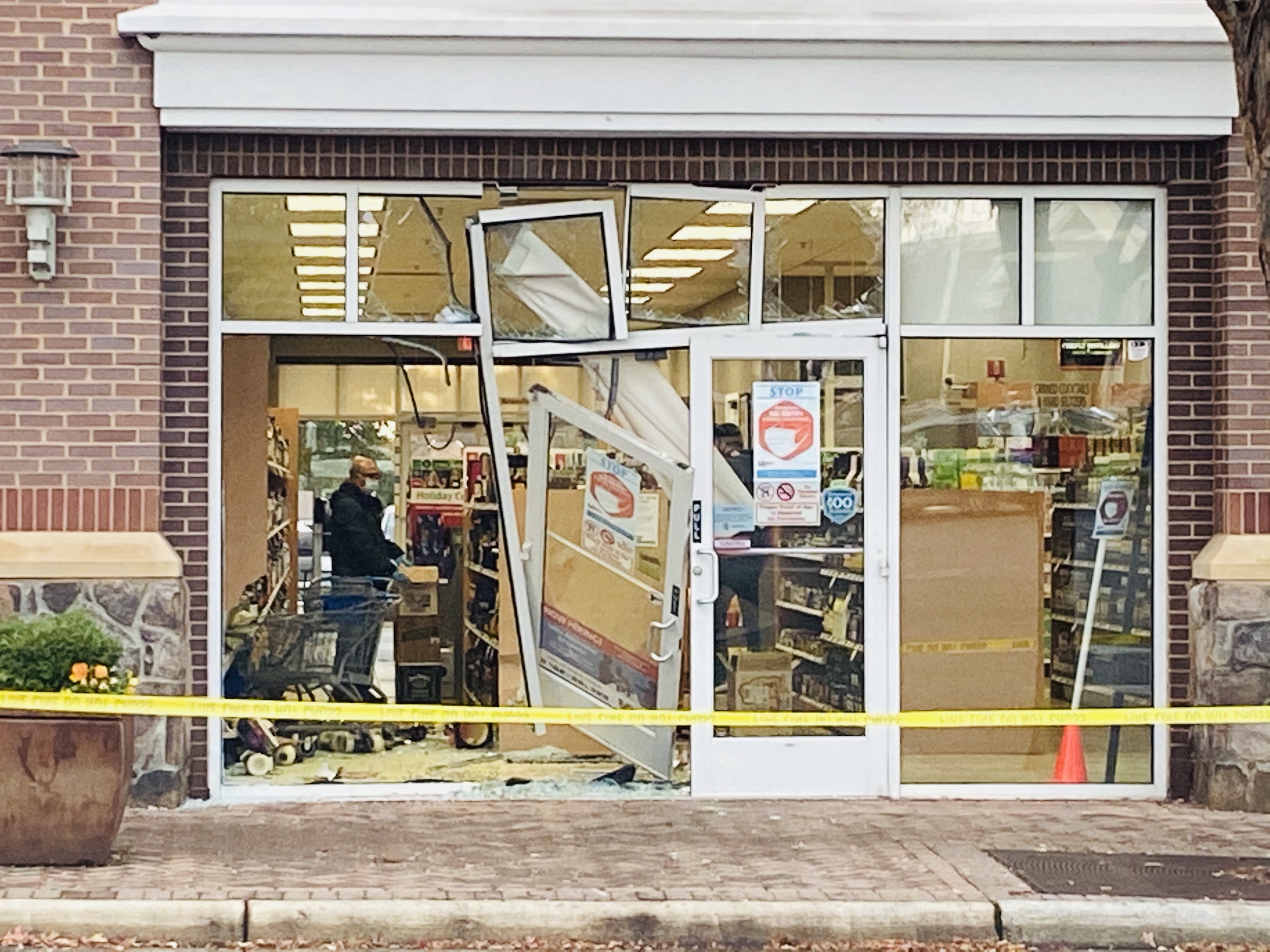 Once the car had been removed, yellow tape went up and workers inside the ABC store could be seen cleaning up some of the mess. Fortunately, it appears that the neighboring businesses – My Thai Place and Peet’s Coffee & Tea — were not impacted by the accident.