The restaurant is a sister operation to Sense of Thai St. at One Loudoun in Ashburn. 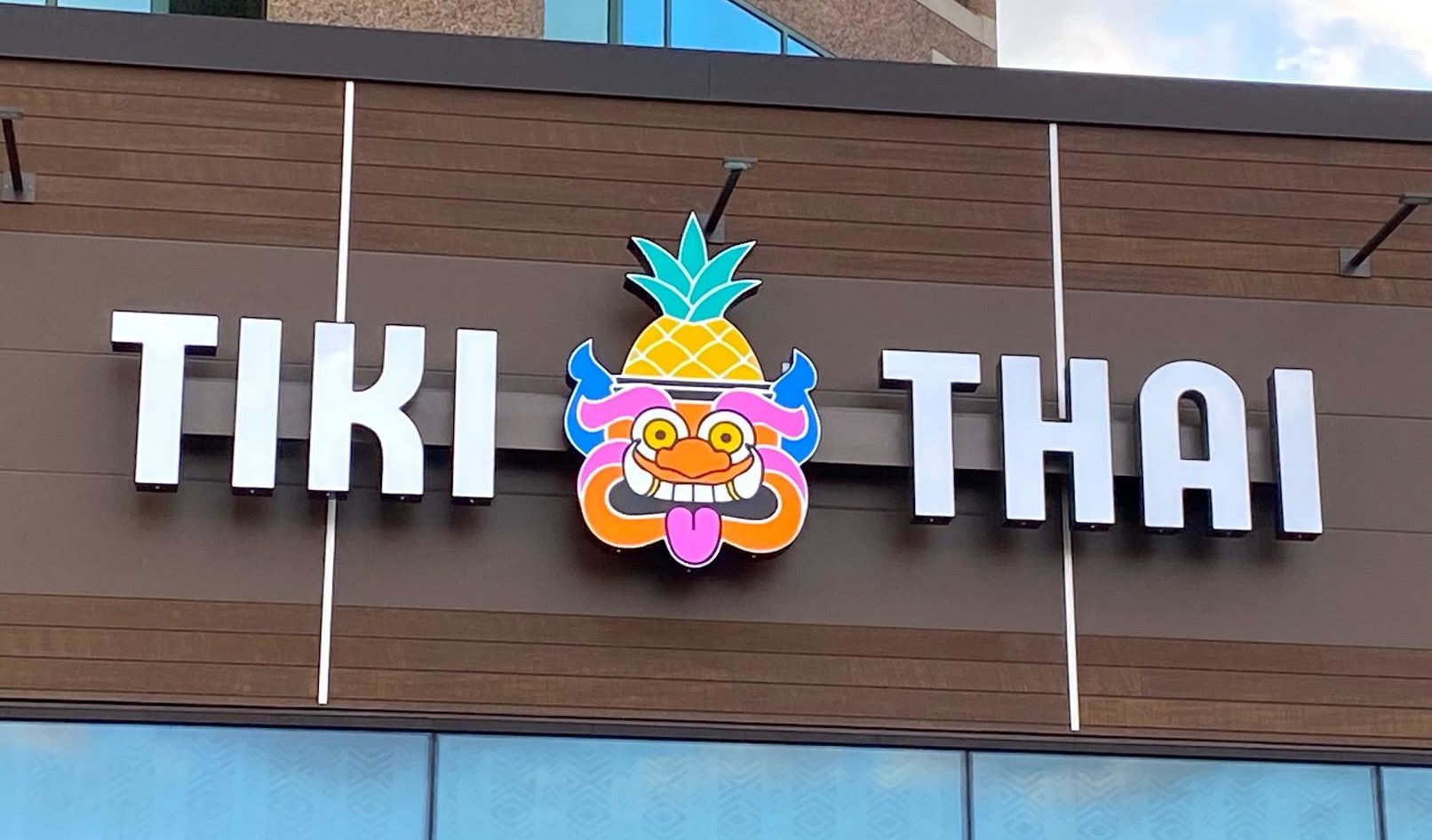 The eagerly awaited Tiki Thai in Reston is getting close to opening and the colorful sign has been mounted over the entryway. The Thai-themed restaurant is being created by the folks behind the popular Sense of Thai St. restaurant at One Loudoun in Ashburn.

Tiki Thai is coming to the Reston Town Center West development at the corner of Sunset Hills Road and Town Center Parkway. That’s the same development that has a Cooper’s Hawk, a Nando’s Peri-Peri and other restaurants. 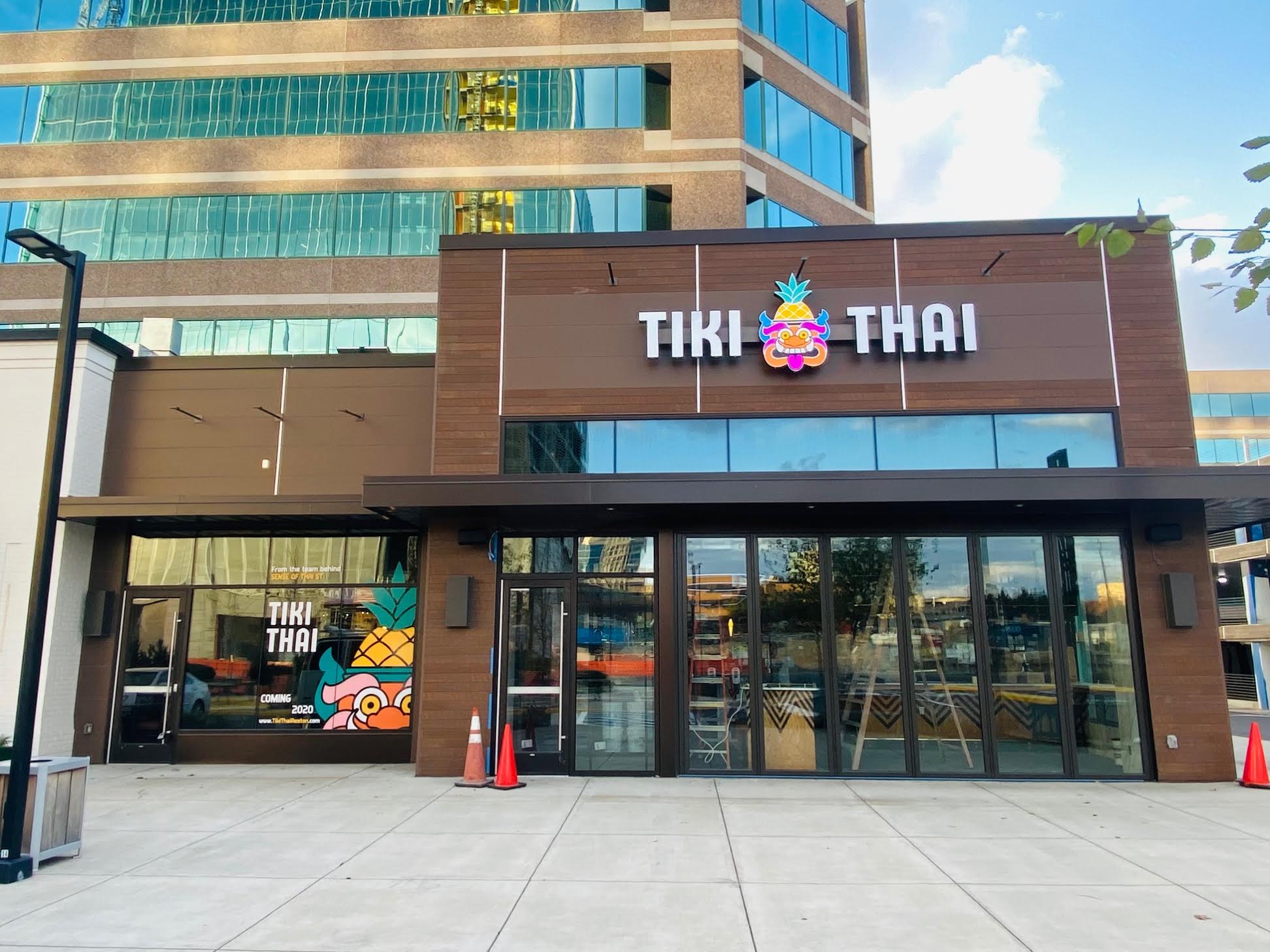 The menu will be similar to the menu at Sense of Thai St. but with many additional tiki themed dishes such as pupu platters and coconut shrimp, according to reporting from Northern Virginia Magazine. The restaurant had hoped to be opened by this past May, but the pandemic slowed down the plans. The restaurant should be opening anytime now. The Burn peeked in the window, and they still have some setting up to do, but it appears that all the furnishing and fixtures are in place.