Hiring is underway at the new ALDI grocery store in Leesburg — and they had better hurry.  The corporate website says the grand opening for the new location is just over a week away — December 17.

A peek in the windows shows shelves are up and being stocked as other fixtures are being put in place. The new discount supermarket is part of the Shops at Russell Branch, a shopping center under construction in front of the Lowe’s Home Improvement store off Russell Branch Parkway at Battlefield Parkway. Besides the Lowe’s, the ALDI will be the first tenant to open there in this latest wave of construction. Other future tenants include an Exxon gas station, Virginia Auto & Tire and a BriteWash Auto Wash. 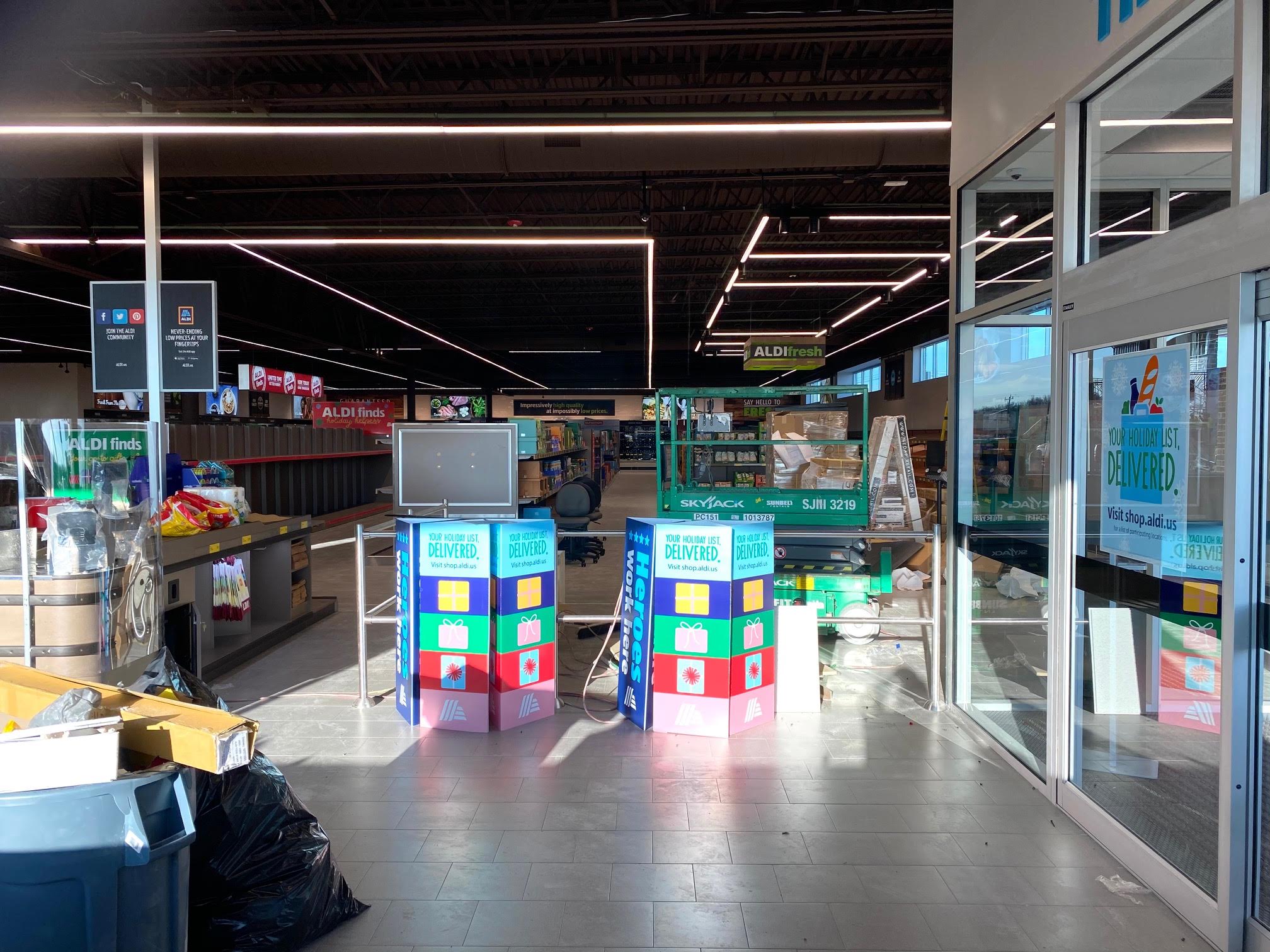 There will be several other retail buildings in the new center, but no tenants have been announced yet. This is the first ALDI location in Leesburg, as the brand continues its expansion in Loudoun County. In recent years, ALDI has opened locations in the Broadlands and off Loudoun County Parkway near Route 50.

(Thanks to The Burn reader M.B . for the news tip.)