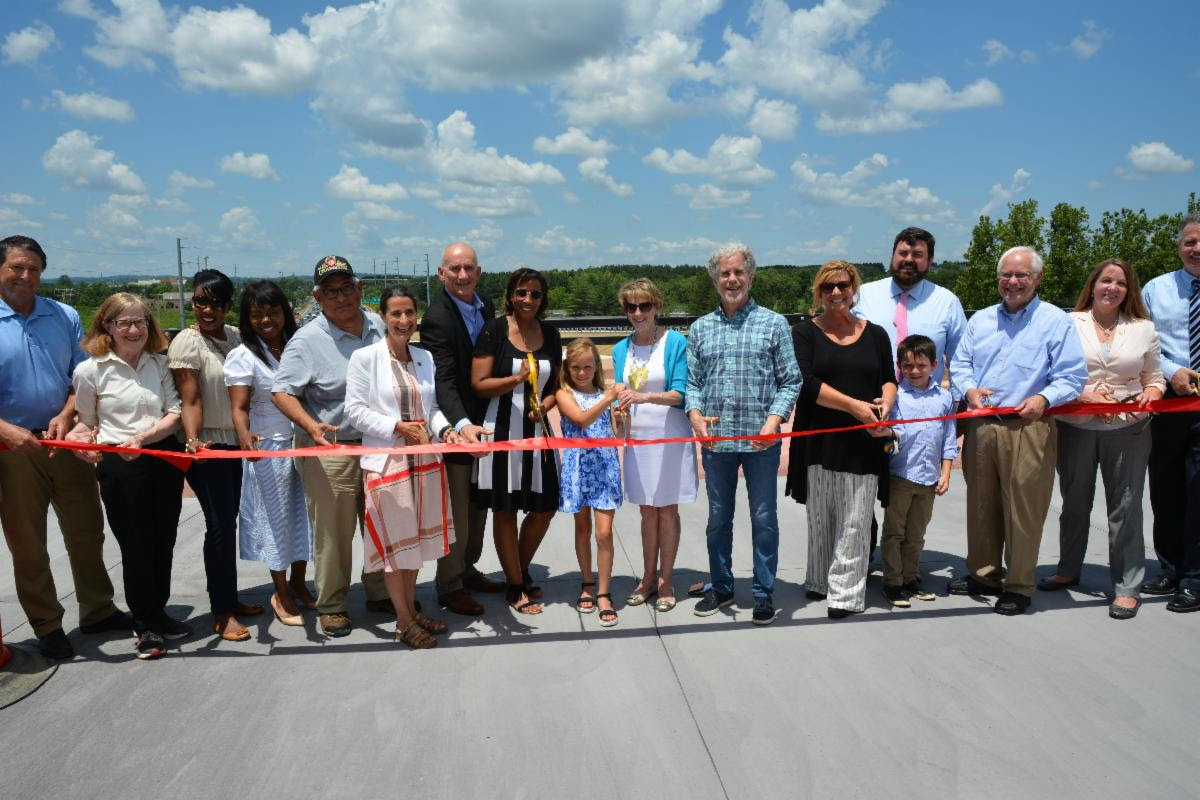 Big news for everyone in Leesburg as well as many commuters in the area — the Battlefield Parkway overpass officially opens to traffic this evening, Monday June 28. And with it, the signal at Cardinal Drive — the last traffic light on Route 7 between Sterling and Berryville — will be removed overnight. This will mean more route options, less congestion and a smoother drive across much of the county.

Just as The Burn first reported last week, a ribbon cutting ceremony was held today to inaugurate the new interchange. Dignitaries from the Town of Leesburg, Loudoun County, the Norther Virginia Transportation Authority and other agencies came together to commemorate the opening of the interchange which includes on and off ramps to Battlefield Parkway NE which now passes over Route 7.

The opening will come as a relief to the estimated 100,000 cars that travel along the route each day. Nevertheless, drivers need to stay alert in the area as work continues on ancillary projects such as sidewalks and bike lanes as well as landscaping and other items. This should conclude by this fall.

The impacted portion of Battlefield Parkway closed in July 2020 for the interchange construction. One year later, it’s ready to roll. Officials are waiting to open the roadway until after the rush hour Monday.

They had originally said if weather was bad, the opening could be pushed, but Monday afternoon — with a light breeze and clear skies — they announced the road would open as planned.