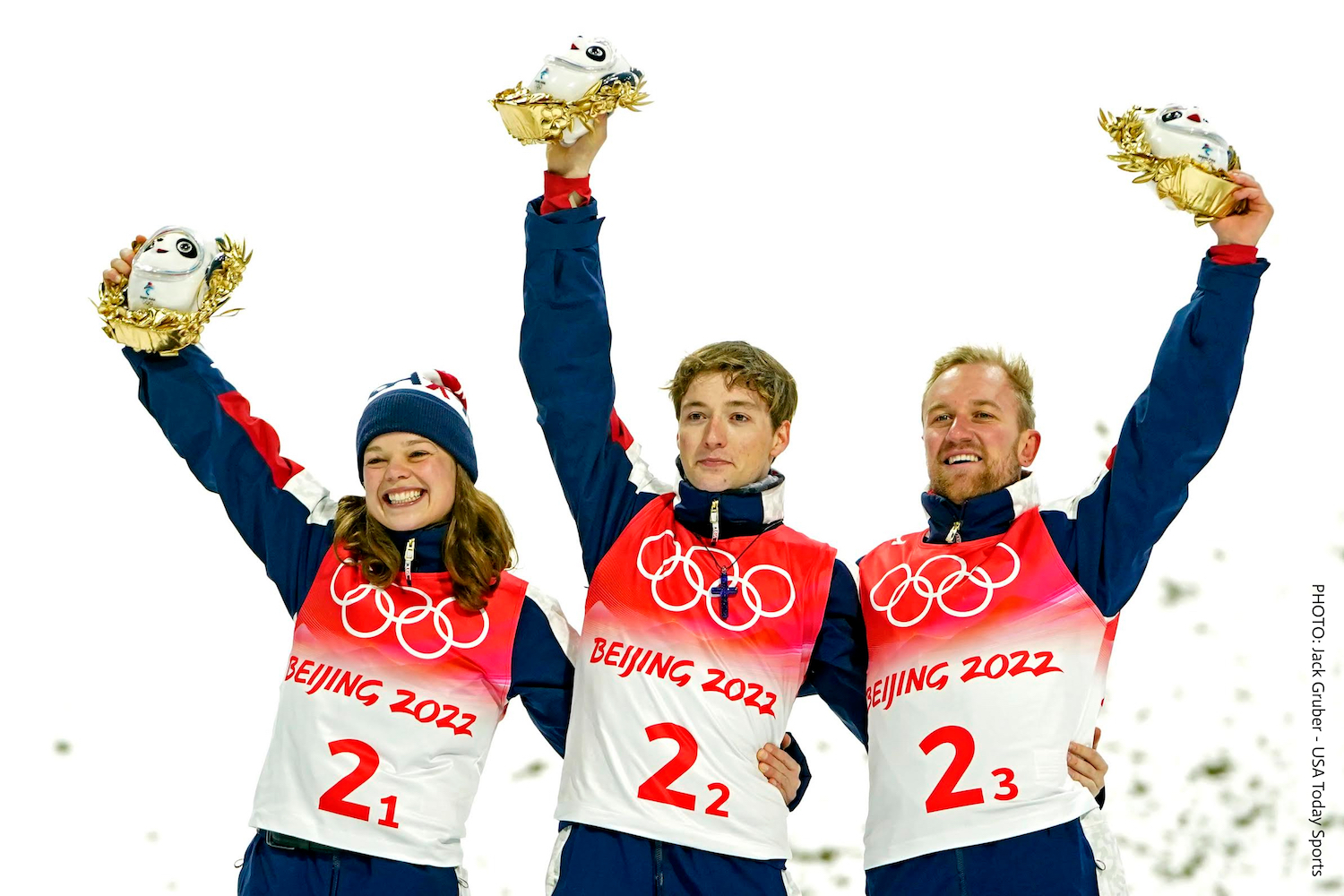 “I’ve been on a hunt for a gold medal for a long time now and have been pushing myself incredibly hard to do jumps I’ve never done before,” Caldwell told NBC Sports. “This is a dream come true.”

She won alongside teammates Christopher Lillis and Justin Schoenefeld. Schoenefeld is also Caldwell’s boyfriend of three years. This is the first year for the Mixed Team Aerials competition.

Caldwell, 28, is a champion freestyle skier who has been competing since 2008. Her speciality — aerials — has her soaring off jumps and twisting and turning through the air before sticking amazing landings.

In her younger years, Caldwell lived in Ashburn, trained in Leesburg and later resided in western Loudoun County. More recently, her family has called Houston home.

Caldwell was on the 2010, 2014 and 2018 U.S. Olympic teams. The Beijing winter games is her fourth time on the U.S. team. Caldwell will compete this coming week in the individual Women’s Aerials.