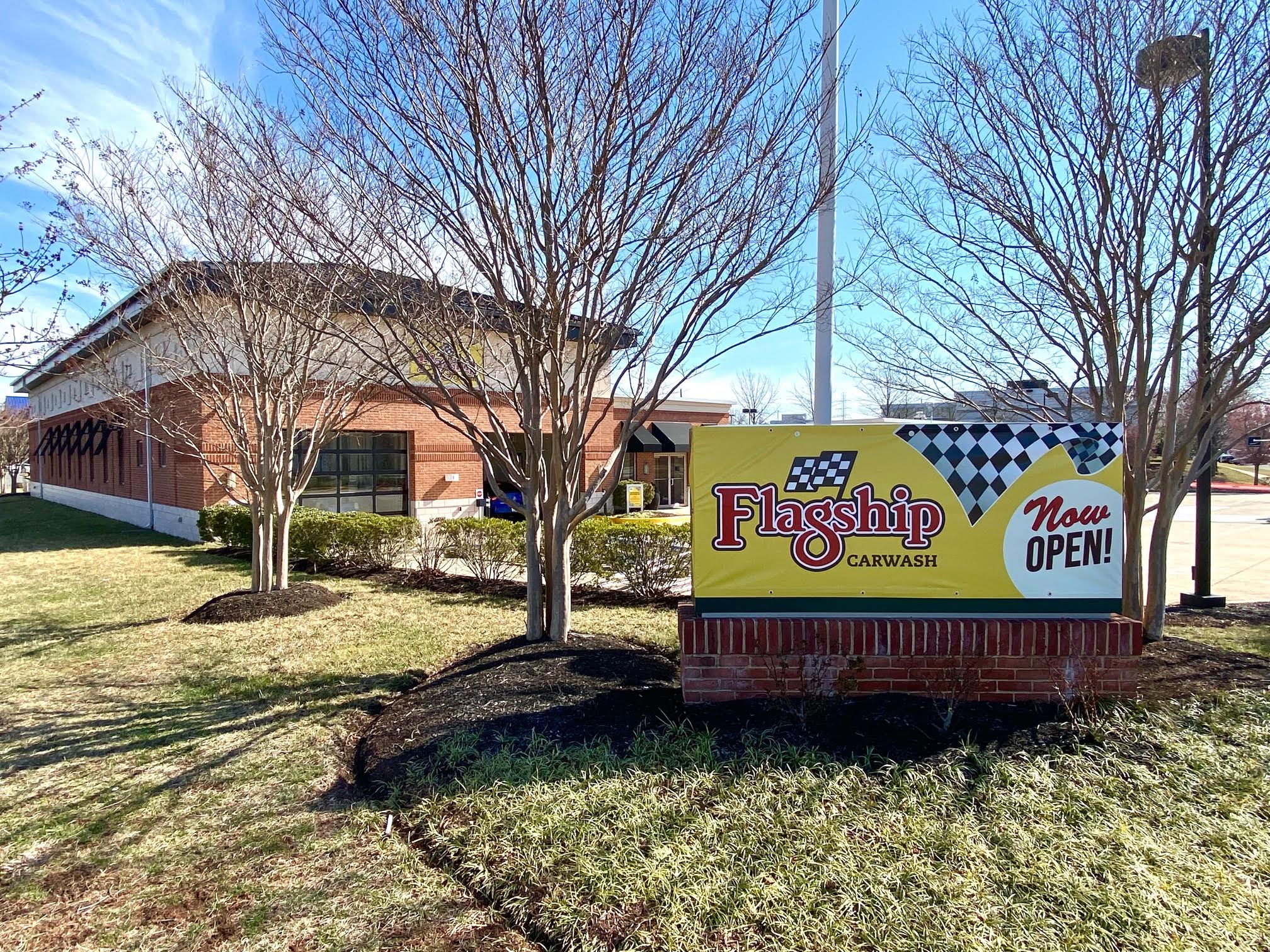 The new Flagship Carwash at the Dulles 28 Centre has opened for business, the latest new location for the fast-growing brand. That’s near the Wegmans and Target stores at Waxpool Road and Pacific Boulevard.

As regular readers of The Burn know, Flagship Carwash recently opened the largest indoor car wash in America across the street from One Loudoun in Ashburn.

They also purchased several other local car wash operations and are converting them into Flagship locations. These include locations in Purcellville and Leesburg, as well as three in the Ashburn area.

The Dulles 28 location is the first one of the Ashburn area car washes to re-open under the new banner.

It’s what the brand is calling a Flagship Express, featuring a tunnel to wash the exterior of your car or truck and then free self-service vacuums, towels and compressed air for your vehicle’s interior.

No word on when the other two Ashburn locations — at the centers commonly known as Pipeline Plaza and Junction Plaza — will reopen, but work is underway on them. Both will become Flagship Express locations.

Sign at TeaDM Street Food Corner goes up in Sterling