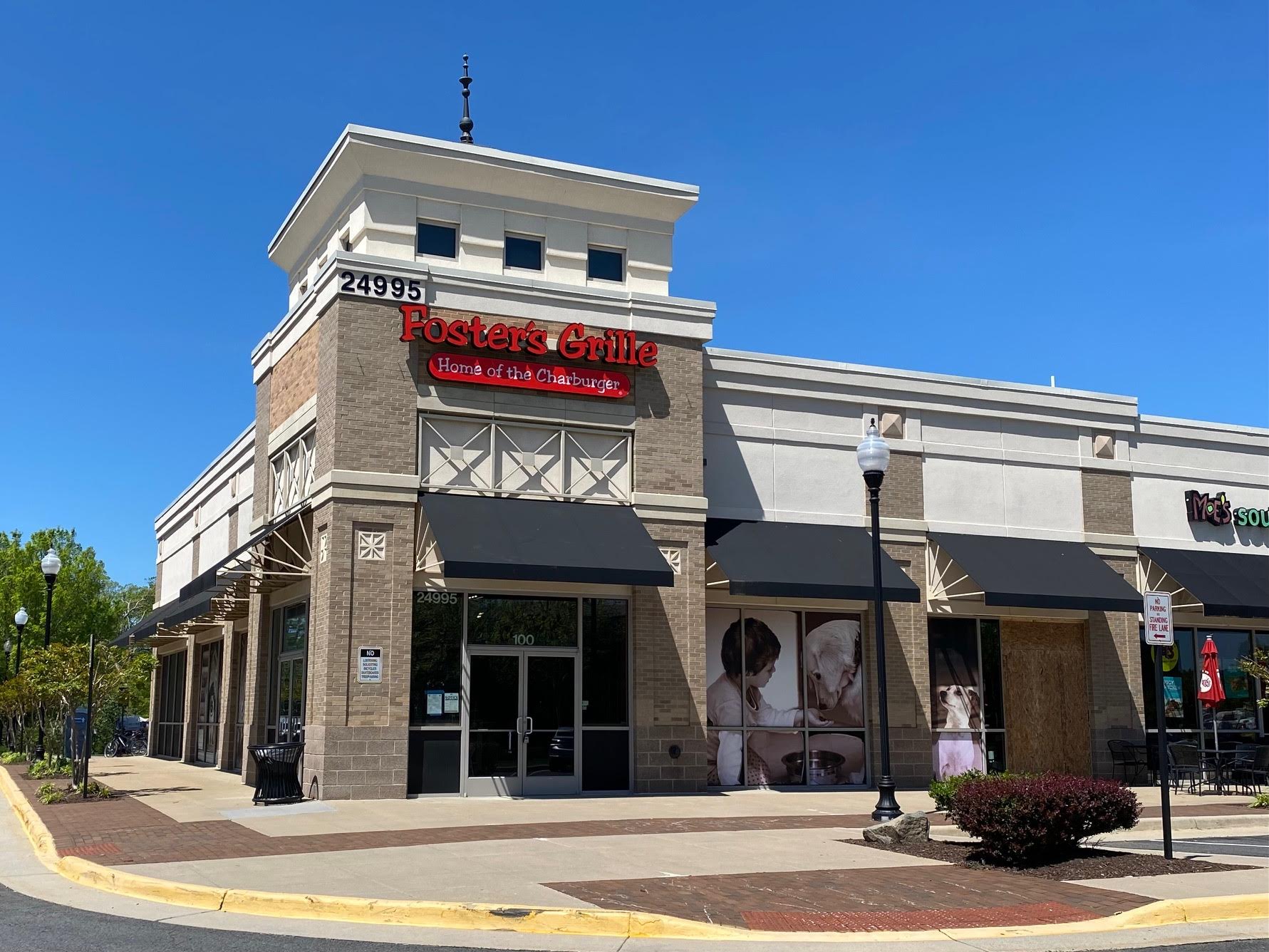 The new sign for the future Foster’s Grille in South Riding has gone up over the entryway as the burger restaurant moves closer to announcing an opening day.

The Burn broke the news last December that Foster’s was taking over a former pet shop space in the South Riding Market Square center.

Unlike some new restaurants where the sign seems to be the last thing to go up, in this case, the sign has been installed while work is still underway inside the 4,000 s.f. space.

The folks at Foster’s Grille HQ had originally hoped to be open by this date, but as often happens in construction — especially in this pandemic era — things haven’t moved as quickly as anticipated.

We’ve got a message in to the powers-that-be for an update on when they hope to open the South Riding store.