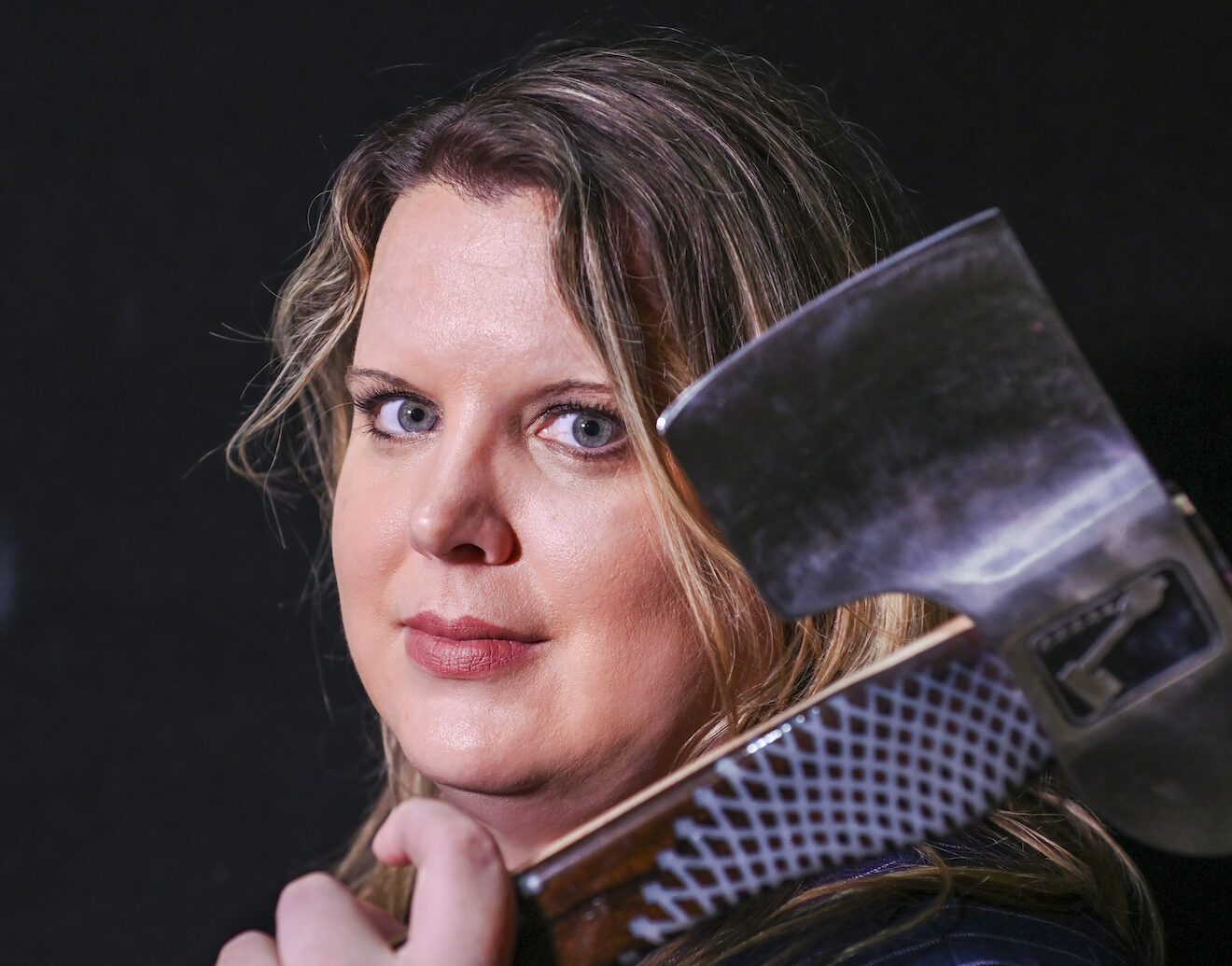 Like most attorneys, Suzanne Bassett flings a heavy satchel over her shoulder when she leaves her office for the day. But sometimes Suzie, as her friends call her, isn’t simply carrying a big load of case files to review.

“You never know what a woman has in her bag,” laughed Bassett, as she opened it to reveal a gleaming collection of hatchets, axes and knives.

Those eye-opening implements have made it through baggage checks at airports across the country. That’s because, at press time, Bassett is the top-ranked female in the World Axe Throwing League.

When you include men, she’s still No. 53 overall – out of more than 5,000 active league participants worldwide.
“I’ve always been competitive, both academically and in sports,” said Bassett, who lives in the Broadlands in Ashburn.

Click here to read about how Bassett discovered axe throwing — and why she believes she is so adept at it — over at the Ashburn Magazine website. She also shares her top tips for other axe throwers wanting to improve their game.