The 40-year-old strip center is getting a new, modern facade. 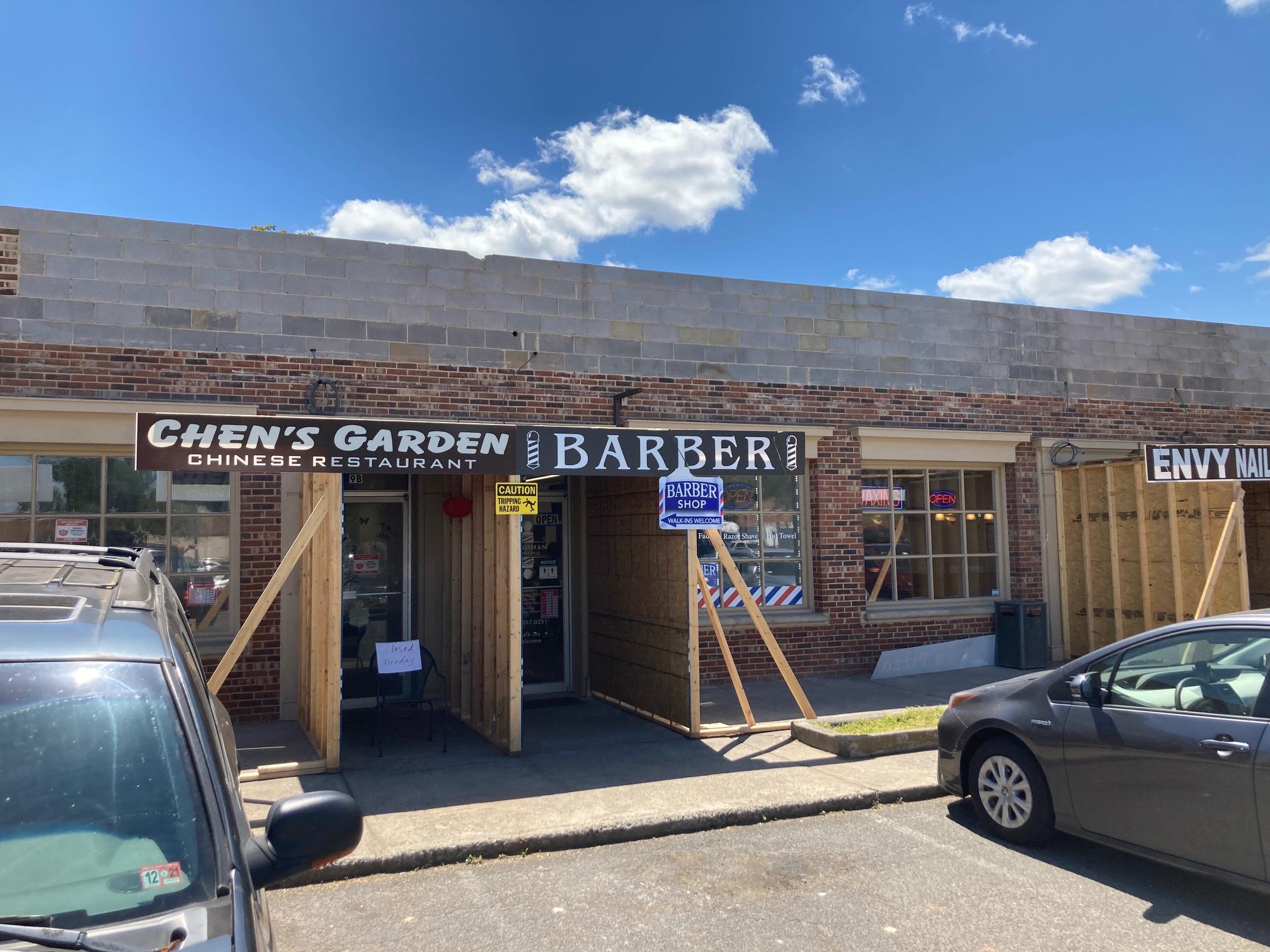 A small shopping plaza in Leesburg is getting a major make-over, modernizing the facade and store fronts. Work is already underway at the Shoppes at Kings Corner at the intersection of South King Street and Catoctin Circle SW.

The shopping center — previously known as Kings Corner Plaza — was built in 1979 and it showed. The facade was a bit out of date and tired. More recently, the plaza was renamed the Shoppes at Kings Corner and a new look has been in the planning for sometime. The Burn first reported about it back in August 2019.

There’s no confirmation that the designs seen in these artist renderings will be exactly what the finished facade will look like. So far, the wood shingled, mansard-style roof line has been removed and temporary coverings for the doorways have been built to allow customers to safely enter and exit during the construction. The stores and restaurants in the center are open during the work. 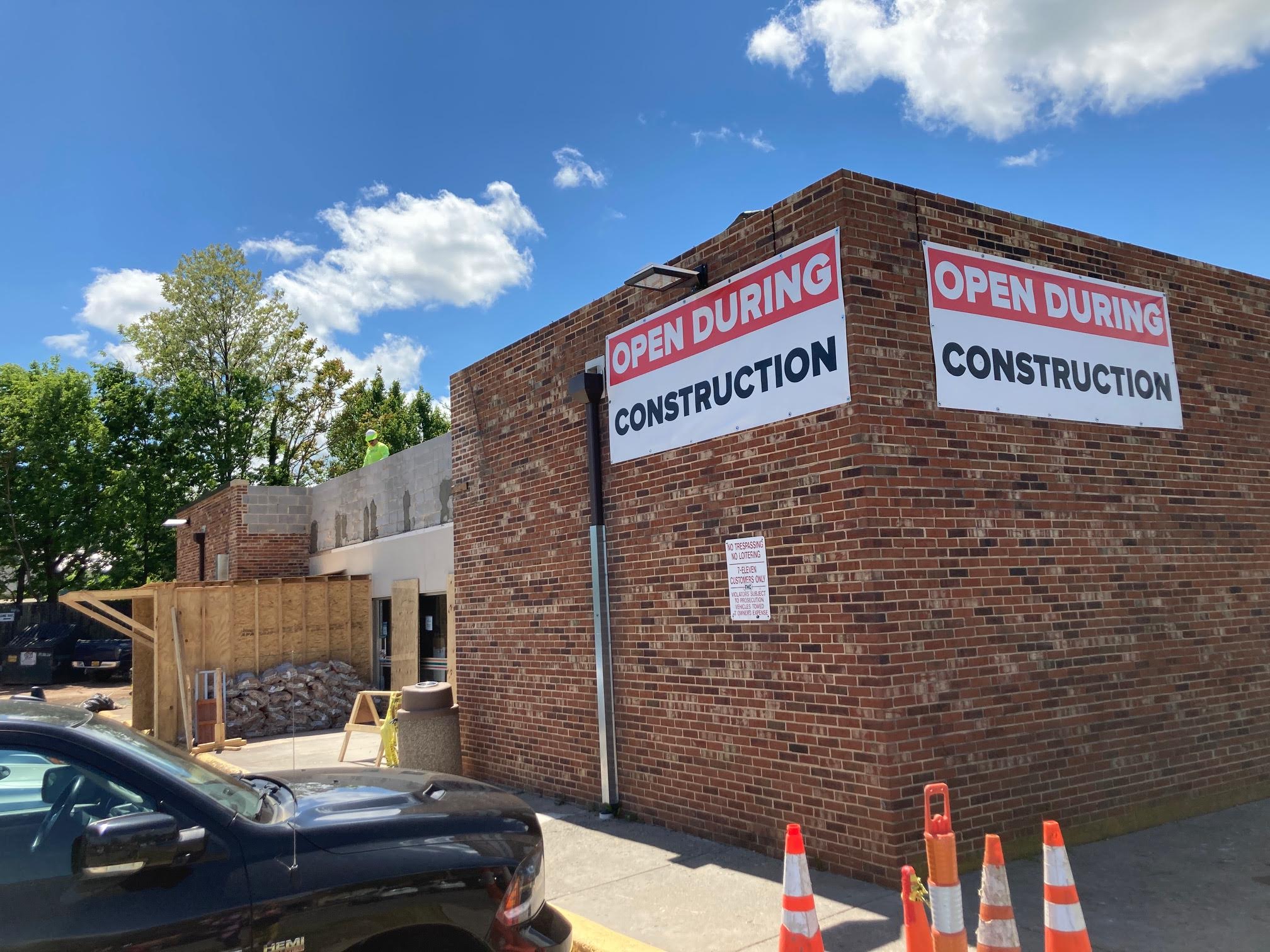 Tenants at the tiny center include a 7-Eleven convenience store, the SouvlakiBar fast-casual Greek restaurant, the Wishbone Rotisserie restaurant, the Dolce & Ciabatta Bakery and others.

(Thanks to Peter F. for the news tip and photos.)